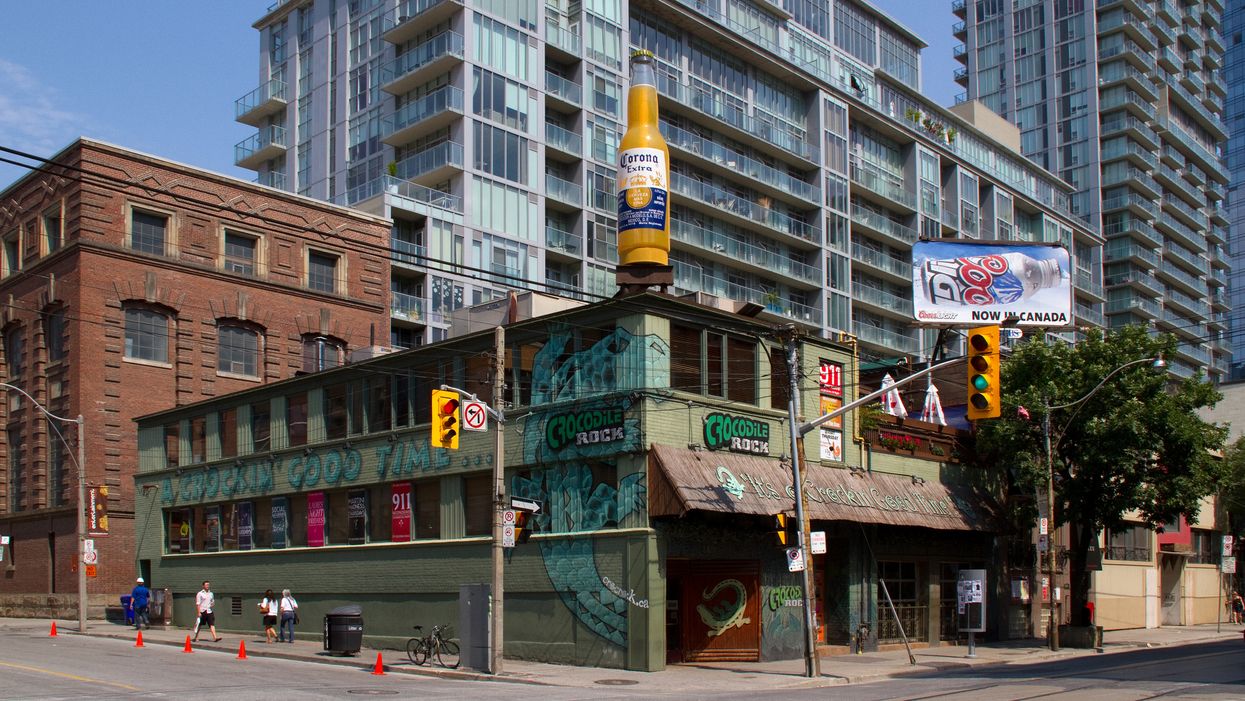 Crocodile Rock on Adelaide St. W is renowned as one of Toronto's best after-work bars and rooftop patios.  But unfortunately, you won't be able to visit this popular hang-out spot - which boasts breathtaking views of Toronto's financial district - for its famous $3.00 daily drink specials.  At least, not for a while.

The DineSafe report released by Toronto Public Health revealed that Crocodile Rock is one of the many local dining establishments under fire for failing to meet crucial and significant health and safety requirements.

Crocodile Rock, which has previously been slapped on the wrist for committing only minor food safety infractions, has been closed down by health inspectors on the basis of 6 different infractions that range from crucial to significant.

READ ALSO: These Restaurants Have Recently Been Charged With Health Infractions By The City Of Toronto

Perhaps the most disturbing infraction committed by the Toronto dining establishment is that the premise was maintained in a manner that permitted health hazards (AKA rodents). No matter how cheap the drinks are, it would be mighty difficult to convince any customer that dining in an establishment that has a rodent infestation is a bright idea.

Other infractions include failing to protect food from contamination and handling ice in an unsanitary manner. Here's the complete report, released by DineSafe on February 20th, 2019:

Crocodile Rock also failed to present a valid Food Handler's Certificate, used equipment with cracks in contact with food, and did not have the proper equipment to sufficiently sanitize surfaces/utensils in a chemical solution.

Crocodile Rock will likely reopen after they've had a chance to take care of the infractions and undergo reinspection by Toronto Public Health to get the green light.