These easily frightened creatures are getting bolder these days. 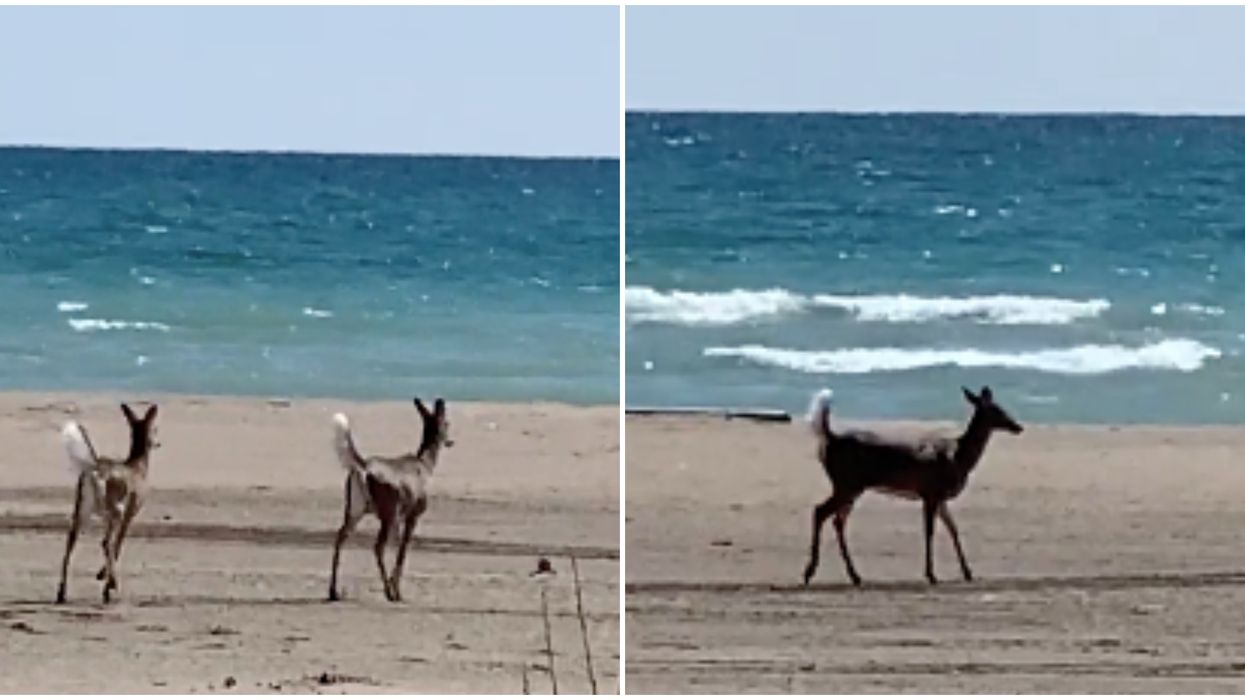 While humans continue to stay indoors, it seems that Toronto's deer population is starting to take over the city. Over the past few weeks, footage has started to appear of the wild animals flocking to local parks and beaches across the city. Some residents have even snapped photos of deer finding their way into backyards.

A Reddit user recently captured footage of two deer frolicking on the beach on a beautiful clear day in Bluffer's Park.

The normally timid creatures were out in plain sight, running through the sand as humans remained away from the area.

But this isn't the only unusual sighting of deer in Toronto recently. Mark Cohon, the Chair of the Juno Awards, recently shared a video of an entire family of deer casually hanging out on his front lawn.

The creatures looked unbothered while in plain sight, even with the family dog barking at them from indoors. Though Toronto has always had a wild animal presence due to our plentiful ravines, it is rare to see them walking around the city so freely.

Another Twitter user posted a similar scene just last week, depicting a deer sitting in the yard under the shade of a tree, looking happy as can be.

@jaketapper Toronto, Canada. This very comfortable deer that has visited my yard almost every day of the pandemic,… https://t.co/DzTabQ17tX
— PatienceIsAVirtue (@PatienceIsAVirtue)1586788324.0

"This very comfortable deer that has visited my yard almost every day since the pandemic, often with its friends/family," the tweet says.

Even more photos of the doe-eyed creatures have been shared over the last couple of weeks. They have even been spotted at busy intersections such as Pharmacy and Danforth in Toronto.

Foxes and coyotes have also been spotted walking on sidewalks more frequently than usual lately.

There was even a moose walking around Orillia earlier this month.

In fact, it has been predicted that wild animal populations will boom this year because the mating season for these animals has been uninterrupted by human presence.