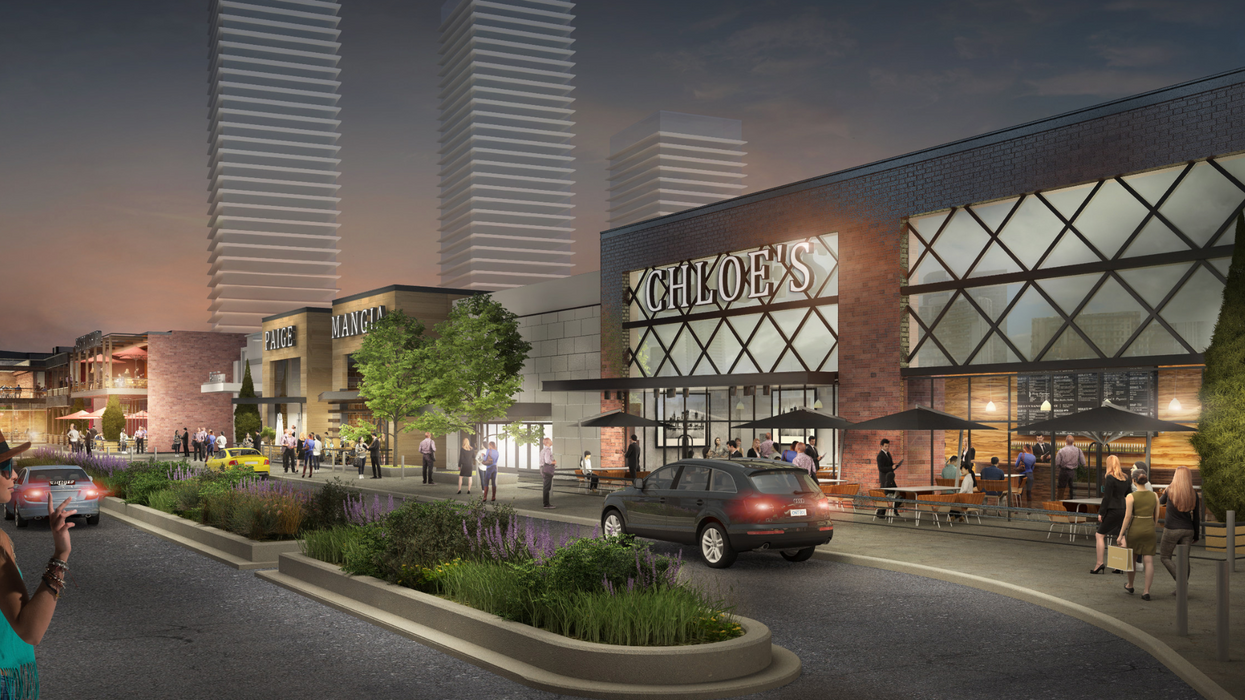 According to a press release by Cadillac Fairview, the existing department stores and retail spaces will be completely transformed.  The company plans to introduce "exciting brands" to the shopping centre, as well as creating a new row of dining establishments.

The press release indicates that construction is beginning this month, while the project's completion is not expected until 2023.  Fairview Mall received an investment last year for $10-million to create additional seating and to construct new restaurants inside the shopping centre's food court.

Cadillac Fairview and TD Greystone Asset Management are also working with the City of Toronto to potentially rezone the CF Fairview Mall premises in order to "accommodate additional, mixed-use density to meet the needs of the growing community."

The collaborative partnership may include the development of new residential, hotel and office space along the outskirts of the premises.

Wayne Barwise, the Executive Vice President of Development of Cadillac Fairview, said in the press release, "This area is undergoing many changes which reflect peoples' desire to work, live, shop and dine in a dynamic, transit-connected mixed-use community.  Our redevelopment plan is about diversifying CF Fairview Mall and the surrounding land so we can continue to offer a vibrant destination for people to come together and enjoy."

Jeff Trip, TD Greystone's Managing Director of Real Estate Investments, said in the press release, "We are excited to be involved in the redevelopment of CF Fairview Mall, one of Canada's premiere mall and shopping destinations in Toronto. The mall's strategic proximity to transit and nearby residential neighbourhoods is ideal for creating a unique experiential and service-oriented retail environment."