And people are freaking out 😝 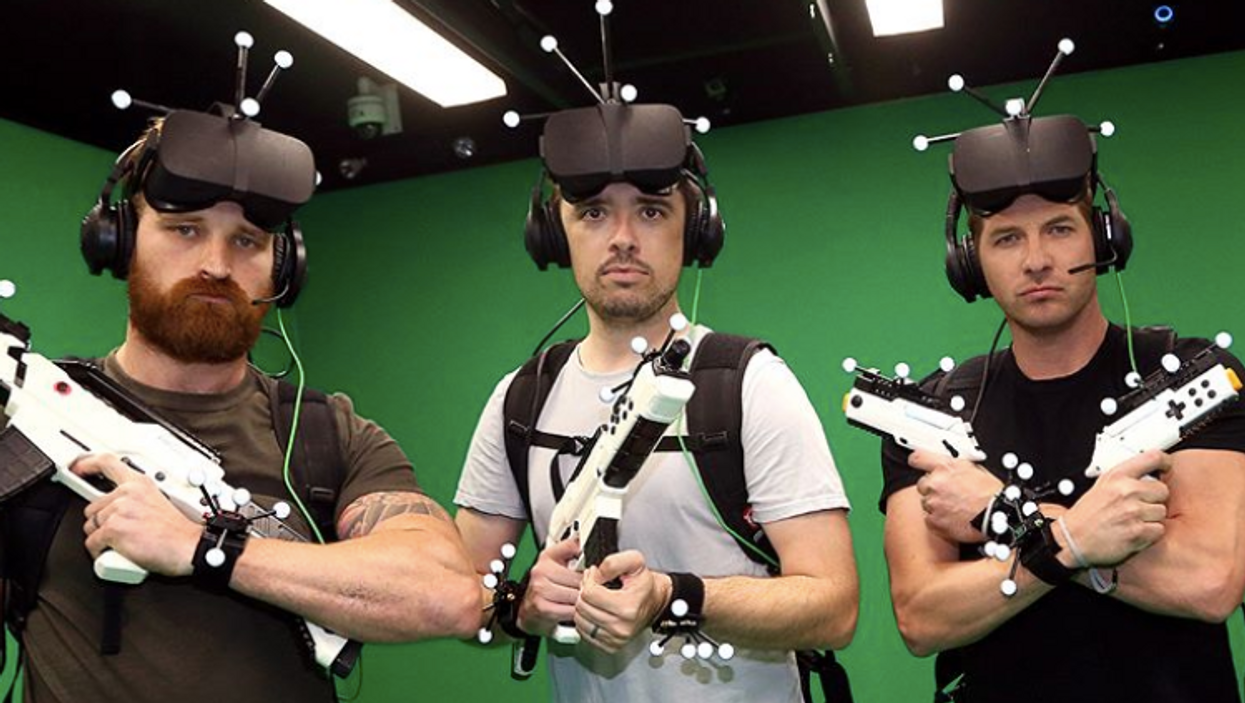 Toronto's Scotiabank Theatre has undergone some drastic changes recently, and its new look will have you questioning what is real and what isn't.

Because the landmark Toronto Scotiabank Theatre has transformed it's lower level into the first-ever IMAX virtual reality centre in Toronto.

And this insane new VR facility, which officially opened to the public Friday, has people freaking out, with screams of excitement coming from the game room heard throughout the theatre's lower level.

There are currently only three other IMAX VR centres like it, located in New York, LA and Shanghai. Toronto's version of this innovative centre features premium technology and world-class content "that lets users see, feel, move and play in new worlds in a powerfully immersive and realistic way," according to a news release issued by Cineplex in August.

Players at the IMAX VR centre will be equipped with groundbreaking VR headset technology that will immediately transport them into the interactive virtual reality experience, featuring 360-degree sound and advanced room tracking.

And this latest addition to the family of IMAX VR arcades is decked out with futuristic pod-like cubicles that feature a bunch of familiar character and games,  like the shooter John Wick Chronicles, sci-fi co-op game Raw Data, Ubisoft’s Eagle Flight, and the team-based Star Trek: Bridge Crew.

Players can also look forward to slaying zombies, fighting off Stormtroopers or taking revenge on dog-killing criminals while immersed in the game world. Multiple players participate at one time, competing against each other for the highest score and the biggest bragging rights.

Each experience varies in length, but most of the games range from about 7 to 20 minutes at the Scotiabank Theatre VR Centre.

With doors officially open to the public, tickets can be purchased at the theatre directly. Happy gaming!