Everything about this is SO cool. 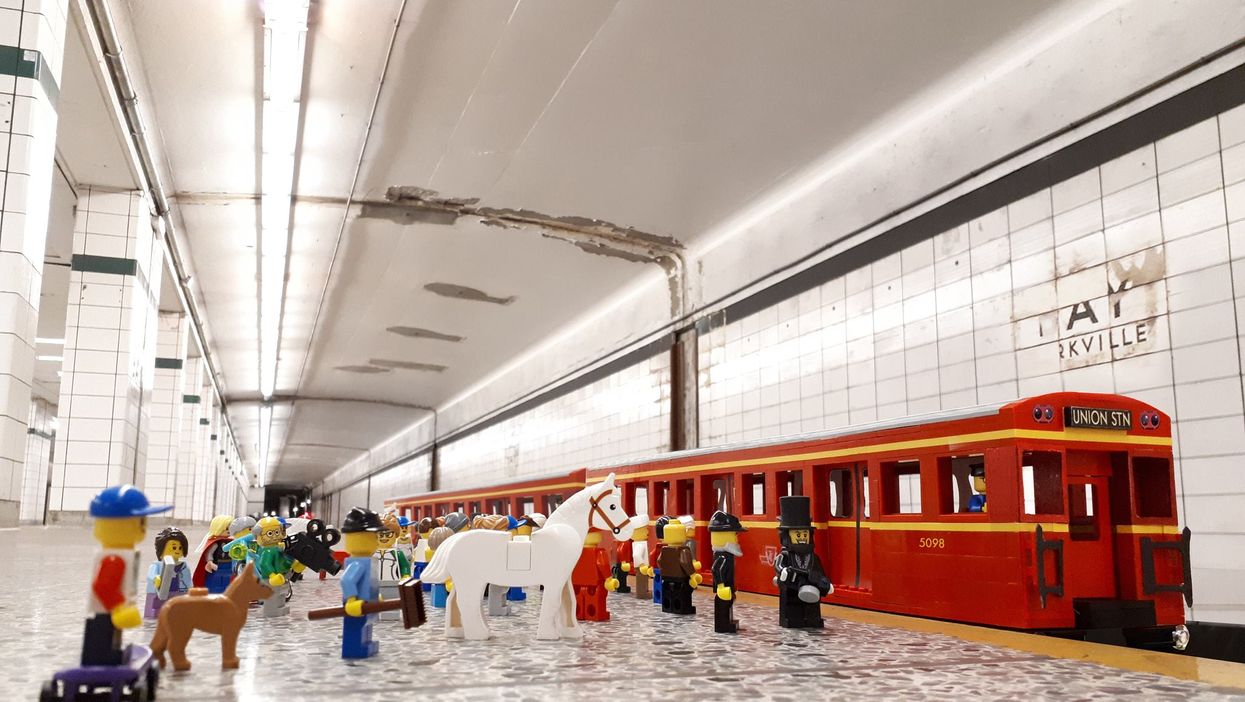 As part of Toronto's annual Doors Open event, Transit Bricks is putting on a display of Lego TTC buses, streetcars and other miniature replicas of Toronto transportation. The exhibit will be held at Lower Bay Station, a subway station that has been closed to the public since 1966.

The exhibit is on Saturday May 26th from 10 AM to 5 PM. The event is free, but visitors will be required to pay regular TTC subway fare to enter. An adult single fare is $3.25, and students and seniors pay $2.10. Public access to Lower Bay Station is really rare, but it's been used as a location in major Hollywood productions like The Handmaid's Tale, Totall Recall and Resident Evil. To get there, visitors have to take an escalator down from Bay subway station on the Bloor line.

The Lego exhibit will also have tons of photos and information about the history of transportation in Toronto, which is really cool. Some of the Lego exhibits are actually motorized, so they travel on the tracks like real trains would. For more info about the Lego exhibit, check out the Toronto Transit Bricks website. To RSVP to the free exhibit at Lower Bay Station, click here.