It looks like everyone wants to be a part of it! 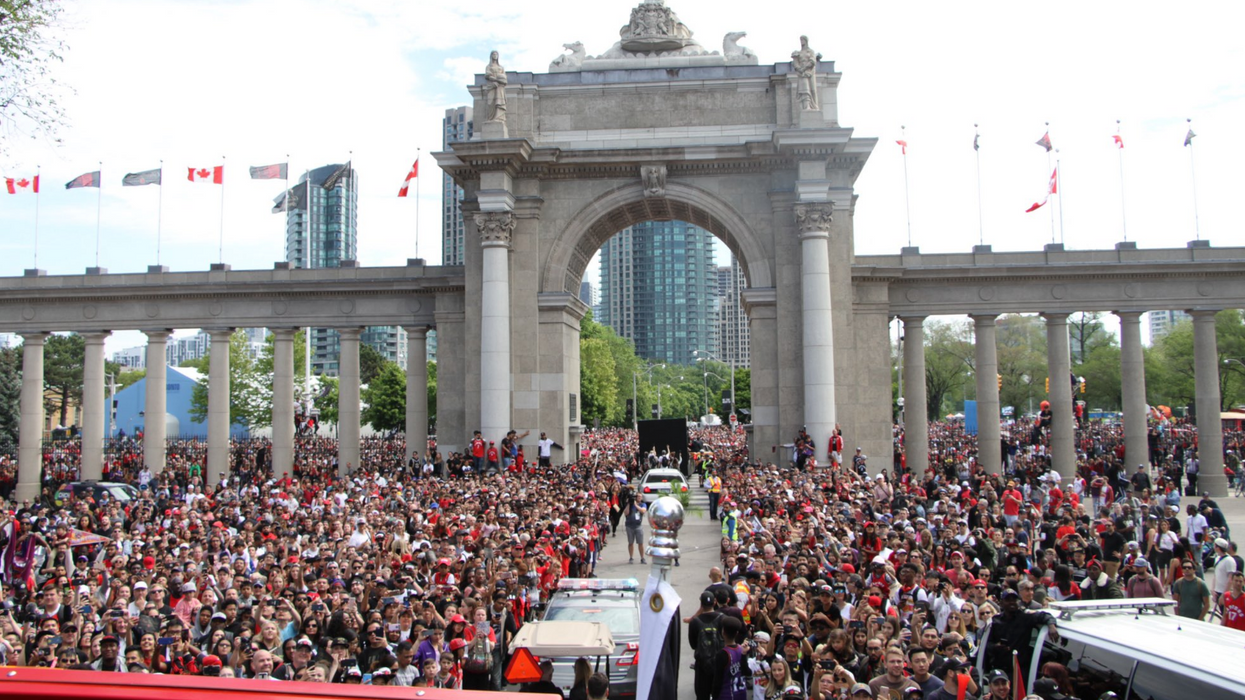 Toronto is going wild today to celebrate the Raptors' historic NBA championship win. The city has been transformed into a huge parade, and it's so entertaining that people can't stop watching – including drivers on the highway. Toronto's Raptors Parade has stopped highway traffic on the Gardiner Expressway and there's several videos proving just how much the celebrations are literally a show stopper.

The Toronto Raptors victory parade started this Monday morning, and it sure is an exciting way to start off the week. After a long ride that had us all on edge, the Raptors came out victorious, beating the Golden State Warriors to claim the championship title.

All of Canada went absolutely wild when they won, and although it's been several days since the game, people have not stopped celebrating – especially Toronto.

The parade has been going on for several hours today and many celebrities and players are taking part in the celebrations too. Unsurprisingly, the commotion has caused overcrowding and traffic delays.

Now, the Raptors parade isn't just causing delays on Toronto streets, but the highway too. Several drivers have parked their cars right on the Gardiner Expressway just to see what's going on with the parade.

Several videos of all the drivers stopping on the highway and getting out to watch the parade below have been posted on Twitter.

Check them out below!

People are stopping on Gardiner Expressway and getting out of their vehicles to watch Raptors parade along Lakeshor… https://t.co/WVRqgRqNjH
— carl hanstke (@carl hanstke)1560787582.0

Unless you want to be in REM’s Everybody Hurts video, AVOID the Gardiner Expressway. 2 lanes of traffic have pulled… https://t.co/KlpuvrwuTF
— Sandra (@Sandra)1560788133.0

might as well just shut down the gardiner at this point, pretty good view from up there #RaptorParade https://t.co/dIMSXEvrlW
— Justin Cusato (@Justin Cusato)1560788428.0

People getting out of their cars to watch the Raptors parade isn't the only thing that's causing safety concerns and traffic delays today. Overcrowding has become a serious problem at the celebrations, which is not a surprise to many, because over two millions fans were expected at the parade.