Be prepared for delays. 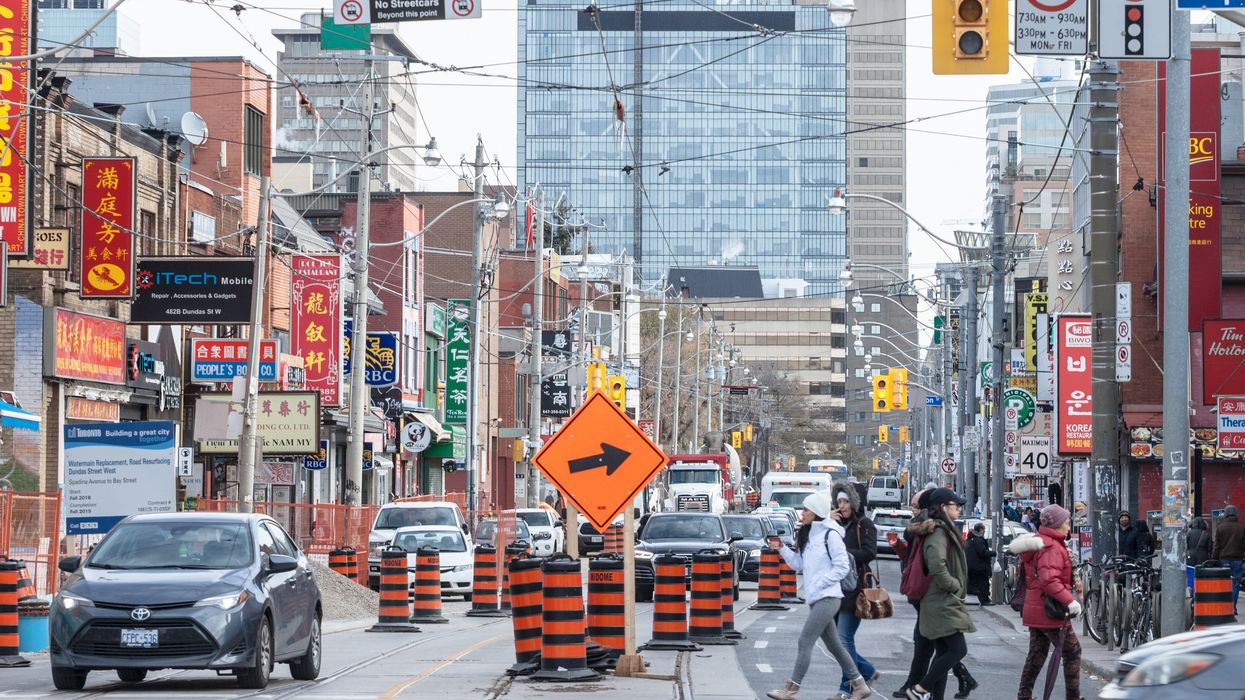 If your commute takes you across Richmond Street West get ready for some serious delays. On Tuesday, a major construction project started which will replace a watermain as well as repair sidewalks, the road, and even the cycle track in downtown Toronto. To make it even worse, construction won’t be completed until the summer of 2020.

In a press release, the City of Toronto said that the Richmond St. W. construction will go from Bathurst Street to York Street with lanes being closed off at different times during construction until next year.

Thanks to the 143-year-old watermain, bikes and cars will have to share one lane of traffic during the closures. This could provide challenges as cyclist safety is top of mind for riders and advocacy groups.

Richmond St. is one of few east-west roads in the downtown core that has a designated lane for bicycles. According to the City of Toronto, these types of lanes make for safer cycling because of its separation from traffic.

Toronto Police report that last year 40 cyclists were killed or seriously injured in traffic-related accidents in the city. That number is down from 2017, but it is still a serious problem across the city.

While there is no shortage of complaints any time construction starts around the city, some residents are actually coming to the city’s defense.

One Twitter user said, “Some people in Toronto are complaining about the construction on Richmond Street and the hassles it is causing. The City is replacing a *143* year-old watermain. In a perfect world it would have been replaced years ago, but it wasn't. What other solution is there right now?”

@SimonOstler @AlbertGlobal Some people in Toronto are complaining about the construction on Richmond Street and the… https://t.co/h3yFMRj9py
— Rip Reynolds (@Rip Reynolds)1563853827.0

The construction also has people wondering about how the project will affect transit. One person tweeted to the TTC and asked “Because of the construction on Richmond are there going to be diversions for the express buses? The current construction on Adelaide and Richmond make it more time effective to take the Queen streetcar rather than the 145.”

In case you haven’t noticed, this isn’t the only part of the city that’s under construction. In the press release, it's stated that work on Toronto’s ancient infrastructure means that this year alone “construction will affect over 600 roads.”

So be prepared for widespread traffic jams and detours.