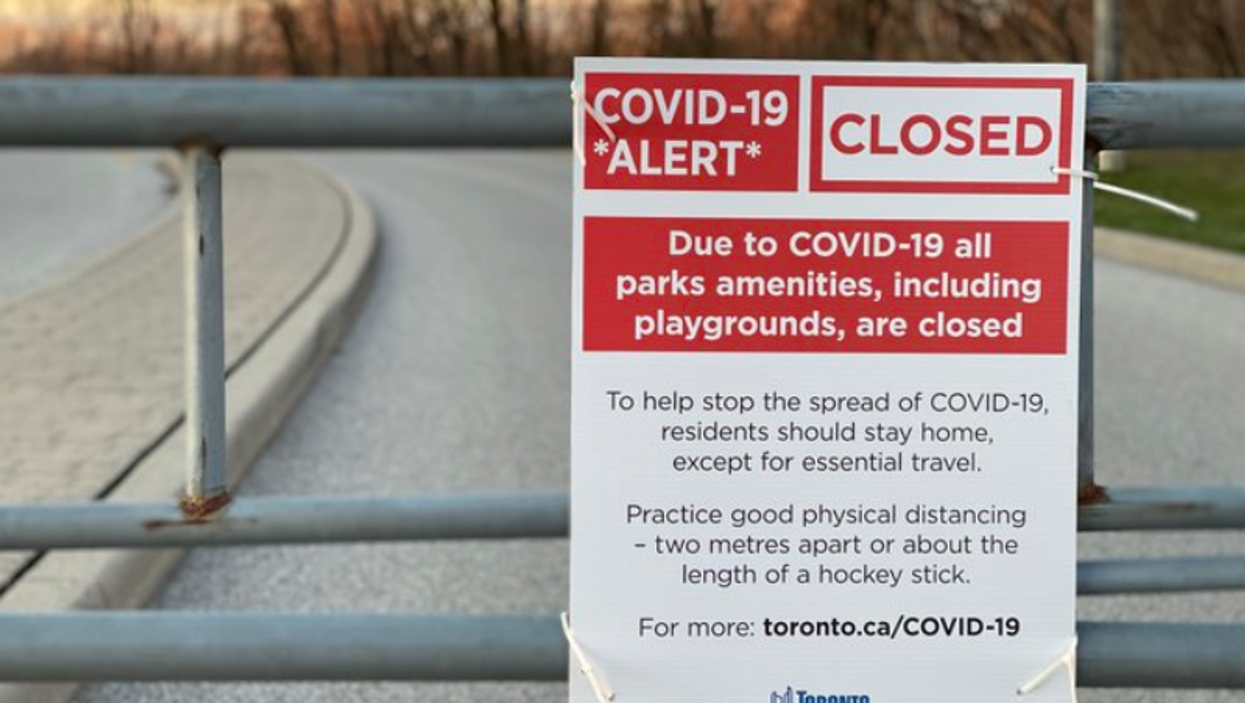 While both police and the City of Toronto are warning residents to stay indoors, it seems that many Torontonians are continuing to head outside to enjoy the spring weather. Toronto Public Health reported on Wednesday that the City received nearly 500 social distancing complaints, as large groups of people continued to flock to local parks and outdoor amenities. As people continue to ignore Toronto's social distancing rules, more fines are continuing to get handed out.

According to a press release, the City of Toronto received 482 complaints on Tuesday about residents who weren't practicing social distancing or who were using amenities that are currently closed off to the public.

Out of these complaints, police issued 33 tickets to those who were not following the new safety measures.

"Yesterday, the City received 482 complaints about people using park amenities or not practicing physical distancing in parks. Bylaw officers spoke to 629 people regarding the closure of park amenities and distancing and issued 37 written cautions and 33 tickets – bringing the total to 53 tickets since April 4," read a statement.

The City also received numerous complaints regarding non-essential businesses attempting to stay open during the lockdown.

This isn't #SocialDistancing Toronto, we have been fortunate to watch this happen in other major cities across the… https://t.co/zq5NuOI9l6
— PCPapadopoulos (@PCPapadopoulos)1585617387.0

Now, the City of Toronto is urging everyone to stay home over the Easter weekend and only connect with family and friends online or over the phone.

"The City urges everyone to remain at home, leaving only for essential reasons. The holidays are important spiritually and emotionally for many and to support this, people are encouraged to connect with loved ones, friends, and vulnerable members of the community online or by phone," they state.

According to city officials, there are currently 1,570 cases of COVID-19 in Toronto.

1,332 of these cases are confirmed, while the other 238 cases are listed as probable. One hundred fifty-six of those people are in the hospital, and 71 are in ICU.

As of Thursday morning, Ontario has 5,276 cases across the province.

Mayor John Tory had previously announced that anyone caught failing to maintain a two-metre physical distance from each other would be fined up to $5,000.