Even the U.S is showing their pride spirit! 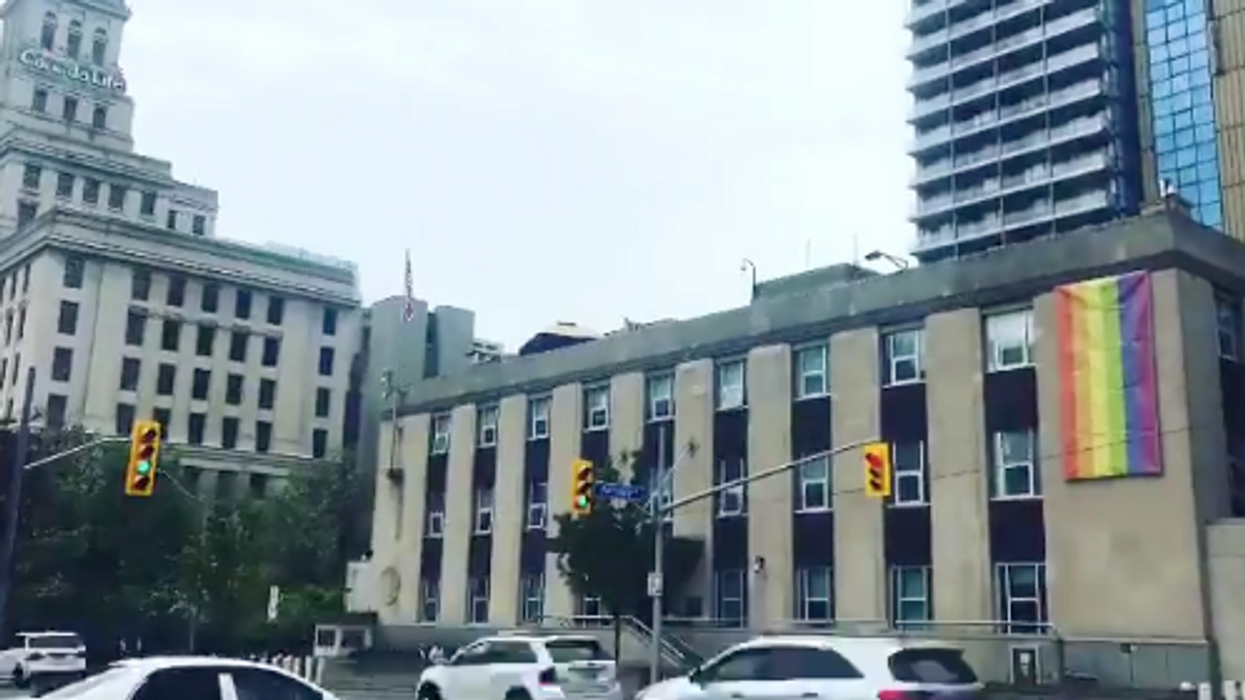 With Pride weekend in full swing, the city of Toronto has completely transformed into a colourful paradise as companies and the city decorate the buildings and streets throughout the city to show their support. Even the U.S Consulate in Toronto has draped the famous rainbow Pride flag over their building, even though President Donald Trump has been refusing to allow U.S Consulates around the world to do so. Canadians are overjoyed that the U.S Consulate in Toronto decided to show their Pride spirit, despite going against Trump's wishes.

The Toronto U.S Consulate took to Twitter earlier this month to showcase a pride flag hanging for their building. They stated that "For the 6th year, we are proudly raising this beautiful Pride Flag at the U.S Consulate in Toronto to mark June as #PrideMonth".

Although the gesture is quite common throughout the city, hanging a flag on the U.S Consulate is likely to be a bit more problematic, especially since it is going against Donald Trump's wishes.

According to NBC, a rainbow pride flag cannot be flown outside U.S. government buildings without approval from the President. NBC states that the Trump administration has already rejected requests to hang the Pride flag by multiple U.S. embassies, including Israel, Germany, Brazil, and Latvia.

In an interview with NCB, Mike Pence defends Trump's decision on not allowing government buildings to freely hang these flags by stating, "When it comes to the American flagpole, and American embassies, and capitals around the world, one American flag flies".

However, whether or not Trump has reached out to the Canada consulate to stop supporting the Pride flag has not been confirmed.

Nonetheless, with Trump already banning the hanging of the Pride flag in other countries, Canadians are proud that  Toronto's U.S Consulate is still proudly hanging their own Pride flag, despite Trump making it clear that it's not something that he supports.

Canadians have taken to social media to show their respect for the strong action. While not confirmed, some users are speculating that the US consulate is sneaking around Trump's 'ban' by not actually hanging the flag on a flag pole, but by draping it over the building.

The US Consulate in Toronto. Remember there are lots of good people in government that want to serve all the peopl… https://t.co/Ah4eLPBgI5
— steyrshrek (@steyrshrek)1560992573.0

According to the Huffington Post, previous policy through Barack Obama allowed pride flags to be present outside of government buildings as long as they were smaller than the U.S flag.