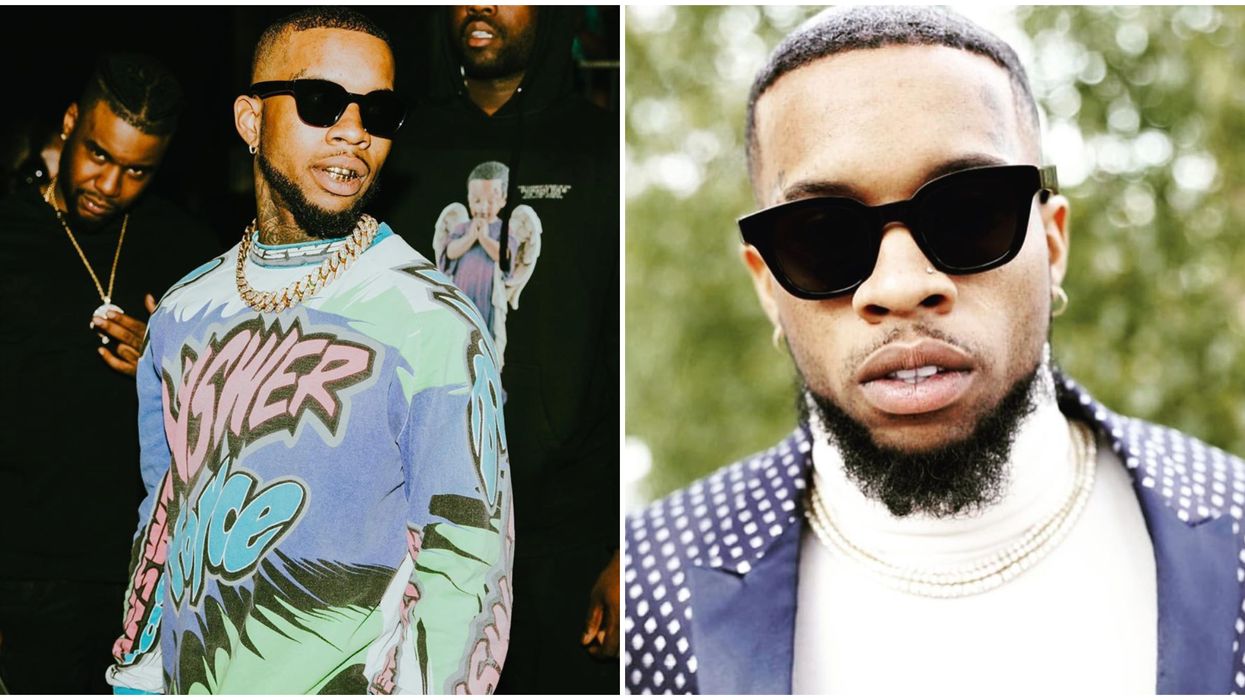 Back in November of 2019, Tory Lanez released his highly anticipated Chixtape 5 album. Just a month later, the artist announced he would be headed out on a brief tour to support the album and last night, Tory Lanez’s Toronto concert left the audience wanting more.

According to The Source, the Chixtape 5 tour consisted of only three dates—Los Angeles on February 20, New York City on February 22, and lastly, Lanez’s hometown of Toronto on February 23.

The tour announcement has since been deleted from the rapper’s Instagram page, but it mentioned that he’d be bringing some friends along with him on the tour, which made fans even more excited to snag their tickets.

According to a tweet, Lanez brought out huge names like Snoop Dogg, Ty Dolla $ign, Chris Brown, and T-Pain at his Los Angeles concert a few days ago, so when it came time to perform in the 6ix fans thought the 27-year-old would keep the momentum going with some awesome guests.

One person that fans were expecting to see last night was Toronto’s own Drake, especially because the two apparently squashed their beef and developed a bromance in recent years. To many people’s surprise though, Lanez only brought out Canadian R&B singer, Jessie Reyez.

“So Tory has all these Chixtapes and albums with so many features, names the tour ‘Tory Lanez and Friends’, comes to Toronto (his hometown) .. And only brings out ONE artist on stage?”, one person tweeted.

“Tory Lanez promoted his Toronto show as ‘Tory Lanez and Friends’ and he only brought out Jessie Reyez??”, commented another.

So I heard Tory Lanez only brought out Jessie Reyez at his Toronto show tonight. He really finessed everyone. https://t.co/c5XdXaeZv1
— Réjean Pinder (@Réjean Pinder)1582519401.0

The Brampton-born performer heard fans' complaints loud and clear and hopped on Twitter early this morning to offer an explanation.

The Chixtape 5 tour may not have turned out exactly how fans envisioned it, but on the bright side, the “Freaky” singer will be performing at the 2020 Juno Awards in Saskatoon on March 15.

Lanez has also been teasing an upcoming project called The New Toronto 3 which, according to a tweet from Hot Freestyle, will be released later this year.