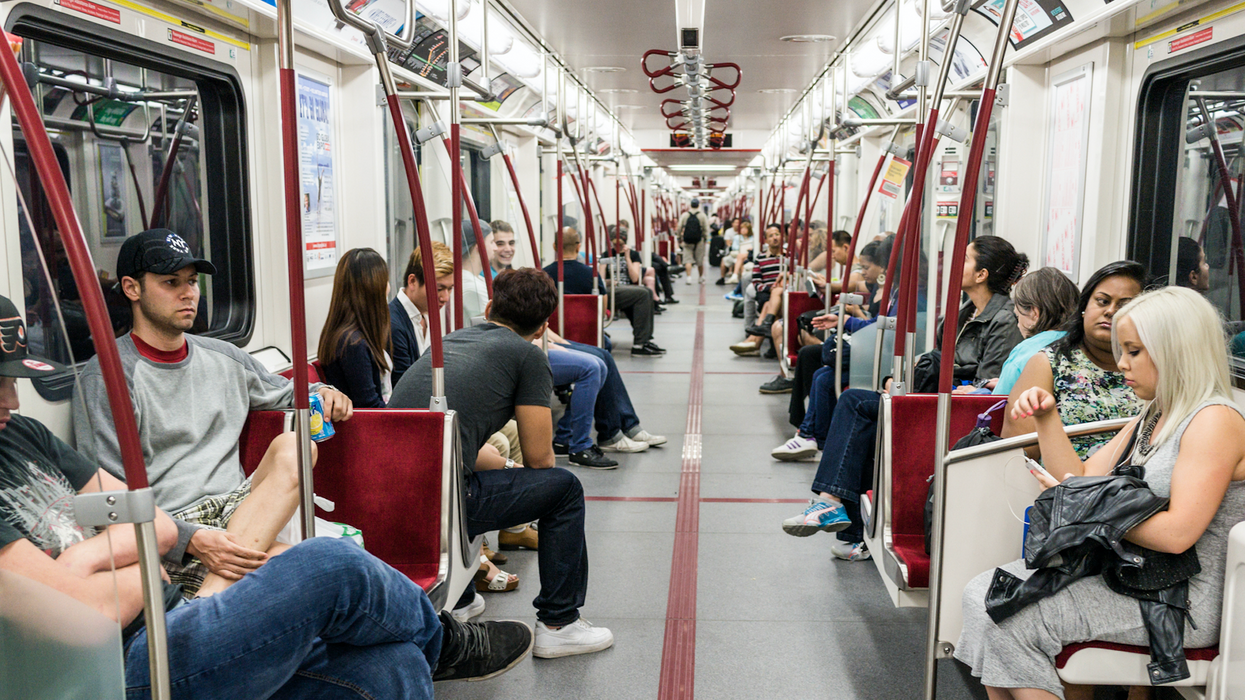 The TTC has been partly wired with cellphone service for three years now, but only Freedom Mobile users are able to access the network. The big three - Bell, Telus and Rogers - haven't agreed to join in yet, according to a new online petition from BAI Communications Canada. The petition was created to fight for TTC cell service underground and argues that phone access on the subway is essential. "More than two-thirds of TTC riders surveyed are unaware that connectivity is available on the subway in Toronto, and 71% don’t realize that their mobile carrier isn’t allowing them to use it," says the website for the online petition. The Globe and Mail reported that the entirety of the TTC isn't covered, though. It is just the downtown U of the Yonge line as well as the extension to Vaughan. BAI Communications Canada surveyed TTC riders and found that at least 60% of them have missed important emergency communications because they didn't have service while on the subway. Emergencies aren't the only concern. Answering important business emails and calls could be possible, but at the moment, it isn't under most service providers. If cellphone service was granted, students and commuters would also be able to work during their commute and save time, creating a good work-life balance while also boosting productivity, says the website.

Bill Killorn, media relations with Rogers, provided Narcity with the following statement. “We’re focused on delivering a reliable, consistent experience for our customers and will always look at opportunities to expand our network. For example, in Montreal, we successfully partnered with Canadian carriers and the transit authority to bring wireless service to the Montreal subway system.”

Narcity also obtained this email statement from Bell. "Canadian wireless providers including Bell look forward to building out the wireless infrastructure required to serve customers on the Toronto subway system but have been denied access to do so."

The TTC ran a full competition for this contract to provide wireless service on the subway, and it was won by BAI in 2012. It’s an exclusive contract, which Bell competed for but didn’t get. BAI has operations all over the world and they’ve done the same thing on the TTC as they’ve done in cities like New York and Hong Kong, which have way bigger carriers with far more riders, and it has worked. There is no room on the TTC for every individual service provider to install wireless services.

"Toronto should consider the Montréal transit system model – all carriers were invited to participate in its wireless buildout and Montréal subway passengers have had wireless service from multiple providers since 2014."

BAI Communications Canada, the company responsible for wiring the TTC with cellphone service, signed a 20-year deal in 2012 worth $25 million to ensure subway cell service, but only Shaw's Freedom Mobile has signed on.BAI has now launched an ad campaign aiming to change this, and get service for most riders, instead of just a small fraction.

"We built a platform that can host any company with licensed spectrum," Ken Ranger, chief executive of BAI, told the Globe and Mail."It’s time to ensure that the public knows that the option is there for coverage." BAI goes on to inform us that Toronto is the only major Canadian city without underground service.

"Connection to mobile networks on transit should be a no-brainer. Many other countries already have a system in place to allow riders to use networks," said an anonymous TTC rider who participated in the TCONNECT survey issued by BAI.