TTC Line 1 service between St. Clair West and Union will be slow this January. 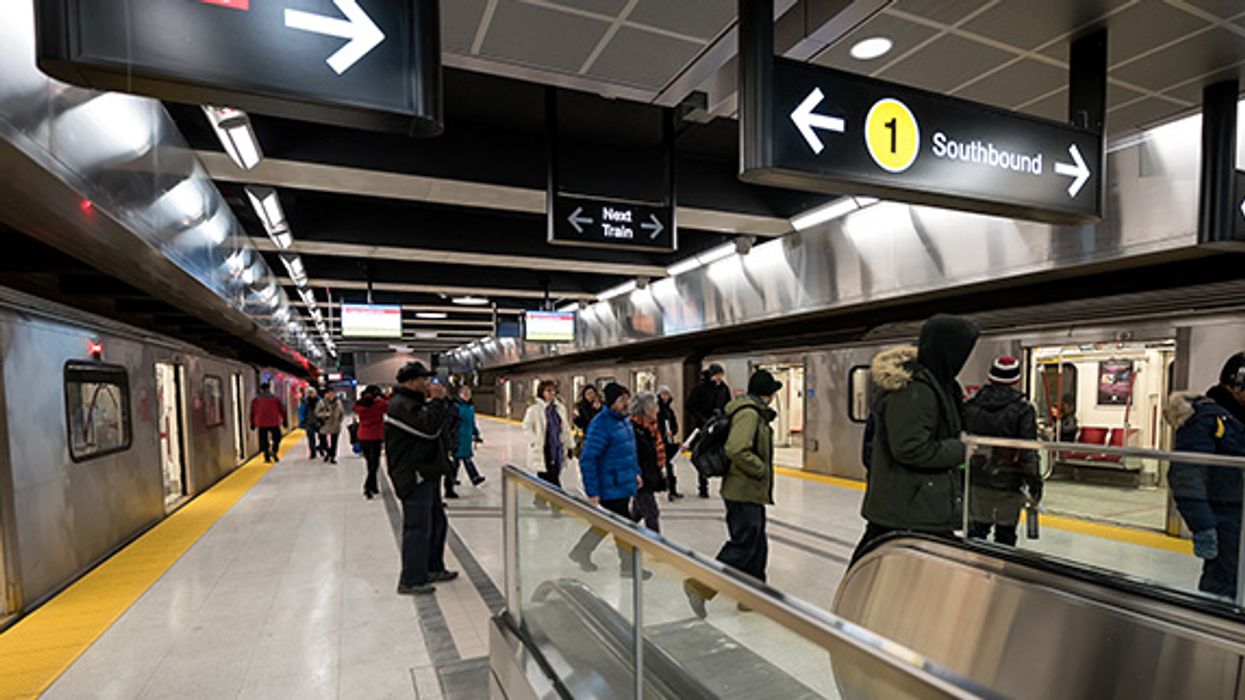 This morning, the TTC's issues and relations management specialist, Stuart Green, revealed that commuters are in for delays on Line 1 for the next two weeks. Green says that morning subway service on the TTC will be slow this month to accommodate track maintenance. Service will be impacted on the TTC's busiest subway line through Thursday, January 24th.

"Trains have to follow a go-slow order in place n/b between Union and King as we prepare to replace 1000 feet of rail on that screechy turn," Green says. His note warns travellers on the TTC that inbound subway trips could be impacted " as far north as St. Clair West".

READ ALSO: Doug Ford's Government Is Officially Planning To Take Over The TTC

The maintenance work is clearly quite extensive, as Line 1 is shutting down all weekend long between St. Clair West and Union. On January 12th and 13th,  crews will continue to install the new Automated Train Control (ATC) signal system. Which according to the closure notice, will "help the TTC improve capacity by allowing for increased trips on the line." Shuttle buses will run as they normally do during subway closures.

Service on #TTC Line 1 will be slow in the mornings through Jan. 24. Trains have to follow a go-slow order in place n/b between Union and King as we prepare to replace 1000 feet of rail on that screechy turn. Inbound trips could be impacted as far north as St. Clair W.

Needless to say, Toronto commuters are not pleased about Green's sudden announcement.

Bummer that we’re only finding this it today when for three days the commute has been late for work levels of slow.

This is getting ridiculous. There is always something. Every day I have been late work just because of the #TTC 🤦🏻‍♀️

I watch CP24 every morning and didn’t hear anything. If I’m already at the station there is nothing I can do.. I’m going to be late. There is always something every. Damn. Day. 🤦🏻‍♀️

To these tweets, Green replied, "We were tweeting, announcing and issued service alerts as often as possible. We'll have to increase frequency. Thanks for sharing."

Green didn't specify how long these morning delays might take, and how much extra time travellers should give themselves to arrive at their destination on time.