The problem is expected to take hours to fix. 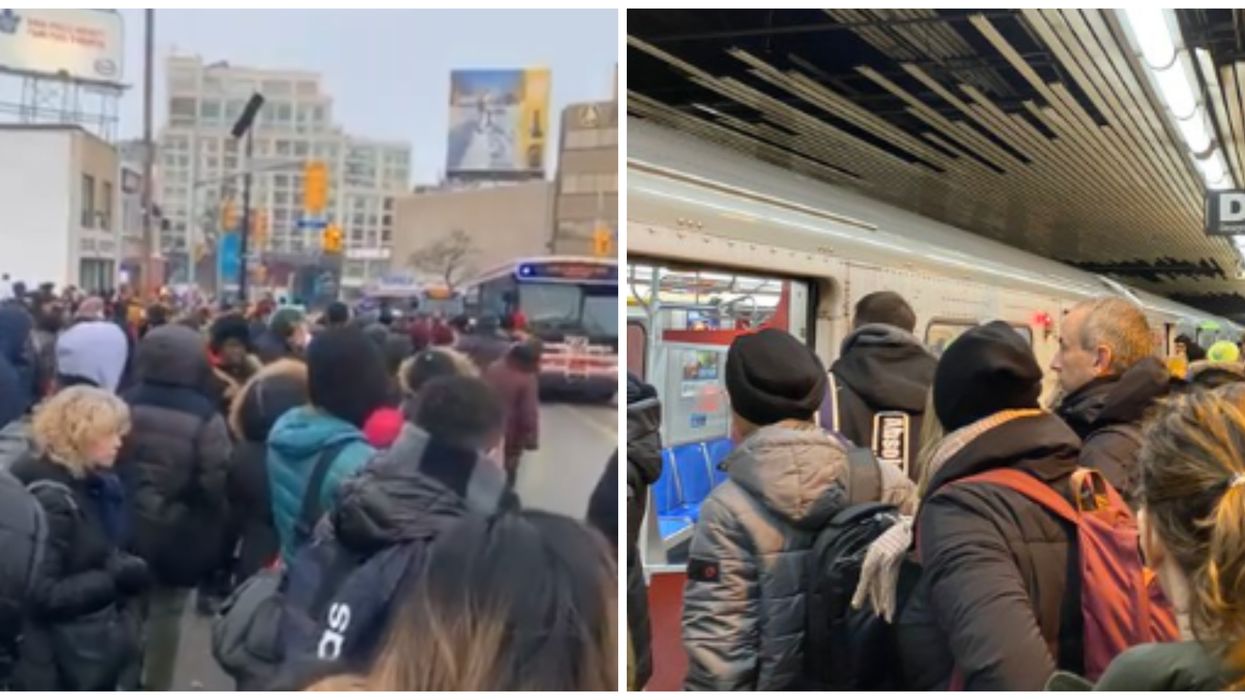 Some Toronto commuters were in for a long journey today, as massive TTC delays were reported on Line 2. The TTC confirmed around 6:00 a.m. on Wednesday, January 22, 2020, that subway service had been suspended between Jane and Ossington subway stations due to a partial train derailment. Shuttle buses are operating.

The unexpected closure, which is expected to take hours to fix, is currently forcing travellers to take replacement shuttle buses, however, crowds have already started to gather.

Complaints of delays flooded into Twitter this morning. Some people even suggested that the replacement buses “weren’t coming” or that their driver “was lost.”

It got so bad that at one point CityNews’ Tammie Sutherland reported that people had begun walking down Bloor from Jane station in an attempt to catch an open shuttle bus.

However, she also noted that most of them were still overcrowded to the point where no one else could squeeze in.

“This could take a while. Our track crews are on scene assessing. 100 buses ordered. If coming in from the west, recommend picking up GO at Kipling. You can ride on a TTC fare," Stuart Green, a TTC spokesperson, wrote on Twitter.

“Our crews are reporting a partial derailment of one of the middle cars of a train that was leaving Keele Yard. It was not in service. Currently assessing cause and rerailing plan, but this will be a few hours to resolve. 100 shuttles ordered Jane to Ossington. GO protocol below,” he added.

By 7:00 a.m., the TTC was recommending that its west-end customers switch over to the GO trains to avoid further congestion.

The agency also noted that customers wouldn’t have to pay twice as their subway fare could be “utilized” for GO transit.

@TTCnotices You guys must have shuttle buses departing from each station that it is close. What is happening at Jan… https://t.co/383XBRtTnC
— Milla Santana (@Milla Santana)1579699389.0

The derailment wasn’t the only thing the company had to overcome this morning.

The agency also reported that an SUV had become trapped in a Union Station streetcar tunnel after mistakenly driving in it.

Thankfully, the mess was cleaned up by around 6:00 a.m. and regular service has since resumed.

However, it is still unclear when Line 2 will resume regular service.