TTC Customer Service comments on a bed bug sighting on the subway in Toronto. 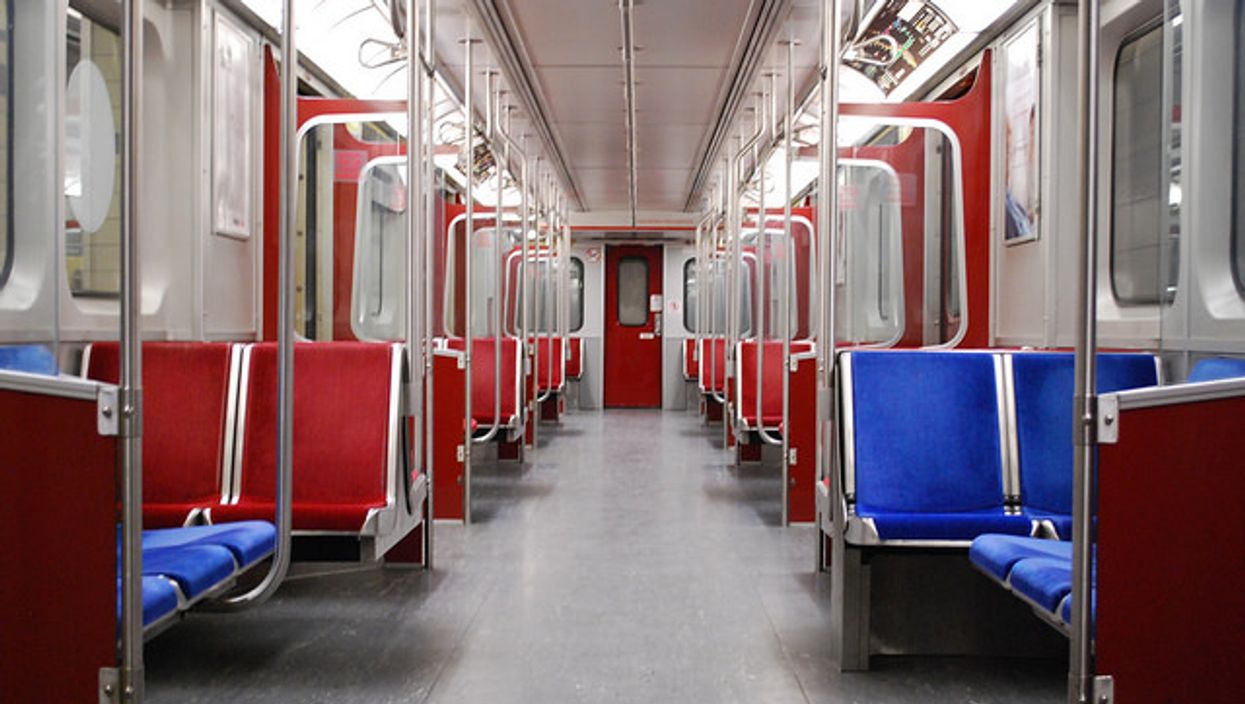 Torontonians are absolutely disgusted by a new photo of a bed bug on the TTC, which surfaced recently online. People have not been holding back about it on social media and it's safe to say many do not want to sit on the subway seats anymore. In response to the backlash, the TTC has now commented to the bed bug sighting in Toronto.

READ ALSO: Huge Group Of Toronto Teens Commit Mass TTC Fare Evasion And Get Away With It (VIDEO)

It all started when a photo of an actual bed bug on the chair of a TTC subway emerged onto Twitter. The photo was uploaded this morning and is starting to gain traction and cause widespread concern.

READ ALSO: Aftermath Of Yesterday's Storm Makes For A Nightmare Morning Commute On The TTC (PHOTOS)

The sighting led one Twitter user to call out the TTC and ask what they had to say about it. User @UrbanXposures commented on the tweet an hour ago and wrote, "@TTChelps any response to this?!?". The TTC Customer Service responded promptly in approximately 20 minutes with their explanation as to how a bed bug could have gotten onto the subway seat.

Check out what the TTC had to say in response below on Twitter.

Our vehicles are cleaned daily, unfortunately bedbugs can be found anywhere as they travel with passengers but subways are an inhospitable environment for them , however once we receive a complaint that particular vehicle will receive a deep clean ^TH

In other words, bed bugs could be seen on the subway at any given time, based on what the TTC Customer Service said. Yeah, we're getting goosebumps just thinking about it.

On the bright side, the TTC does state that subways are typically an unwelcoming place for bed bugs, so they might not be seen there super often – or at least we hope.

Many Torontonians are unsurprisingly pretty grossed out by the bed bug sighting. The incident has even traumatized some people, who now swear off sitting on the train's seats.

Literally something I have worried about my entire life. So happy I walk to work. Bedbugs are my greatest fear 😫

Not at all surprising. This city needs to take bed bugs seriously. I bet if they had them in City Hall there would be more action. @cityoftoronto

If there's one thing you can learn from this, it's to watch where you sit or put your hands while you're riding the TTC subway. Or honestly, maybe just stand altogether. Those seats can be pretty gross regardless. Here's hoping no bed bugs come your way while you're commuting.