York Regional Police are warning residents that illegal weed edibles are making their way through the city. 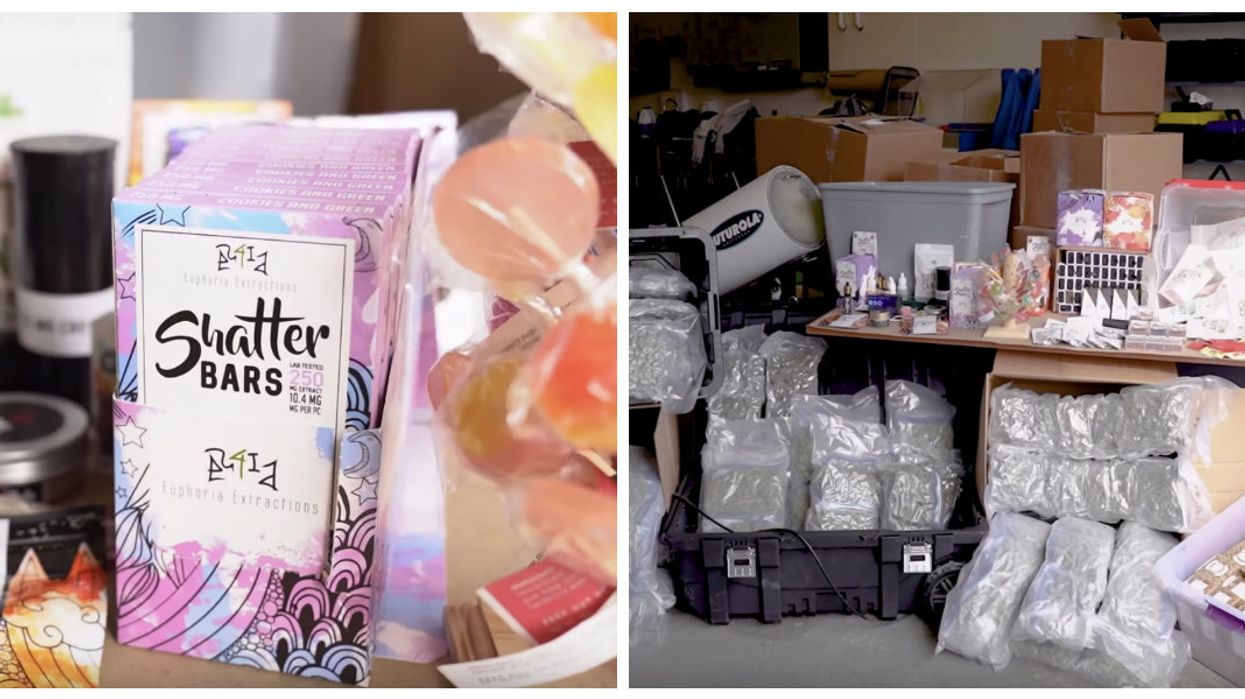 Toronto-area police are now warning residents that cannabis-infused edibles, that bear an eerie resemblance to children’s candy, are being brought into the city in large quantities. According to CP24, York Region investigators stated that the seized cannabis edibles “look no different in appearance than similar products made and marketed to children.”

York Regional Police found a trail of breadcrumbs that led them to make the bust after they witnessed a "suspicious transaction" near Keele Street And Steeles Avenue West on February 28th. Officers on scene detained one of the men involved in the drug deal and uncovered around 400 grams of cannabis, $6,000 in cash and a document that linked the suspect to a dispensary in Kensington Market.

WARNING - Illegal cannabis edibles seized when distribution centre and dispensary were shut down. Cannabis edibles look like candy and would be very attractive to children, including lollipops, gummy bears and cotton candy. For more info click the link --> https://t.co/eD3o4sMrsq pic.twitter.com/zbAfkWEFcH

The suspect was later identified by police as 42-year-old Emil Mikhailov. Mikhailov has since been charged with offences under Canada's Cannabis Act. In total, York Regional Police seized $1.7 million of illegal product in the bust.

The news of the bust comes a day after it was announced that Toronto would be receiving its first licensed cannabis store. A Queen Street West store obtained the city’s first ever cannabis-related retail license on Thursday, March 7th.

The Alcohol and Gaming Commission Of Ontario revealed on Thursday that it had awarded Hunny Pot Cannabis Co. located at 202 Queen Street West, the honour of being the first location in the city to sell the drug legally for recreational use.

Despite the passing of a recent law which legalized the sale of cannabis in Canada, weed-infused edibles remain illegal in the country. Those that were caught selling edibles will be prosecuted under the full extent of the Cannabis Act.