Ontario Is Banning Vaping Ads After Multiple Deaths Have Been Linked In The U.S.

Some Ontarians don't think it's enough. 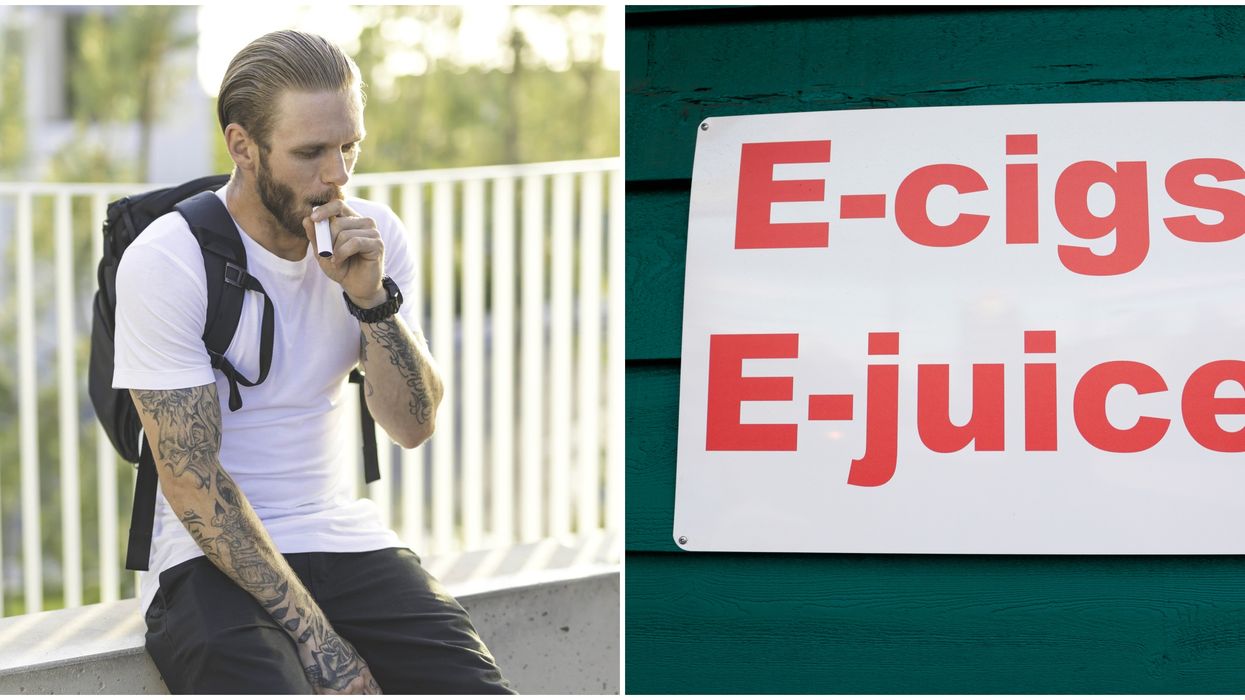 Ontario just announced that it is taking another step to address vaping concerns by pulling vaping ads in Ontario from convenience stores by January 1, 2020. This is in an attempt to curb sales on the products, which health officials have already released a warning about.

Recently, a London, Ontario teen was put on life support after daily vaping caused a severe respiratory illness, which required intensive care.Weeks after the London, Ontario incident, there was a case in Quebec in which a person contracted a pulmonary illness linked to vaping. The United States has seen 34 sudden deaths linked to vaping, and while Canada has not seen numbers that high yet, health officials fear that this is a growing issue that must be addressed.  "In light of the growing evidence, I have become increasingly concerned about the prevalence and possible health consequences of vaping, particularly as they affect our youth,” said Ontario Health Minister Christine Elliott, according to CP24.The ban will not only include convenience stores, but gas stations as well, and it isn't stopping there. The City of Toronto will be enforcing a new bylaw in April 2020, which will require stores to apply for a license in order to be able to sell vaping products, according to CTV News.

Toronto's license fee to sell vaping products will be $645, with an annual renewal fee of $315. Hamilton and London already have bylaws that enforce fees to clerks who sell vapes. There are more than 1,400 known retailers in Toronto who sell these products, according to CTV News.Vaping ads will still be allowed in specialty stores, such as cannabis retail stores, where customers must be at least 19 years of age to enter, according to a news release.

While the ban is deemed as a good thing in many eyes of Ontarians, some think it's not enough.

While another states, "Just ban them period."

Vaping is growing in popularity with young people, according to Ontario's news release on the subject. It says that from 2017 to 2018, there has been a 74% increase in vaping among Canadian youth ages 16-19.

Some symptoms of pulmonary respiratory illness include cough, chest pain, shortness of breath, fatigue, and vomiting.