VC15 from the Scotiabank rafters? 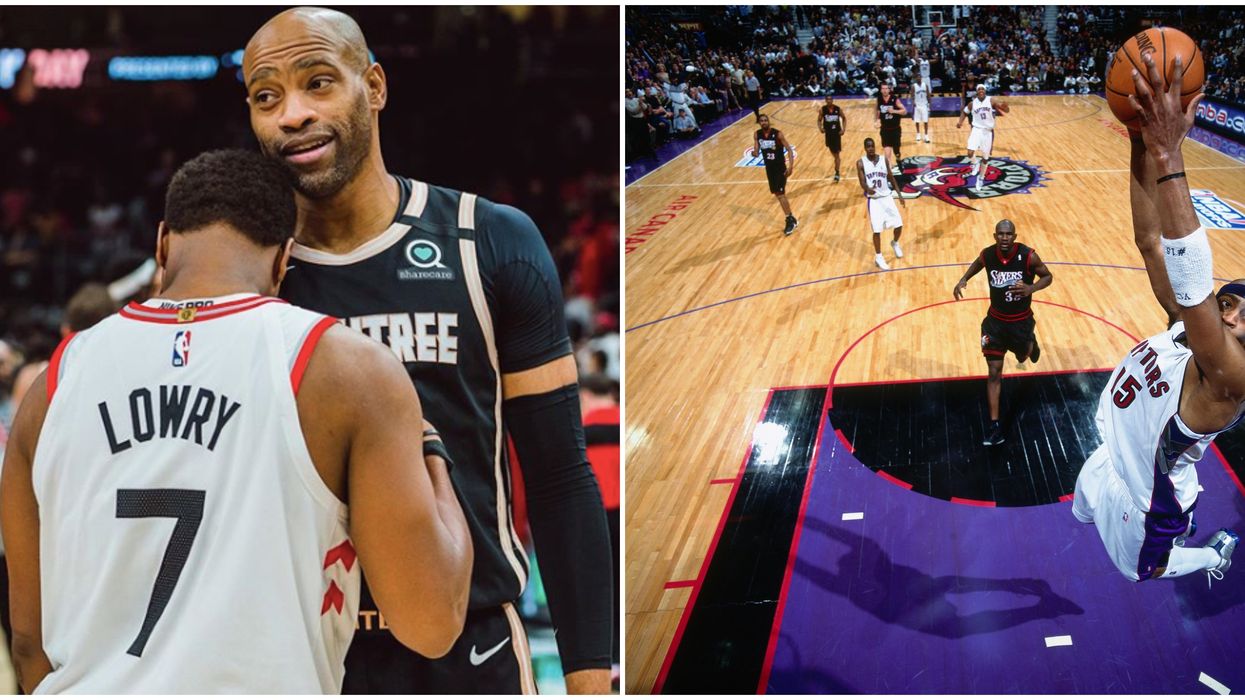 Real recognize real. There's no doubt that there's mutual respect between Kyle Lowry and ex-Raptor Vince Carter and on the latter's recent podcast, KLow set that in stone. The franchise's leading man thinks the team should retire Vince Carter's Raptors jersey first for his contributions to the game of basketball in Toronto.

In the latest episode of The Ringer's "Winging It With Vince Carter and Annie Finberg," Lowry is the featured guest on the podcast.

The NBA champ talked about a range of subjects, but a notable moment came when he was asked by Finberg if he thinks Carter's No. 15 jersey should be retired for the Brooklyn Nets.

That was the topic of the moment, but Lowry, who recently passed Carter for third on the Raps' all-time scoring list, took it one step further.

First, Kyle jokes with Vince that Carter needs to realize he'll have to stop playing one day if he wants to be honoured this way.

"Well, you ain't stopped playing so they can't do it," says Lowry jokingly.

Then, though, he gets serious.

"I think Vince's jersey should be retired in Jersey. I think Toronto, it's a no-brainer. It's going to happen."

To Lowry's point, while the Raptors had had good players before Carter, Vince blew things wide open in Toronto when he rocked up in 1998 at a then-toddler of a franchise.

Numerous accolades later, Vinsanity left the 6ix in 2004 in a controversial move. Some onlookers have suggested the bitterness at his departure has clouded the retrospective legacy of the franchise's first-ever All-Star.

Whether Raptors fans agree with Lowry's assessment that hanging Carter's jersey at Scotiabank Arena is just a matter of time, it's clear the two men have a huge mutual respect.

The Raptors seem to look back on Carter's time fondly, too.

The team put on a special tribute to the 43-year-old when his Atlanta Hawks visited a few weeks back. Vince is retiring at the end of this season.

That same night, Lowry became the Raptors' all-time leader in assists and Vince made sure to congratulate him and hug it out.

In fact, Carter has said that he believes Kyle is the greatest Toronto Raptor ever.

That may be the case, but it seems likely to be Vince's name up in lights first.