What Your Favourite Toronto Bar Says About You 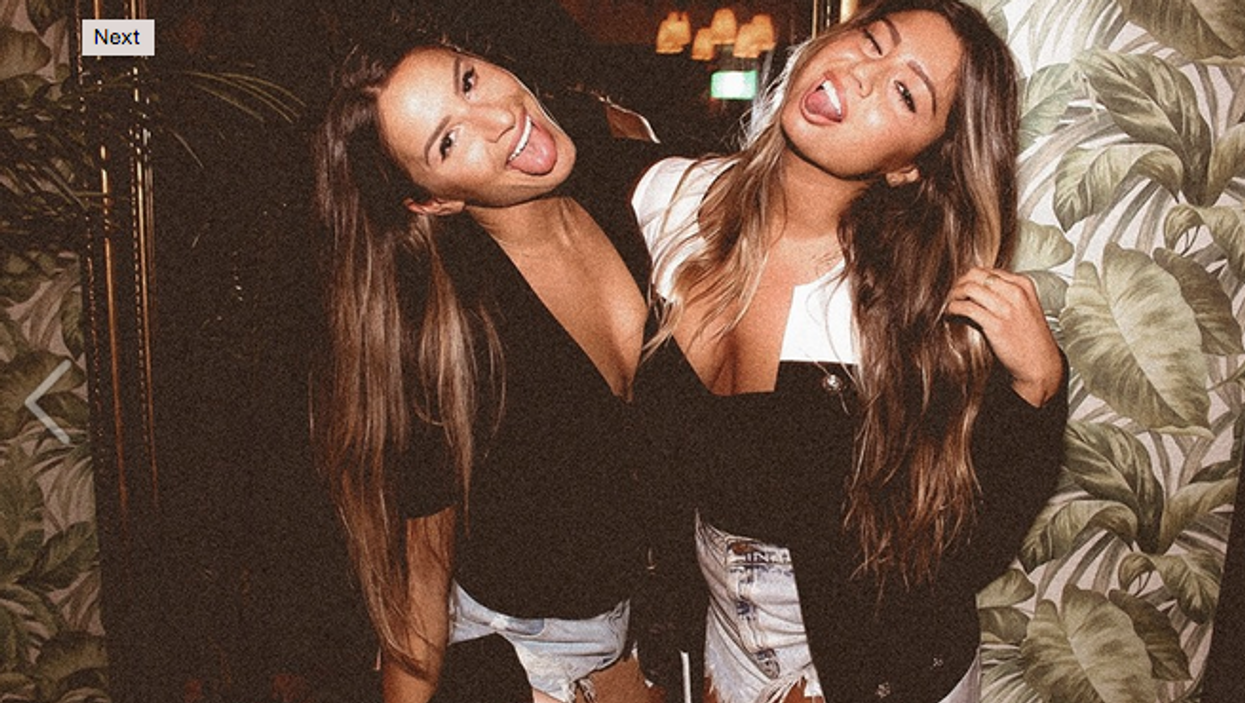 We all have our personal preferences.

Our society thrives on the act of social drinking. It doesn't matter what beverage it is, our inhibitions will be whisked away at the bottom of each glass. There is something about drinking– or rather the idea of it that we're infatuated with. It could be the people that you're surrounded with; that buzz that makes you feel like you're on Cloud 9; or just the overall aesthetic of the bar scene. Whatever it is, Torontonians are lucky that the choices of bars are endless! So, which establishment do you prefer and what does it say about you?

Let’s check them out:

If you're at ballroom you're generally a pretty laid back individual who enjoys the no cover and the lack of dress code. That stuff is just on the surface though. Somewhere deep down inside, you're most likely sly and incredibly competitive. That's where the bowling comes in. And if that gets too exhausting – or you pulled a muscle – there's a great rooftop patio for all kinds of relaxing and maxing out to do.

You're probably a jock who loves a good entertainment system. If that's more or less correct, you definitely came to the right place! It displays the largest television for your viewing needs, an upstairs and downstairs for private or not-so-private functions, and not to mention, it’s right next to the Skydome (a.k.a. the Rogers Centre). You're also the kind of person who enjoys fierce competition. Whether you’re in the game or just a bench warmer, you feel the need to be vocal about your opinions while having your guards up. While people love your enthusiasm, but truthfully, sometimes they wished you’d chill the fuck out.

You’re a social butterfly in the making. Luckily, this lounge lets you have the best of both worlds: pompous entertainment and enough space for interaction. Most people that show up are dressed to impress because you never know if the real Drizzy Drake will walk in this weekend. You also like to think that you’re different, even though you seem to only mingle with people who are very similar to yourself — including dreams, aspirations, lavish lifestyle, even right down to your drink preferences. You are young! Live a little more!

The answer 'no' is not in your vocabulary when it comes to drinking. You're either a student with a budget or you're not quite ready to grow up yet. You’re also that one person in a large group who’s always ready for another pint first. And 'drinking in moderation' makes you nervous to think about that you just end up drinking more. You embody the wild child who is so accepting of everyone and everything. However, the hangovers the next day make you regrettably power through yet another day of school, volunteer, and/or work.

You dress like you work at Aritzia, act like a princess, but you're neither. Your clothes are probably more expensive then mine plus another person combined. And yet you claim you shop at Goodwill or Value Village. The only village you're interested being in is Yorkville. But aside from your usual repertoire of pretending that “mainstream” is a bore, your choices are much like every other pretentious person. But like they say, ignorance is bliss. Welcome to the gang, kid!

You’re head-over-heels for liquor. Not just any kind either. Your acquired taste allows you to appreciate fine wines and liquor the way one would stroll between the rows of lavender in Provence. With all your senses heightened, the beauty of nature makes you take a moment to smell the flowers – both figuratively and literally. Your motto should be 'it will happen when it happens'. You simply can't justify rushing or being rushed.

Instead of an angel and a devil, you have two devils on your shoulder. Even before the weekend, your brain already planned it all out. You’ll be waiting outside, in line with your friends, and your best foot forward. You want people to take notice because it’s important to you – or more precisely, your alter ego. You make an effort to be the most memorable person at the bar, drinking from the bottle and on the booth. You’re just forgetting that most people won't remember a thing from tonight, which includes you. Thank goodness for nightclub photographers, right?

Perhaps you’re newer to the city vibe and feeling a little homesick. Toronto isn’t like your small town but at least at this saloon, you can sit right at home on their big, buff bull in the far back. Judging by this, you’re the kind of person who is totally into the rural, outdoorsy scene — particularly the individuals who wear lots of plaid and boots with spurs. You’ll be having so much fun that maybe the bull won’t be the only thing you’re riding afterwards…

You can hear the big cat’s meow. You could either be a thriving, bright and young individual or a sexy cougar buying drinks for that young individual. So, you must be a thriving individual. Frankly, you’re just as much of an animal as actual cougars. The party scene is loud, rowdy, and could end up in strange make-out sessions in the back alley behind the bar. So, if it’s going to be that way, make sure you double the rubber, double your guard, and double everything.

You crave being in the center of attention. The world is your oyster — and you have every intention to keep it that way. You’re always down to go all out. You want the whole world to be celebrating whatever success or failure you may have come across. Being fun, fearless, and careless are your best traits. However, your downfall is over-exerting and exhausting yourself too quickly so your moods are always fluctuating. But who else can say they went out on a Monday night and partied with “Mike” from Suits?

You have a few regrets or insecurities. Either way, if you ever had a chance to redo (or undo) something, you'd be the first one to hop into that time machine. Well, fret no more! It's just as you dreamed. Forget about college or university! You can now kiss your old high school memories good-bye and make new, better ones here! You probably come to The Addison's because you wished you were as cool as you are now back when you were 16. Who doesn't, right? This lounge is like having a friend with rich parents who just so happened to be away that weekend — or just long enough to party. Plus, you don't end up trying too hard while basking in the ambience that is Toronto's finest.