Why Being Kind Is No Longer Important In 2017

Why kindness doesn't have to be such a big deal. 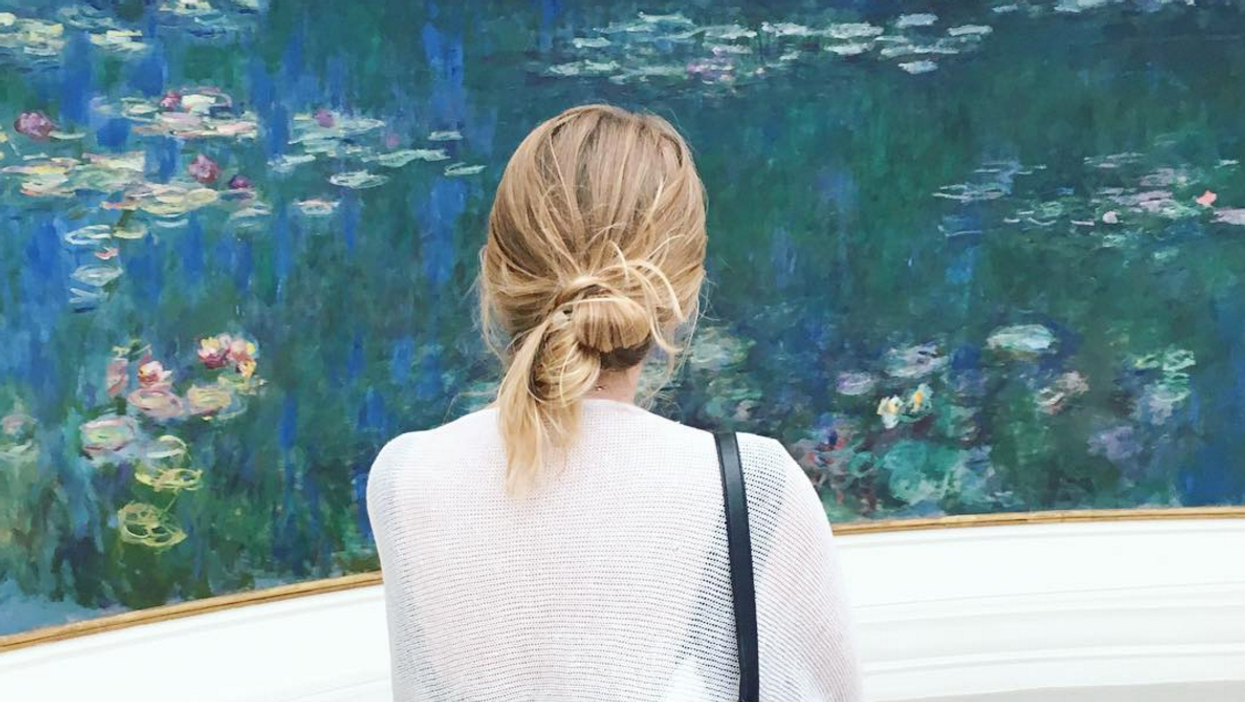 Before the angry mob comes out of the 1800's and people start whipping out their "alternative facts" on me, let me explain. It seems in 2017 we're in a place in our society where to be honest, we never thought we'd be. For the small stuff, we got food turning into shapes they probably should never manifest in (sushi burrito/doughnut/ice cream? I rest my case). There are facials that have been created to put your own blood on your face as some anti-aging treatment. We've come up with dating terms like ghosting and zombieing, and it's more likely to find a couple that met online than in the real world.

And then there are the truly messed up things that are happening in our world that require our immediate attention. We got a reality TV star as the President, another reality TV star running to be the Prime Minister (side note: if you're on TV you don't have to run for office, just a PSA). There are severe, humanitarian crimes being committed, pressing issues like bans on entire groups of people (literally what the f*ck), terrorism, one of the largest refugee crises since the end of the last. world. wide. war.

And one of the things that surprised me the most? The fact that even with all of these crises going on, with all the bad that seems to be the only thing in the media right now, someone was surprised when I asked an old lady if she wanted some help on the TTC last week. She looked lost, I asked if she was okay/needed some help, she was all good and we went on our civilised ways - her to her bus and me listening to Shit It On Em by Nicki Minaj, civilised. On the platform, a man who had witnessed the exchange mentioned to me, that that was a really nice thing for me to do while looking, honestly, stunned that that had happened.

Now I'm not proclaiming I'm some Saint who has a pure soul and a Mother Teresa like aura to me (you can say it but...kidding). I actually walked right by the woman at first after seeing she looked confused because I thought it would be weird if I offered some help. Obviously, I got over my ego/false thought and, GASP, (don't get too freaked out), asked someone if they needed help. Nope? K, bye -we went on our way.

Later that day, as I was going about my glamorous life picking up my dog's poo on our walk, I couldn't stop thinking about how strange that interaction was. Why did I feel weird to ask someone if they needed help? I realised that that act of kindness was seen (by me and others) as an important moment in my day. When honestly? That should have just been another person doing what's needed to help another human out, an unsurprising act that we see all the time.

Unfortunately, though, it seems that we don't see acts of kindness nearly as much as we should (and that is probably the time I will ever say we "should" be doing something). We've become a society that is extremely individualistic. And that has its perks for sure, you get people who aren't afraid to take the path less travelled, people who are willing to go against the grain, to try things out that are considered weird. I'm the epitome of an individualist, and yet I still think it sucks sometimes.

This individualistic mentality also manifests in society in a way that brings out the competitive side in people. The side that creates rivalries, enemies that we must beat in order to be the best individual. This best individual makes us belittle other people's version of their own individuality, in order to "better" our own. We've become obsessed with certain statuses and privileges that come with perceived characteristics of being a certain type of individual (ie. banker, lawyer, rich). We try and get to this best individual while ignoring what other people are going through. This best individual doesn't exist though, there are so many ways to be an original person, and an infinite number of ways to live your life - hence the reason that individuals even exist.

Despite this, I believe is that individuality is amazing. It allows people to try things out in a new way, to get creative - all that good artistic/soup for the soul stuff. But what we have to remember while we're being individuals, is that at the end of the day, we all need to respect each other's individualities. We are all humans at the end of the day (and the beginning, and the middle, post brunch, pre-club etc), which means we're all just trying to live our lives in the best way possible. If that means salsa dancing and praying to a certain God, not believing that man actually made it to the moon, thinking that King West is the only place to be on a Friday night - sure! Live your life. As long as you aren't hurting anyone? You do you.

But this brings me back to kindness. I think there's so much sh*t going on in the world (not to simplify decades and centuries of interconnected historical events/trends) because sometimes we forget to be kind. We forget we all share the aspect of being between each other. We're all humans. We're all just trying to get by. When you're seeing kindness as something out of the ordinary, doesn't that tell you that something is wrong? Kindness should be is a give in, something as common as coffee in the morning if we want to live in a world where we get rid of this ugly competitive side that comes with individualism. When tolerance is celebrated, and kindness is seen as something

When tolerance is celebrated, and kindness is seen as something extraordinary, then we know we're living in a world where those things aren't the norm. And being in a world where it's not normal to ask someone if they need help? To ask (adding all the feels) your fellow being if they are okay? Respecting the way someone is living doesn't sound ridiculous but I know I do it all the time. We're so quick to judge people based on how they're living their life. And though it's not harmful to think those shoes are weird, those little judgements can build exponentially to create an environment where suddenly it's not just the clothing that is weird. You may start judging food choices, cultural events, names, Religions even. But if people aren't hurting you and they're just living their life, why do we have to hate? To make ourselves feel better? How much better would it be if we could just accept the way people are living, we don't have to like it, just accept it so we can help each other out when/if needed.

If we get too involved in individualism and forget that we are all human beings, we may start to forget that commonality we all have, and the equal status we all share. We could face challenges with the voices of many different opinions, giving each one an equal weight and therefore being exposed to the largest number of ideas. The largest number of solutions, collective solutions. No one deserves to be treated a someone who means/matter less than another person, we're not all Beyonce here.

So back to kindness. Instead of focusing all on your own life, what you need to do, how helping someone could only slow you down please just remember - we're all human. And when kindness can still hold the same impact as it does now, without the out of the ordinary insanely important look at me now tone it holds today, then we know that we're really getting somewhere. Everyone has different definitions of kindness so why don't we start with these; ask people if they need help if they look lost, pay it forward, hold a door, don't talk on your phone while you order your coffee, compliment someone random. Let's humanise kindness. Let's make it something that is normal so that its importance will be in its impact, not just the fact it was actually initiated and completed.