Why Benching Is The New Ghosting 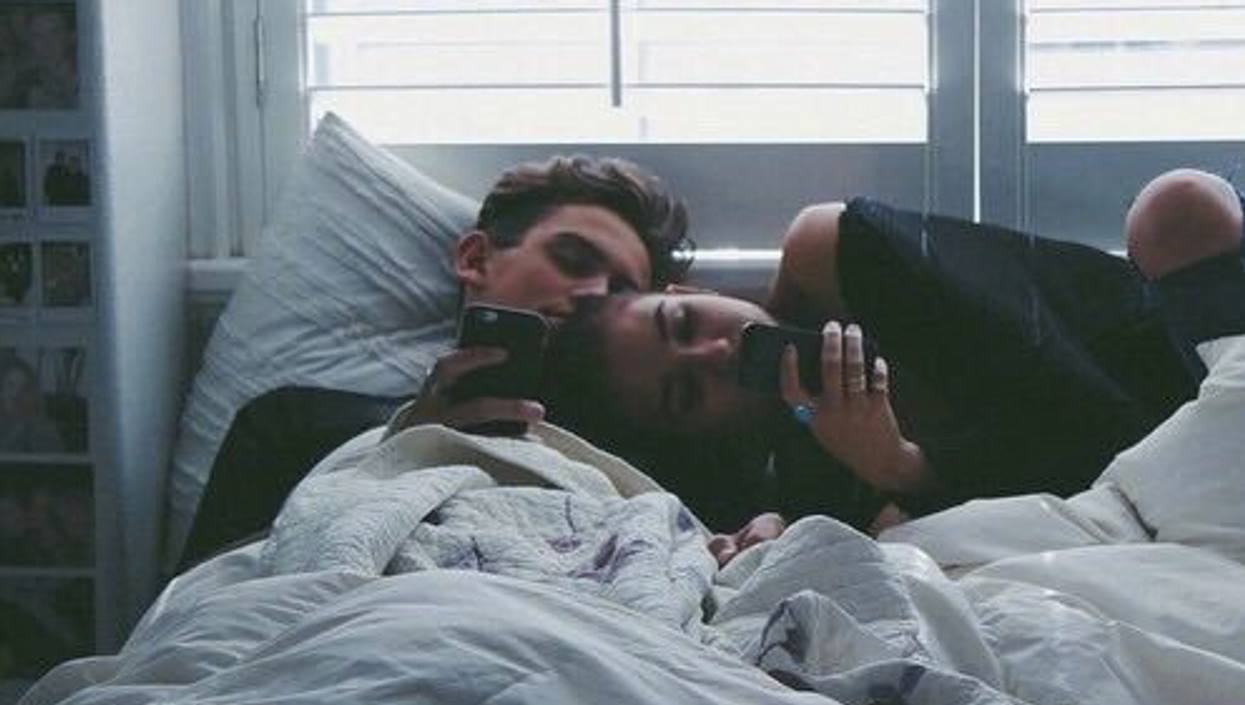 In the modern world of online dating, games are a given, and the deeper we collectively fall into the rabbit hole of shallow, meaningless social interactions the more verbs we add into our sad dating vernacular. The newest to arrive into prominence is that of "benching", a phenomenon that's probably been in existence for quite some time, however, in today's culture it's a thing.

The psychology is quite simple. In a culture of instant gratification, swiping profiles, and FWB, consistent monogamy seems passe and antiquated. No one wants to commit, for fear that one more swipe of their thumb could land them someone hotter, more qualified, more successful, better in bed.

Benching occurs at the intersection between ghosting and a longing for a healthy long term relationship. We "bench" people as if they were players on our team of prospective lovers. Not quite good enough to settle down with, but not so pathetic that we'll toss them aside entirely. We string our hopeful partners along with innuendo, late night texts and endless hypothetical plans and dates, with nothing to ever show for it. "Ghosting" effectively renders a romantic interest defunct, however, benching allows for a glimmer of hope for future relations.

Tell-tale signs of being benched include:

Ever had a romantic interest who seemed to be infatuated, yet reluctant to let on how they felt? Did that same partner end up turning down the heat to a fizzle and end up playing the just friends card? If so, you've got yourself a bencher. No one needs friends, especially those who at one point seemed to be romantically or sexually inclined. This friendship is none other than a glorified romantic bench, join the other sad lineup of players or cut the cord.

"Coming out of the woodwork"

This is a telltale sign of benching. A prospective love interest disappearing and then suddenly popping back into your life periodically. I'm sorry but where the hell did you go... LOL bye.

"Plans that never come to fruition"

Have you been making endless plans for drinks at Hey Lucy, or a trip to the aquarium, but somehow they just never seem to fall into place? Who are we kidding, it's not going to happen. You're being benched, and the sooner you accept it, the sooner you can beat them to the punch.

Hustling and grinding 24/7 is a tough gig. One company found a clever way to motivate us hard-working millennials.

But more users are apparently looking for something more long-term than just a hook-up!

The pandemic didn't just change the way Canadians live — it's apparently changed the way they love, too. According to a recent survey of almost 1,000 Canadians who use the dating app Bumble, Canucks are leaving their lockdowns with more lust than before.

Bumble says that 56% of surveyed Canadians are looking to be more sexually active when dating during COVID-19, one of several changes in how single people in the country are now approaching their love lives.

You might want to rethink the gym selfie!
Ammentorp | Dreamstime Albertshakirov | Dreamstime

Having a good dating app profile can make or break your chances of meeting that special someone.

If you've been wondering about the best photos to use on Hinge, then look no further.