The latest wild turkey sighting in Ontario prove that they're the city's unofficial mascots. 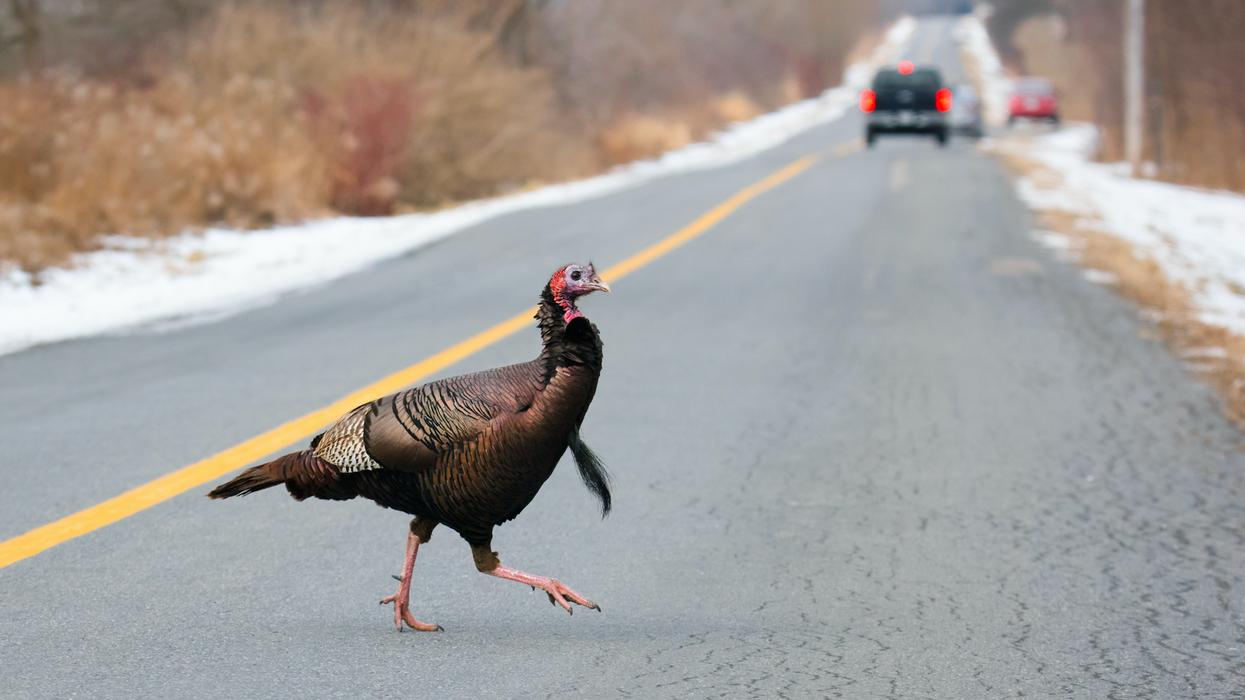 The wild turkey sighting was in Mississauga's Lorne Park neighbourhood, an area that's grown used to occasional run-ins with the massive birds. The City of Mississauga even responded to Cumming's tweet confirming the reported sightings.

"Birds may find their way into residential areas looking for food. These birds are good flyers and will find their way back to their natural area," they wrote. "Residents should NOT fed the birds as it may put the bird or themselves in danger. We have reported this to Animal Services and they are aware and monitoring the situation."

READ ALSO: A Definitive Ranking Of The Oddest Animal Appearances On The TTC In Toronto

@citymississauga, Wed. Mar. 6. Lorne Park. Wild turkey vs. postal worker. "He chases me every day," said the postie with a grin. Didn't have a chance to get his name as he sprinted away with the bird in hot pursuit. @cupw @canadapostcorp @CWF_FCF pic.twitter.com/nCjtzewDSF

A local turkey also made headlines around Thanksgiving when it was spotted hanging around a Lorne Park bus shelter - which gained a lot of media attention, thanks to the turkey's impeccable timing.

Focus on the road, no matter what the distraction is! This wild turkey caused issues with traffic on a #Mississauga street this morning. #PRP assisted Animal Services escort this nervous turkey back to green space. #ThanksgivingWeekend #WhyDidTheTurkeyCrossTheRoad pic.twitter.com/jcgvPqJd0B

Mississauga animal control typically doesn't intervene unless the turkeys are stopping traffic or causing some other kind of interference. Which they often do - without meaning to, of course. They prefer to keep to themselves. Regardless of the commotion they may stir up, locals are always delighted (albeit, a little scared) to see them roam.

@RasWard2 Can anything be done to relocate this wild turkey that has taken up residence for months in the vicinity of Lakeshore Blvd? Cars nearly ran over this beautiful creature. I've heard from residents that they see it ALL the time #Mississauga #Clarkson #lornepark pic.twitter.com/5NT45ioWy4

THERE'S A GIANT WILD TURKEY CASUALLY ROAMING MISSISSAUGA AND I AM TERRIFIED pic.twitter.com/zqNnb4tGay