Kawhi Leonard just might be staying in Toronto after all. 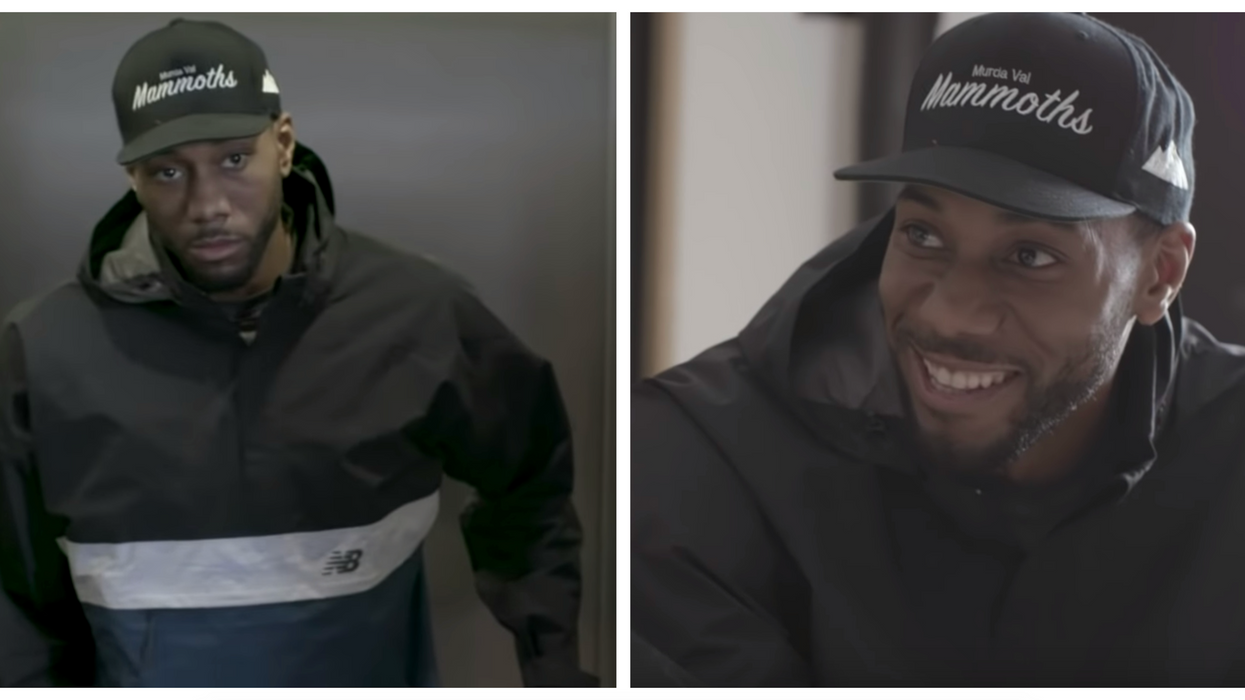 This article was originally published in April 2019.

The moment Toronto fans have finally been waiting for has arrived - Kawhi Leonard has finally spoken up about how he really feels about the 6ix. Will Kawhi Leonard stay in Toronto, or has he set his sights elsewhere? Leonard, who does a great job of keeping his plans and personal life private, finally divulges some details in an interview with fellow Raptor Serge Ibaka.

Leonard sat down with teammate Serge Ibaka for his long-awaited appearance on Ibaka's YouTube series, "How Hungry Are You?". Truthful to his nature, Ibaka did not shy away from his obvious desire to get Leonard to stay with the Raptors.

During the interview, Leonard opened up about his overall experience in Toronto so far, how he's been taking to the city and what he thinks of its residents. Kawhi even gave a shout-out to the Raptors recent string of victories, which appears to be a contributing factor as to why the city just might be growing on him a little bit. Fingers crossed.

“So far since I’ve been out here, I’ve noticed just overall the culture and diversity of the city, how nice people are,” Leonard explained to Ibaka during the interview. “I still want to go out to Niagara Falls, see what that’s looking like. So far I’ve been enjoying it, we’re winning, it’s not a boring city.”

Ibaka was blunt when he asked Kawhi about his future with Toronto, stating simply, "Bro, are you coming back?" to which Leonard responded carefully, at first stating he would "see after this seasons up." However, Ibaka does get him to relax a little after the two exchange in a humorous back and forth which ends with Leonard tossing out a phrase that is sure to be analyzed by fans to no end - "When I come back."

Leonard talked about several aspects of his personal life, including who his favourite actors and artists are. Apparently, Leonard's got love for Denzel Washington, Leonardo DiCaprio and, of course, Drake. However, Leonard shied away from answering a similar question about his celebrity crush, saying that the question was "too close" for him. He joked that Kishele Shipley, whom Leonard refers to as his girlfriend, was definitely tuning into his interview. So, it also looks like those marriage rumours have also been put to rest.

Leonard also dished about his absence from social media. In a rather zen moment, Leonard explains that when he isn't thinking about or playing basketball, he prefers to spend his time with his family, not looking through his phone. Leonard and Shipley recently welcomed a new member to their family, a baby boy. Multiple sources claim that Leonard and Shipley named their son after Leonard's father, who was shot and killed back in 2008.