REPORT: The Clippers Are "Poised" To Steal Kawhi Leonard From The Raptors (VIDEO) 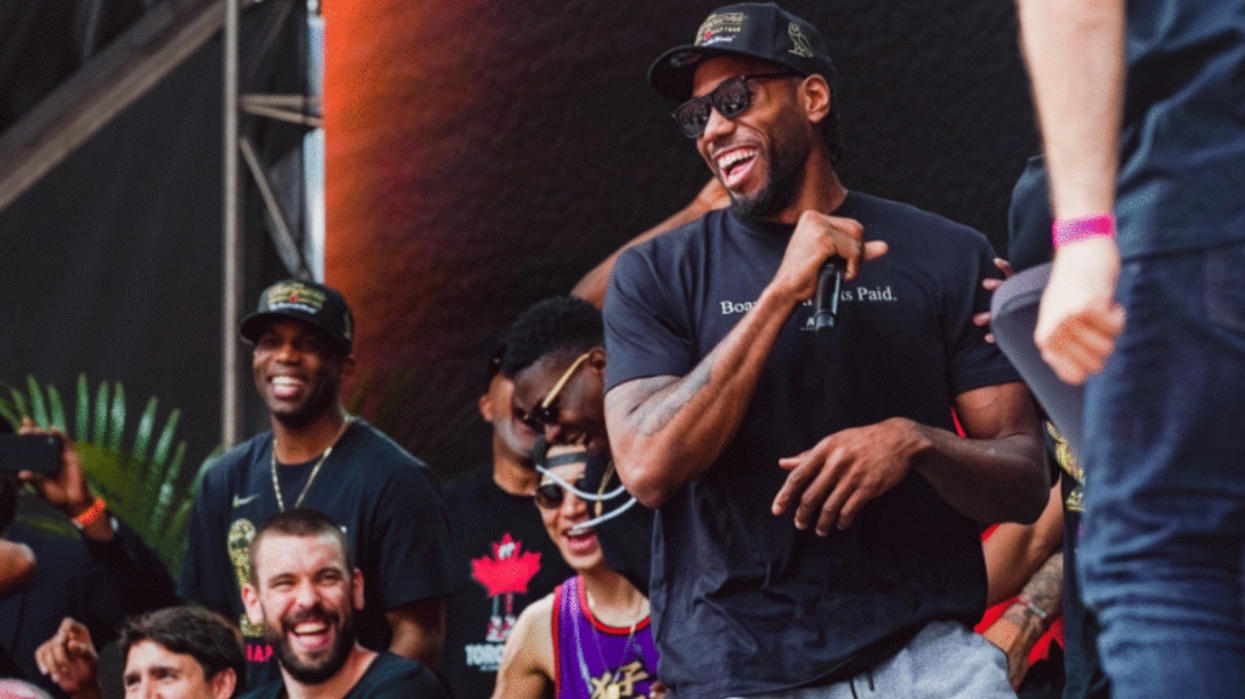 Canadians have been going absolutely wild over the Raptor's historic win. Now that the celebrations have died down, fans are anxious all over again because of Kawhi Leonard. Everyone is wondering, will Kawhi stay in Toronto with the Raptors? According to a new report, the team has “got a ways to go" before they can hope to re-sign the basketball star.

Kawhi has won over Toronto – from his iconic "fun guy" demeanour to his next-level basketball skills, it's no surprise that basically every Raptors fan wants him to re-sign next season.

Recent reports have speculated that Kawhi is likely to re-sign with either the Raptors or the Los Angeles Clippers. Now, ESPN NBA Senior Insider Adrian Wojnarowski is saying that the Toronto franchise are still behind the Clippers in signing the basketball star again.

“There’s no question that the Raptors closed the gap but I still think that they’ve got a ways to go here to compete with the Clippers,” Wojnarowski said, SportsNet reports. “They’re running out of time. Free agency is less than two weeks away.”

Unfortunately, according to him, currently the Clippers are on better track to sign Kawhi. According to SportsNet, Wojnarowski said the Los Angeles team is "poised to be able to lure him from Toronto." L.A., please don't take the "fun guy" away from us!

Woj on the Clippers-Raptors race for Kawhi: "There's no question the Raptors closed the gap but I still think that… https://t.co/yOBnDrDtIU
— ContentNBA (@ContentNBA)1560990524.0

Kawhi himself recently spoke up on his NBA future, but he did not say much. At the Toronto Raptors victory parade earlier this week, he said, TSN reports, “I’m going to take the right time. You don’t need too many days to figure it out. We’ll see what happens. Once that time comes, then we’ll all lay the pros and cons out."

Kawhi has also been spotted hanging out around Toronto lately, which has led some people to speculate on what it means for his NBA future. He was seen dining at Cactus Club Cafe on Tuesday night and he also visited Niagara Falls with his family earlier this week.

Stay tuned to find out whether Kawhi stays or goes. Toronto has made it very, very clear that he is welcomed in the city, so it's all up to him now. The NBA free agency will start later this month on June 30 at 6 PM ET.