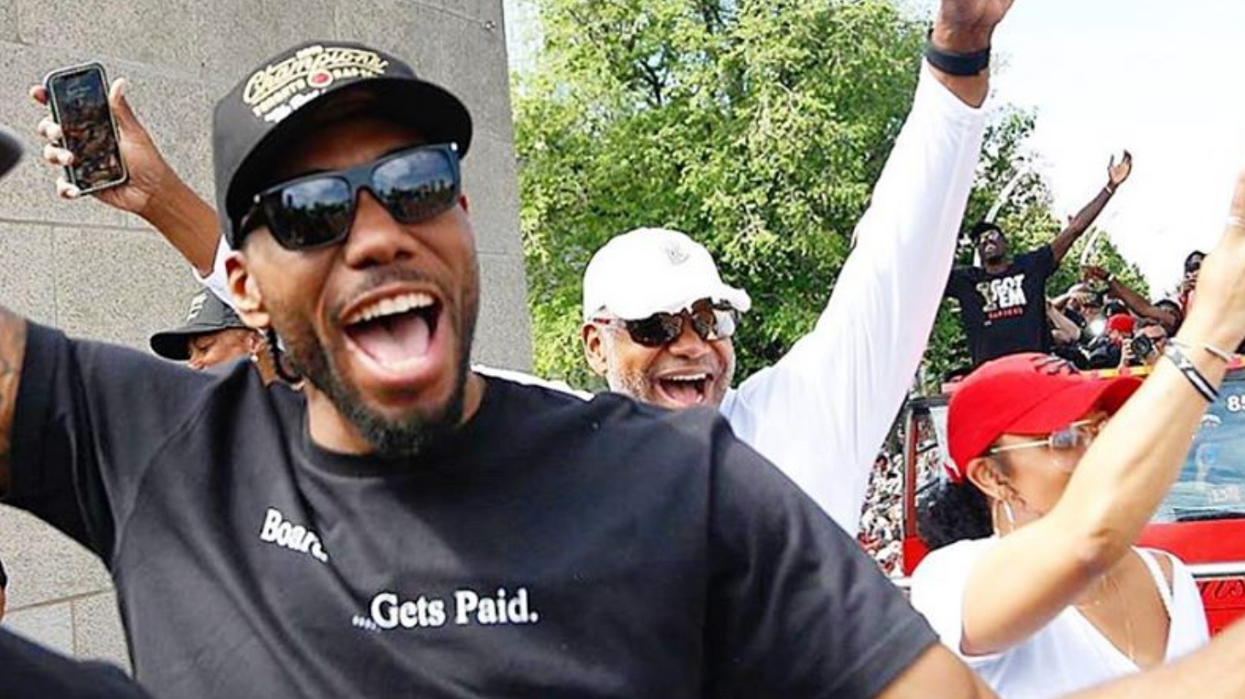 Kawhi Leonard is fast approaching his return to free agency and Raptors fans have only one question on their minds - will Kawhi stay, or will he go? The MVP has stayed quiet about what his plans are for next season. However, someone very close to Leonard appears to be hinting that it may not be such a far-fetched idea after all.

Kawhi’s beloved Uncle Dennis seems to have left a few breadcrumbs for fans to follow. We're not trying to get our hopes up, but it does seem like Uncle Dennis just dropped a huge hint about his nephew's future plans.

A photo of Uncle Dennis and a little Raptors fan was shared on Twitter on Tuesday morning. The caption reads, “Little cousin met Uncle Dennis at the airport this morning. Asked him if Kawhi was saying. Uncle Dennis responded with 'Would it really be a surprise then?'”

I know, I know. Deep breaths, everyone.

Good ole Uncle Dennis had previously added credibility to the rumours that Kawhi was re-signing with the Raptors during Toronto’s NBA Championship parade. Uncle Dennis encouraged fans to chant "Five more years!" at Kawhi as the player and his family made their way through the parade. Uncle Dennis even joined in, holding up five fingers for all to see.

And some fans seemed pretty convinced that Uncle Dennis was trying to tell us something:

@YRahamaan It’s great for both party’s if he stays. And he will. They named him king of the north. A king never leaves his kingdom
— Hassan Abboud (@Hassan Abboud)1560958791.0

I have an inside source stating Uncle Dennis has confirmed Kawhi will be staying at least one more year. #kawhistay
— my name a geoff (@my name a geoff)1560868898.0

Even before the Raptors became NBA champions, Uncle Dennis has been giving fans hope that Kawhi loves Toronto as much as Toronto loves him. “Kawhi has often spoke highly of Toronto. It’s a beautiful place,” he said in an interview with TSN.

Kawhi is sitting real pretty at the moment. There isn’t an NBA team in the league who wouldn't benefit from having him on their roster. But, the MVP has set his sights on just one of two teams  - the Toronto Raptors and the LA Clippers. It all comes down to what Kawhi thinks is best for himself, his family and his game - and here’s to hoping that he picks the 6ix.