The most wonderful time of the year! 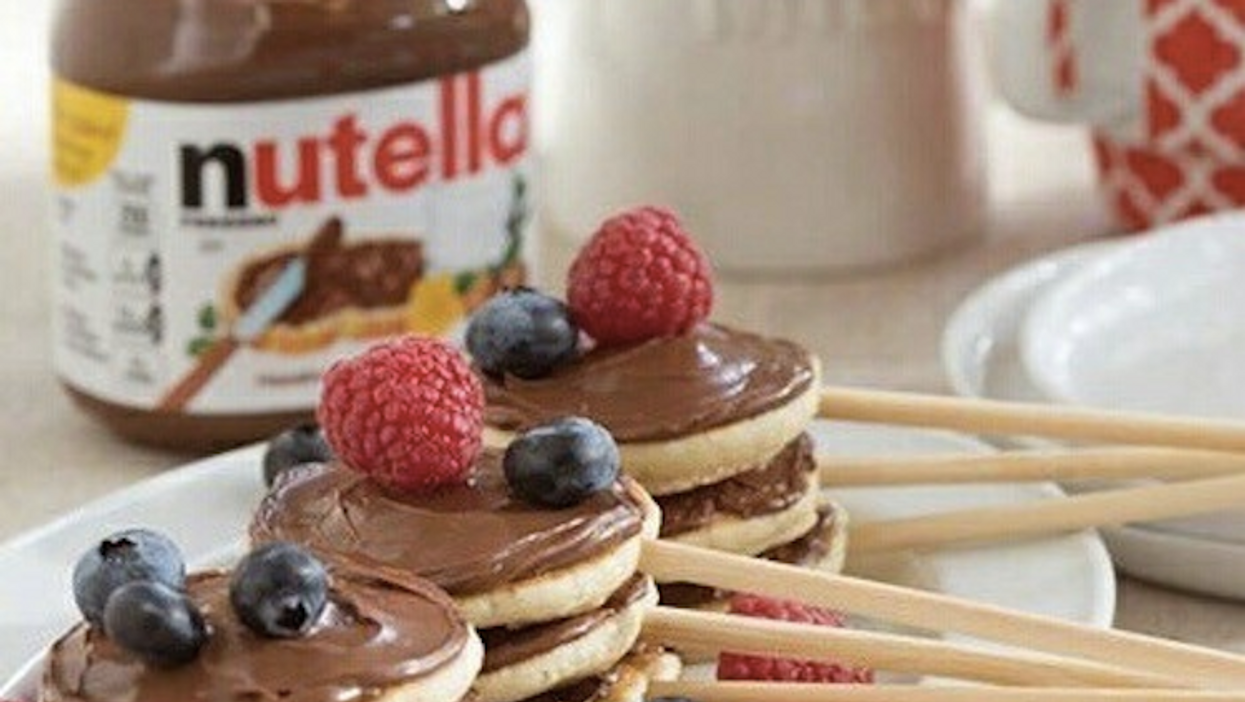 It's the most wonderful time of the year - Nutella Day! Given the cold weather and the general gloominess of February, a whole day dedicated to celebrating chocolatey-hazlenutty goodness couldn't come soon enough.

Just in time for the big day (Sunday, February 5th), here are 12 Toronto spots to help you celebrate Nutella Day in all its glory.

This Etobioke bakery is one of the best places to grab Nutella desserts in the city. On Nutella Day, SanRemo goes all out, offering limited edition delicacies like Nutella dipped donuts and even a Nutella lobster tail.

If Nutella Pizza sounds like your kind of dessert, you'll definitely want to check out Pi Co. Though they're strictly a pizza joint, even they couldn't resist from experimenting with the Nutella and the result is a delicious Nutella Banana Pi.

Though Holy Chuck is known for their burgers, the casual eatery also boasts an impressive selection of nutella-infused dishes. Highlights include their deep fried Nutella Lollipops, Nutella Fries with Ice Cream, Nutella shakes and even the Venus My Nutty Cow, a burger on a gluten free bun topped with Nutella.

When it comes to Nutella and coffee, it doesn't get better than the Black Canary Espresso Bar. Their Nutella lattes and Nutella cappucinos are a must try for any java and hazelnut enthusiast.

Cafe Crepe is one of the best destinations for crepes in the city. Their Speciale de Cafe Crepe is made with Nutella, Hazelnut, Grand Marnier, and Banana, while the Fairytale Crepe is filled with Nutella, Strawberries, honey, and cinnamon. If crepes aren't your thing, they even have a number of Nutella-flavoured beverages, like the Nutella Hot Chocolate, Nutella Late, and our fave, the Cafe Crepe Signature Nutella Milkshake.

Wish Restaurant takes your boring Nutella toast and gives it a totally delicious makeover. Their Grilled Nutella Sandwich is complimented by fresh raspberry compote and topped with a light sprinkling of icing sugar.

Bake Sale has locations in Bloor West Village, Etobicoke and on Dundas. The bakery offers a Nutella cake, which is described on their website as a "moist chocolate cake layered with Nutella buttercream and Nutella, topped with Nutella dollops." Yum!

No Nutella bucket list would be complete without the official Nutella Cafe! Located inside the Fort York Sobeys, the Nutella Cafe is your go to for all things chocolate and hazelnut, including Nutella danishes, crepes, croissants, and more.

If you're one of those people who likes eating ice cream in the winter, then you need to check out G for Gelato. They have a huge variety of flavours but in honour of this international event, you obviously have to try the Nutella gelato.

Jelly Modern Doughnuts is a bakery with two locations across Toronto. To celebrate Nutella Day, the bakery will be serving their insanely good Nutella doughnuts all weekend long.

If you want customizing options for your Nutella Day treat, head to Starving Artist. The popular waffle spot offers Nutella as one of their many toppings, meaning that you can load up your Nutella waffle with strawberries, coconuts, chocolate chips and more.

This midtown bakery has a ton of Nutella desserts to choose from, including the Nutella Bar made with shortbread and the Vanilla S'mores Bar made with homemade marshmallows. To celebrate Nutella Day, Rolling Pin will also be selling a limited edition Hot Chocolate Nutella Donut.