This is so scary. 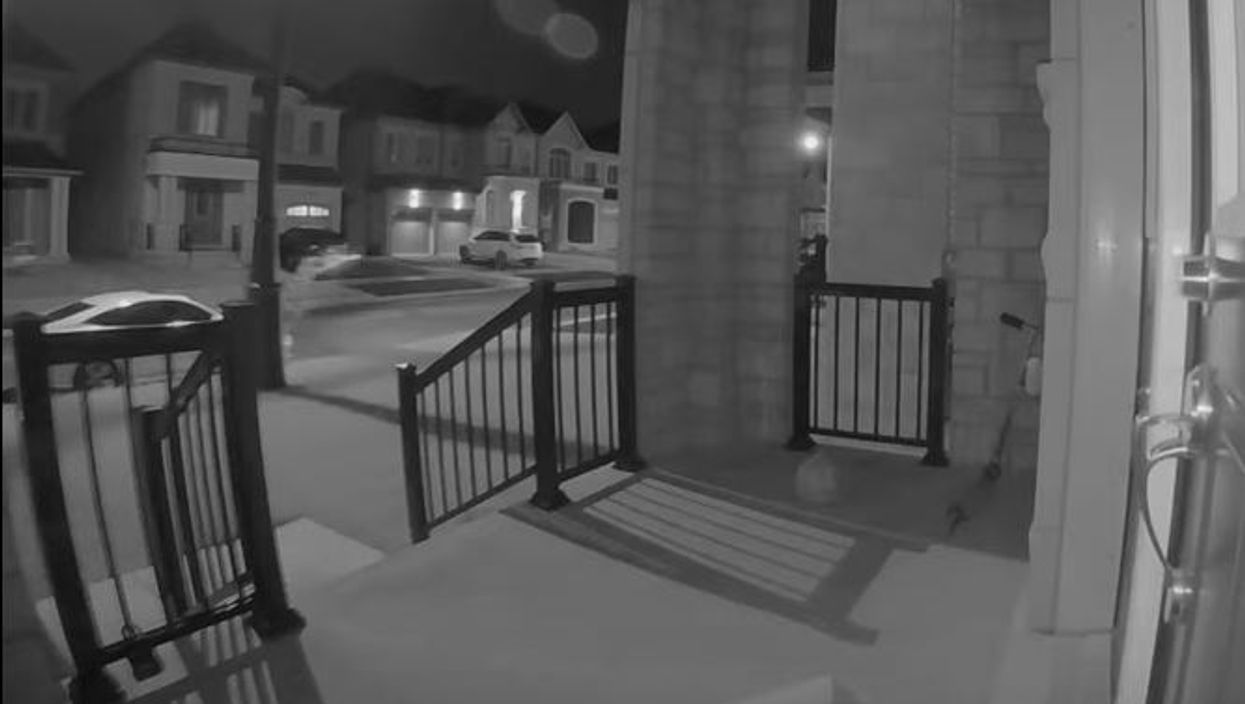 Imagine hearing this at a house party. York Regional Police were called to a residence in Vaughan on November 1 at around 2 a.m after reports of shots being fired in a residential area. A York Police video released Monday, November 4 that was taken from footage shot from a house across the road, shows at least two men shooting down the quiet street before getting into their car and driving away.

According to a news release issued by the YRP, officers were called to a house on Cannes Avenue that was actually being rented out for a party that night.

An investigation found that at around 1:30 a.m., multiple people fired guns in the area, according to the release. Only some of the incident was caught on video, but what was filmed is pretty terrifying to watch.

The footage shows three men in a four-door white sedan. Two of the men get out of the car and fire over 20 gunshots between them down the street at, presumably, a target who cannot be seen in the video.

The third man then gets out of the car from the passenger side and takes control in the driver's seat for a quick getaway.

YP Const. Andy Pattenden told Narcity: "The video definitely speaks volumes just for how brazen this is that people are willing to carry handguns and fire so many shots in what's otherwise a quiet residential neighbourhood at 2 a.m. when most people are probably sleeping.

Const. Pattenden added: "We are definitely, in the York region, seeing a correlation between short term rental houses and violence, in particular, gun violence."

Pretty astonishingly, nobody was even injured in the incident, let alone killed.

"It's amazing that no one was injured or killed given the number of shots that were recklessly fired in this otherwise quiet neighbourhood," said YP Chief Eric Jolliffe in the news release.

"We continue to see that there are people using short-term rental houses for parties and their guests are bringing handguns and violence into York Region. Those choosing to illegally use guns will be prosecuted to the full extent of the law."

It's not just in York Region that there's a connection between house parties and gun violence. In Toronto's Annex region on Halloween night, a mass stabbing at a party left seven people injured.

The YRP is asking for the public's help in identifying the men or anyone who may have witnessed the shooting.

Investigators are also asking anyone driving in the area at the time with dashcam footage to please come forward and help the investigation.