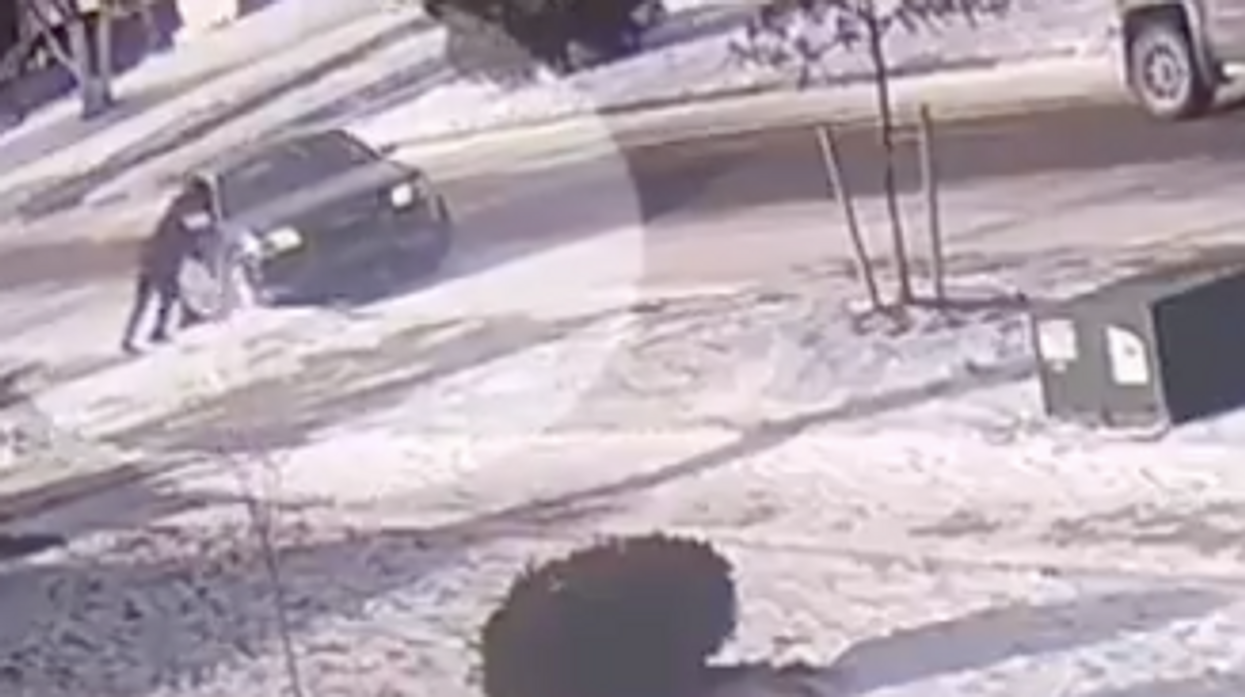 York Regional Police are asking for the public’s help in seeking two suspects who robbed and pushed a 74-year old elderly woman to the ground on Friday afternoon. On Thursday, York Regional Police released a statement with video footage of the robbery that happened in Newmarket and are asking anyone with any information to come forward. The video shows a black car fleeing the scene after the woman was robbed.

The robbery happened shortly after 2 PM on January 11, 2019, when the victim was walking on John Bowser Crescent in the area of Davis Drive West in Newmarket. The York Regional Police are stating that there were two suspects that approached the woman and asked for directions to the hospital.

According to the statement, the elderly woman approached the car to help with directions, one of the occupants of the vehicle removed the woman’s necklace and attempted to steal her bracelets. The suspects then attempted to drive away whilst knocking the woman to the ground. She is suffering from minor injuries.

York Regional Police are asking the public to keep an eye out for a black, four-door Chrysler 300 or 200 that has a red interior that was involved in the get-away.

We need you help to ID the male and female suspects in this black Chrysler sedan after they robbed a 74-year-old woman in Newmarket, knocking her to the ground as they drove away. Call 866-876-5423 x7141 with any info. For more details click the link ---> https://t.co/azy2gYQGcp pic.twitter.com/T3EyDOt9T9

They are also asking the public to keep an eye out for the two suspects that were also involved in the robbery. One is described to be a white male who is 30 to 40-years-old with blond hair who can speak Farsi. The other suspect is a 50 to a 55-year-old white female with shoulder-length straight blonde hair who can also speak Farsi.