This clip is one hell of a ride. 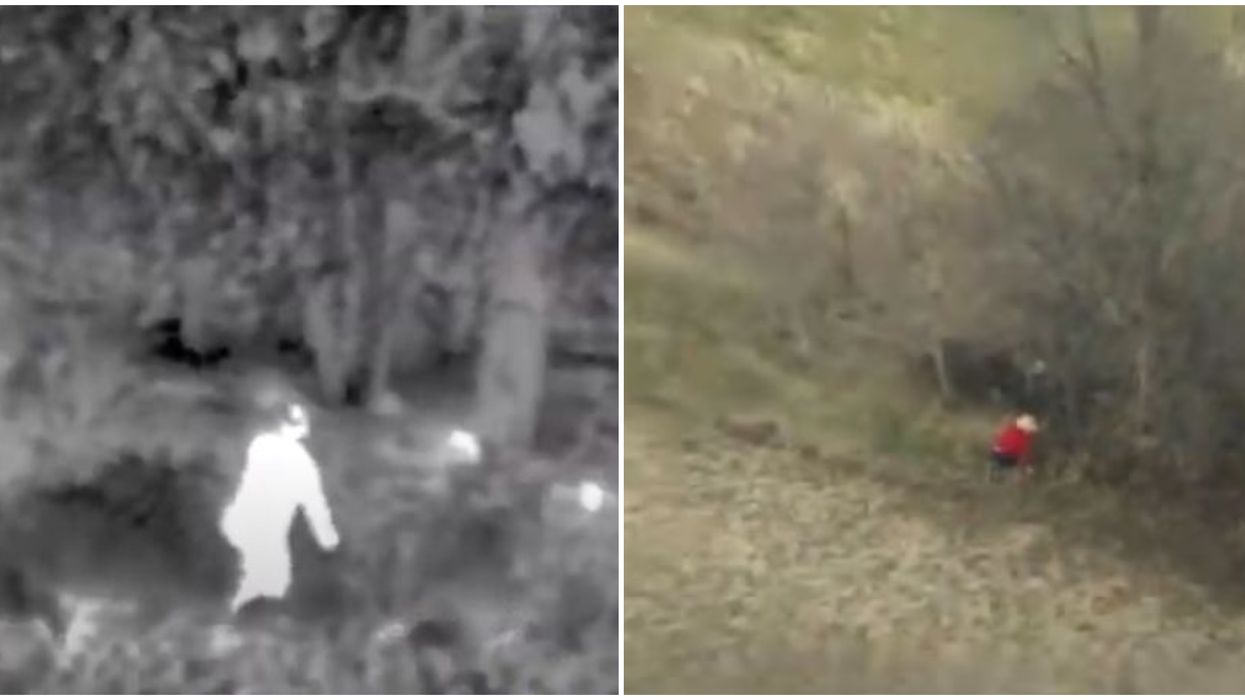 This isn't something you see every day. Unless you're some police officers, perhaps. York Regional Police shared footage of a dramatic helicopter rescue on Thursday, April 23 and it really does make for a rollercoaster ride.

The footage was shot during a missing-person rescue which took place on Tuesday, April 14.

A YRP police release states that shortly after 3 p.m. that day, they got a call for a missing 89-year-old woman near Stouffville Road in Stouffville, Ont.

She had last been seen at her daughter's residence more than an hour before the call and was reportedly unfamiliar with the area and dressed inadequately for the cold.

Frontline officers, Air2 helicopter staff, and the Canine Unit attended the scene. The property was located on over 150 acres of ground, making the search pretty damn tough.

Nearly an hour after police got the call, they found the vulnerable pensioner next to a wooded area on the property.

In the video, you can see how the aircraft helped guide canine officers to her location.

The woman was examined by paramedics at the scene and was found to be in good condition.

The video certainly makes for dramatic viewing. You could even argue it's like something from a movie.

YRP Const. Laura Nicolle told Narcity by email: "This was a very scary situation for this family and we are so happy that we were able to find her safely and so quickly utilizing the resources we have.

However, as she explained, using a helicopter does not always equate to success for police officers.

"Not every situation is the same," Const. Nicolle explained. "For example, if a person is missing in a densely populated area, this would not have been effective and we would be looking at other options."

The helicopter was used in this case as part of Project Lifesaver, a rapid-response initiative aimed at protecting and locating vulnerable citizens.

Const. Andy Pattenden added to Narcity in an email: "Our helicopter is up on general patrol regularly and, if available, is almost always involved in missing person searches.

"We put videos like this out so you can see firsthand what a valuable tool it is."