There's no word as to whether a chicken has crossed the road, though. 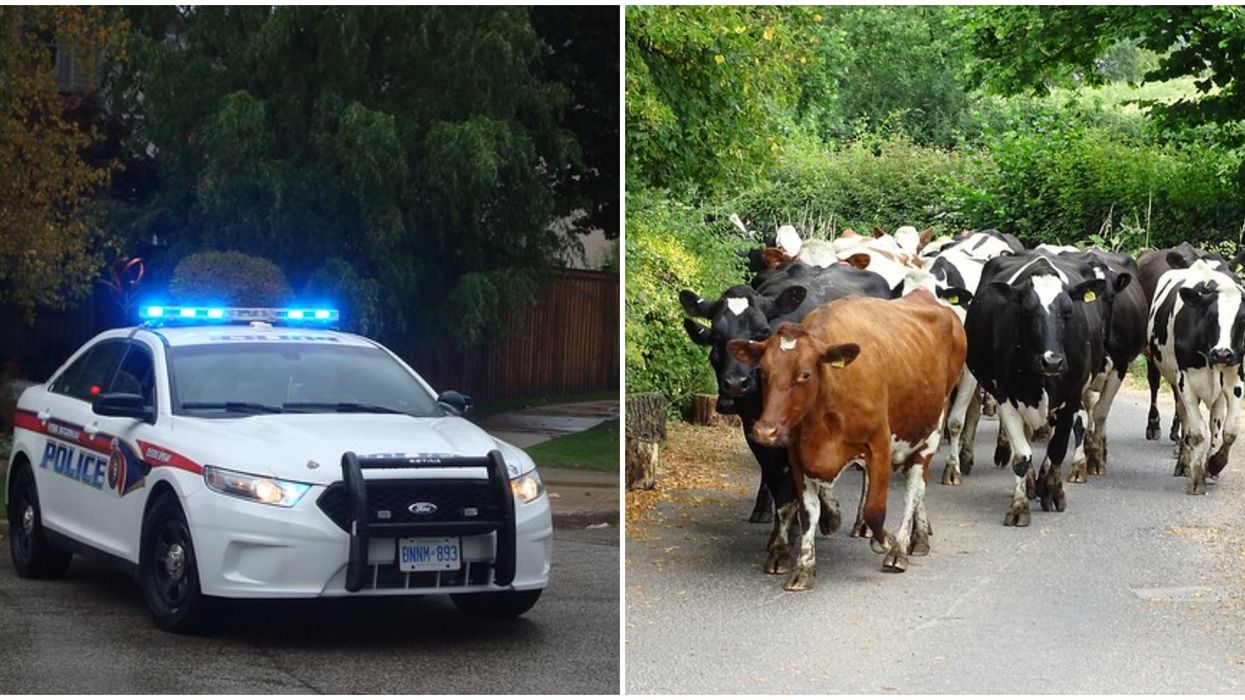 It sounds like old MacDonald has lost his farm animals in York Region in recent weeks. The York Regional Police Twitter account posted a tweet on Tuesday, September 24 about cows on King Vaughan Road, between Pine Valley Drive and Kipling Avenue, an area north of Vaughan which is typified by sprawling farmland. The perfect opportunity for a couple of good puns, the YRP didn't shy away from asking drivers to "slow down and moooove out of their way."

"Our officers attended the area and found the cows and moved off the roadway to a field nearby," a YRP media representative told Narcity. "Thankfully, none of them were hit by vehicles because vehicles vs. cows is never a good situation."

That's true, particularly as drivers often won't have herd them coming. In fact, anyone who says they wouldn't be alarmed to suddenly see a cow in the road after rounding a bend is probably talking bull.

York Region's own tweet and the pun that came with it brought out a variety of responses on that occasion from gleeful Ontarians on Twitter, and most of them were as you'd expect.

It, of course, brought out all of the cow puns, and here's an insight into the mooooood:

As that last tweet suggested, this isn't the first time York Region's drivers have come across unexpected jaywalkers.

Earlier this month, the YRP spent their Thursday afternoon gathering up a large group of horses and donkeys that had blocked the roadway in the Township of King for a short period of time, according to Global News. In aerial video footage, at least 19 horses and two donkeys were seen hanging out on the field.

Officers — or, at least, YRP's social media manager — didn't hold back on that occasion either. Noting that there were approximately 12 to 20 horses involved, a tweet asked drivers to watch their speed and not to "hoof" it down the road.

First horses, now cows. There is no word yet as to whether or not a chicken has crossed the road, though!

One suspicious Twitter user reckons YRP are setting themselves up here.

We're sure there's no fowl play here, though!

In all seriousness, we're just glad the farm animals involved n both incidents were okay and that no collisions were reported.

We'll finally stop the puns now, too. We don't want to start any beef.