Creepy and beautiful at the same time. 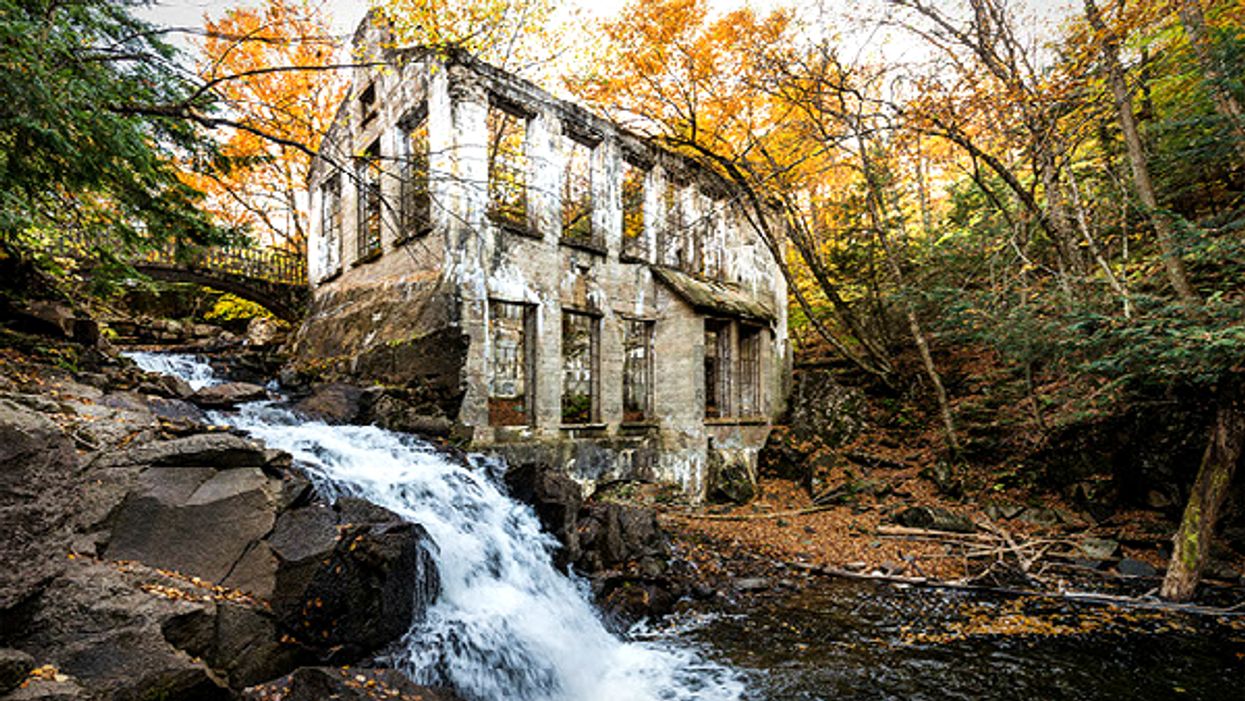 There's a place just a few hours away from Toronto that is both equally beautiful and creepy to explore this winter.

READ ALSO: 9 Proposed Laws In Canada That Will Change The Country For The Better If They Are Passed

The Carbide Willson Ruins in Gatineau Park near Ottawa was once the hidden workshop of Thomas "Carbide" Willson, the scientist who developed the process for creating calcium carbide (an important industrial chemical). Willson, who was a bit of a paranoid individual, built his home in the forest out of fear that his competitors were out to steal his ideas. Through the years, he began to accumulate wealth with his work in the fertilizer industry, and eventually he saved up enough to build his own powered workshop by Meech Lake within the park.

The workshop angered a nearby residents because it caused the lake's water levels to drastically change from day to day, but Willson persisted in his experimental efforts, constantly spending money on his workshop. Eventually, he reached a point where he could no longer keep up with the financial demands of his projects, and he was forced to abandon his beloved workshop.

Over the years, it became a beautiful ruin. Today, plant life has invaded the ruins, and every winter the water that runs beside the old workshop freezes into a beautiful frozen waterfall.