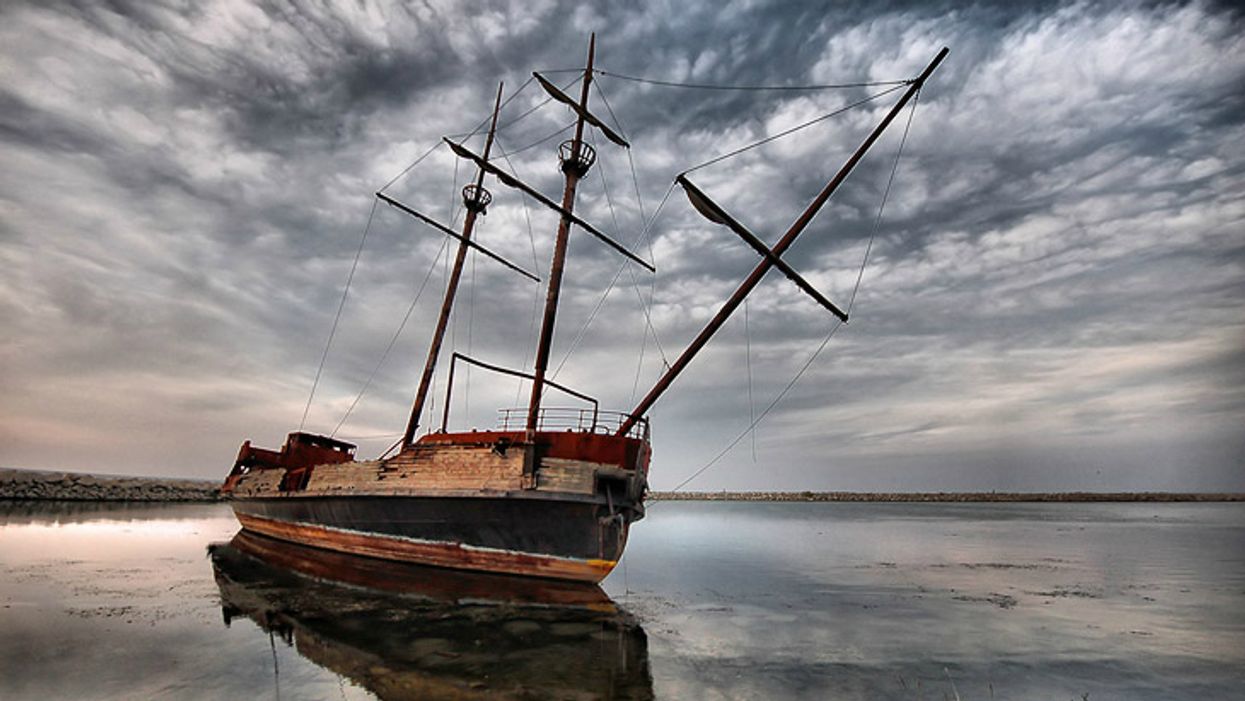 In Ontario, there lies an abandoned, burnt ship that you may have noticed while driving along the QEW from Toronto to Niagara Falls.

READ ALSO: This Massive Ice Castle Is Only A Few Hours Away From Toronto

The ship is actually a life-size wooden replica of a three-masted vessel named "La Grande Hermine" that famous explorer Jacques Cartier travelled on in the 1500s. The replica is located in the town of Jordan by the coast of Lake Ontario and was abandoned since 2003.

Initially, the ship functioned as a floating restaurant inspired by another replica that was built for the 1967 Montreal Expo. However, the business failed to survive, and eventually it was abandoned and mysteriously set on fire.

Currently, there is no cost to visit the ship. While its skeleton looks like it's about to fall apart completely, some brave individuals have actually ventured inside it. Regardless of what your intentions are, a visit to the ship is worth it for the photos.

On Tuesday, convicted teen killer Paul Bernardo was denied parole for the second time after he claimed he committed his crimes out of entitlement.