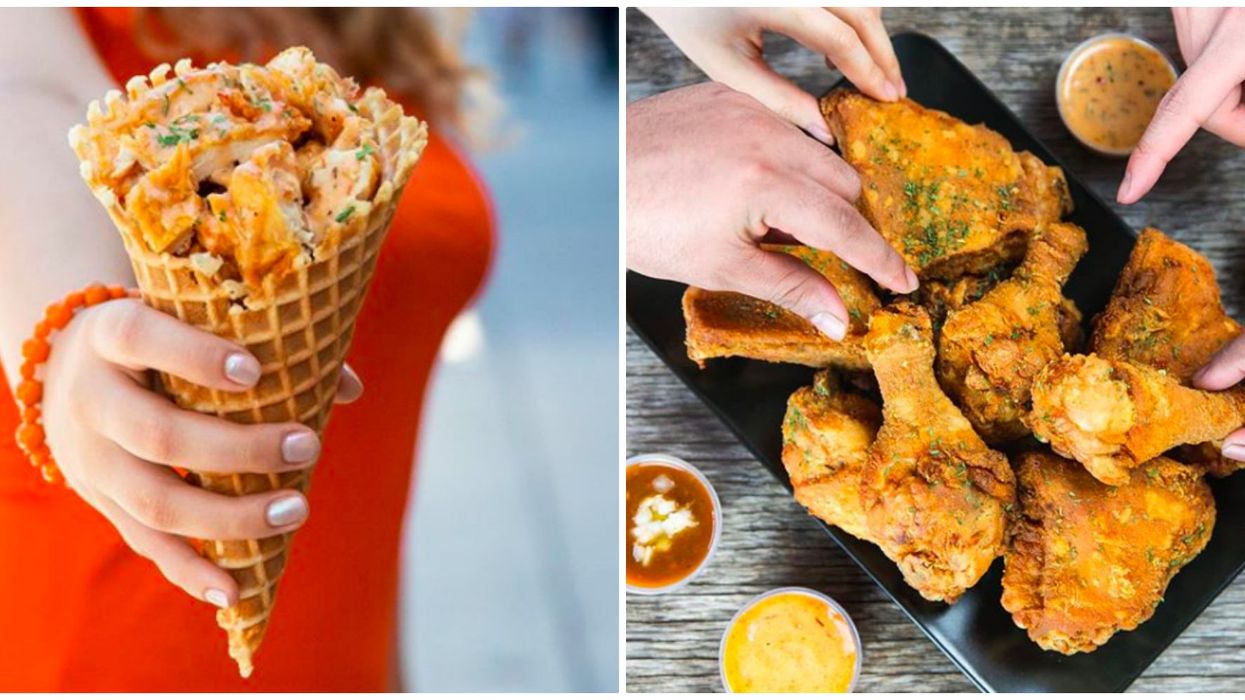 This one-dollar deal is only available tomorrow (Saturday, August 25), for their grand opening of their second location. The opening starts at 11:30am and the first 100 guests to show up will get to try this new tasty menu item called: Hold the Cluck Up. Can you believe they're practically giving away free fried chicken to 100 lucky guests? This tempting chicken cone is made with a fresh waffle cone that's filled to the top with boneless (makes it easier for eating 😉) chunks of juicy chicken breast. To top that, Cluck Clucks is also giving away two $25 gift cards to two lucky winners on Monday, August 27. All you have to do is head over to their Instagram page and tag some friends in the comment section who want to come with you to their Grand Opening tomorrow! The more friends you tag, the better chanes you have at winning and you have until 11pm EST tonight to submit your entries. Chef Mark McEwan even tasted the chicken at Cluck Clucks and he noted, "the chicken is really good. It has really good crust on it, and it is really well cooked. Overall it’s tasty, with nice spice, and it has some sweet, sour and spicy flavours going on." I mean, if this chicken spot has Mark McEwan's approval... it must be good. And for a buck a cone, that is a darn steal! Remember to set your alarm for tomorrow!