This place takes glamping to a whole new level! 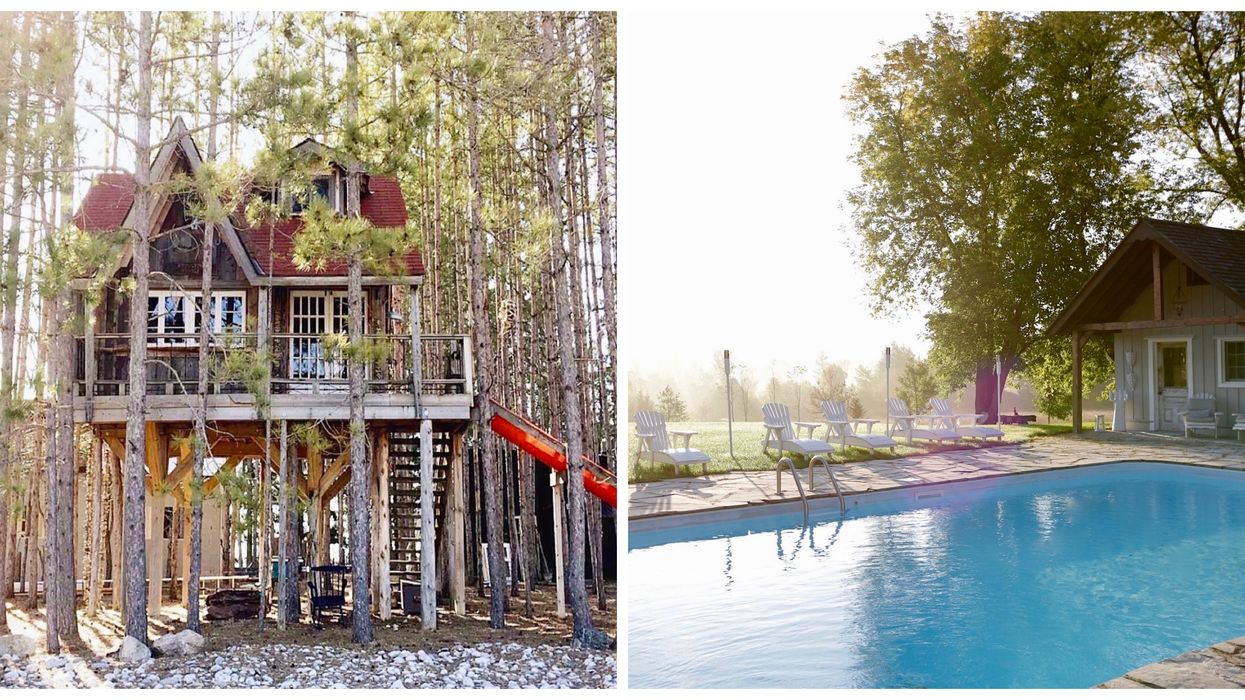 We know that Canada is beautiful and all, but when compared to the scenery of Alberta and British Columbia, the province of Ontario seems to be worth more for their food and film festivals - and for being responsible for one of the country's beloved Ryan’s.

Sure, we don’t have the Stanley Park or the Rocky Mountains, but we are moving up in the competition for luxurious travel. We’ve got Niagara Falls, Blue Mountain, and the waterfall capital of the world. Recently though, we also have something a lot more cooler - this wicked, innovative, have-to-visit treehouse in West Grey. Nestled in the queit countryside of Durham, this stunning treehouse retreat is the ultimate destination for those who want to unplug from the city. The entire campsite is able to accommodate up to six people: two people in the treehouse, two people in the cabin, and two additional spots available on the sofa bed and couch.

Surrounded by 100 acres of walking trails, this Ontario site allows you to enjoy the scenery of camping but spend it with the luxury of a hotel. Privacy is also guaranteed since there isnt any visible neighbours - all except for the occasional deer and chipmunks. Also included in the location is a pool, a hammock under some beautiful pine trees, a BBQ grill, an indoor fireplace, some basic cooking supplies (pots, salt, pepper), and a collection of French press coffee and tea. The pool also comes equipped with a poolside fireplace, along with a vintage barn, some secret goodies, and an outdoor kitchen.

Yeah, that's right - there’s more than one place to eat at this place. Sounds heavenly, right? Also included is the location's on-site WiFi, but there is isn't any TV. Although, if the thought of no television worries you, then you probably need this retreat more than anyone. At this getaway, you’ll get the feeling that you’re part of the luxury and not just visiting it. Summer availability is limited (I mean obviously, look at this place), so you better act quick if you want to visit within the next couple of months.

For more information, you can check out their Airbnb page or the owner’s official website.