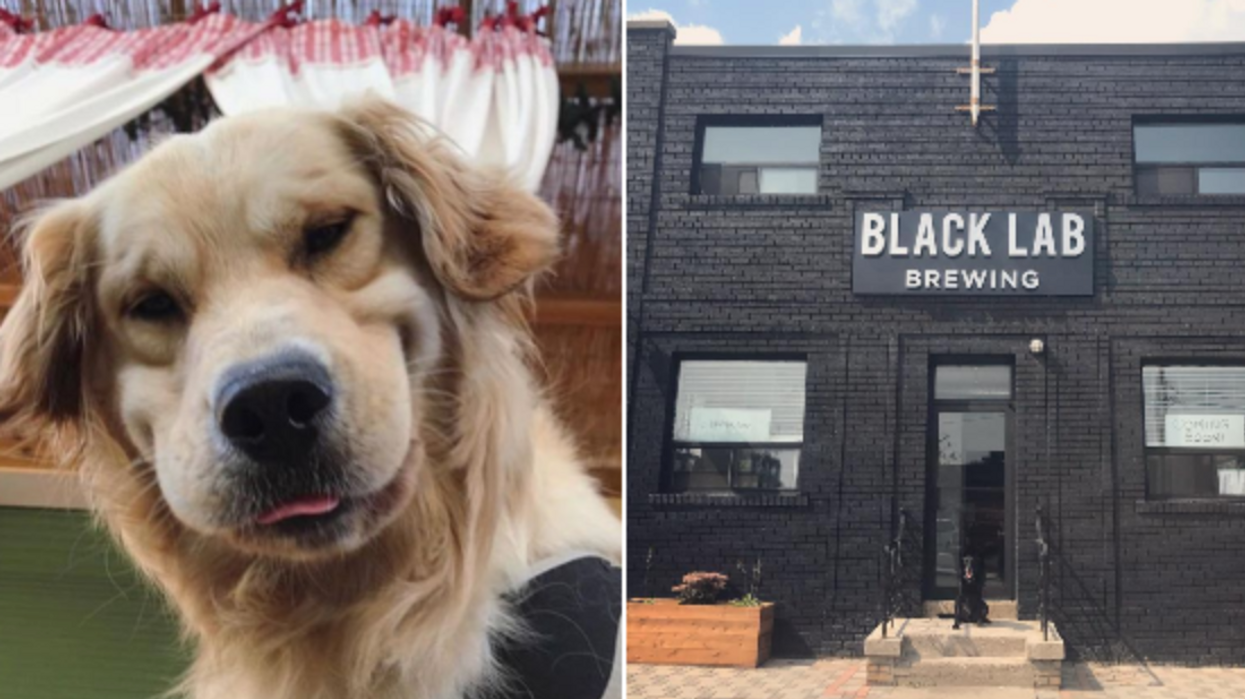 If you go to any park or open space in the city, it's easy to tell that a lot of Torontonians have dogs. Though, surprisingly with such a large portion of the city having a four-legged friend in tow, you don't find too many restaurants or bars that accommodate our furry friends.

READ ALSO: "You Can Take Your Dog On A Lunch Date At This Cute Dog Café In Ontario"

Meaning that whenever a spot is pet-friendly, it gets even more hype than usual. Thankfully, the newest pet-friendly spot comes in the form of a brewery that was actually inspired by the owners' dog - it's called Black Lab Brewing. The brewery in Leslieville has completely taken over an old warehouse, meaning it'll have that authentic warehouse vibe everyone knows and loves.

But, if you thought that'd be the only unique design element to the space, get this. While no photos of the interior have been revealed quite yet, the owners claim that the space will be filled with hanging plants, TV's to catch the game and a future rooftop patio coming next spring if everything goes to plan. The spot will also feature 18 taps once they get settled, but during the first few weeks, they'll be featuring six to eight beers on tap just to get the ball rolling.

As well, instead of a set menu, the brewery will be offering snacks and pop-up food stands every so often, meaning your experience at the spot will be different with every visit! Snoopy - the dog that inspired the brewery's creation - will be in attendance most of the time. The nine-year-old black lab is so adorable, you'll be happy to stop by for a visit with or without your own dog joining you.

We don't know how nobody has thought of this before - what's better than enjoying a beer with your dog!?

The brewery is set to open next weekend, so get your dog ready for the best playdate both of you have ever had! You can visit the brewery over at 818 Eastern Avenue and keep up with them on their Instagram page.