You Can Visit All The Toronto Spots In Emma Roberts And Hayden Christensen’s Latest Movie, "Little Italy"

"Little Italy" starring Emma Robert's and Hayden Christensen was filmed all over the city! 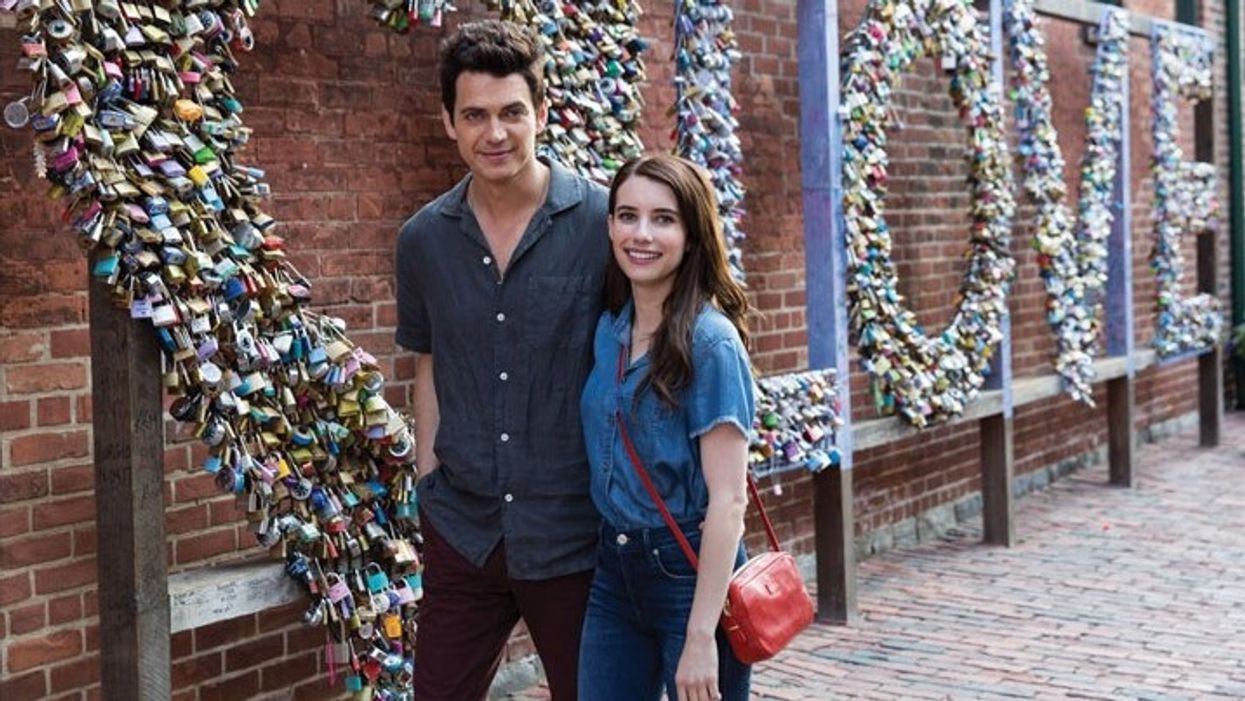 Toronto is a super hot filming location, with shows like "Suits" using the city to mimic New York, or going a little further north to capture the picturesque small-town feel, used by the hit series "Gilmore Girls."

But in a refreshing turn of events, one of the latest films to be shot in Ontario's capital city is actually about Toronto, too. Emma Roberts and Hayden Christensen were seen all over the city filming their latest flick, "Little Italy." Now that it's in theatres, you can actually go visit all the places they filmed. The movie follows the story of a successful chef in London, played by Emma Roberts, who is forced to return home to visit her family in Toronto's Little Italy neighbourhood. The film features romance, comedy, duelling families, and a perfect dash of Toronto culture.

But even more importantly, these are some of the real Toronto hotspots that made it onto the big screen.

This film tells the story of two neighbouring pizza shops, and their intense duel to be the best on the block. While Little Italy is full of amazing pizza places, the crew actually opted to rent out and transform two joining storefronts at the corner of College and Robert Streets into Vince's and Sal's pizza shops for the film.

Now that filming has wrapped up, there's not much to see at the corner of College and Robert Streets. But, if you want a taste of the action, Fresca Pizza and Pasta, is a real Italian joint with some amazing food - you can spot in the background of a number of scenes in the film. A lot of the story in "Little Italy" all comes back to one bar, Luigi's, where Emma Robert's character goes to escape her family and ends up meeting her love interest, played by Hayden Christensen.

While Luigi's Bar isn't a real place, the actual bar used to film the scenes is a neighbourhood favourite, the Monarch Tavern. Not only does the bar have a super cool exterior and amazing menu, it is actually one of the oldest taverns in Toronto, operating since 1927. Not only can you go there to eat, but you can also book the venue for parties and even weddings. While there is a seemingly infinite number of Starbucks in the city, not all of them have been the backdrop to a major movie. Emma and Hayden's characters may be the major love affair in the movie, but they aren't the only romance.

This exact coffee shop is seen in the trailer for the film as two of the families' grandparents sneak off for a little coffee date. You soon could be sipping coffee at the same table where stars like Danny Aiello and Andrea Martin sat before. One of the ironic things about the movie is that it highlights the popular Taste of Little Italy festival that takes place in Toronto every year, but the festival scenes were actually shot in the Distillery District, far away from the Little Italy neighbourhood itself.

None the less, this is actually a win-win because it gives you two options to explore. You can hit up Old Toronto's ultra-cool Distillery District to visit all the spots Emma Roberts visited. Or, to get a more authentic experience of what's portrayed in the film, you can actually go to the Taste of Little Italy, which happens every summer in Toronto.

Little Italy premiered in Canada on August 24th and you can still catch it in theatres before visiting all these local movie hotspots.