It broke a Guinness World Record! 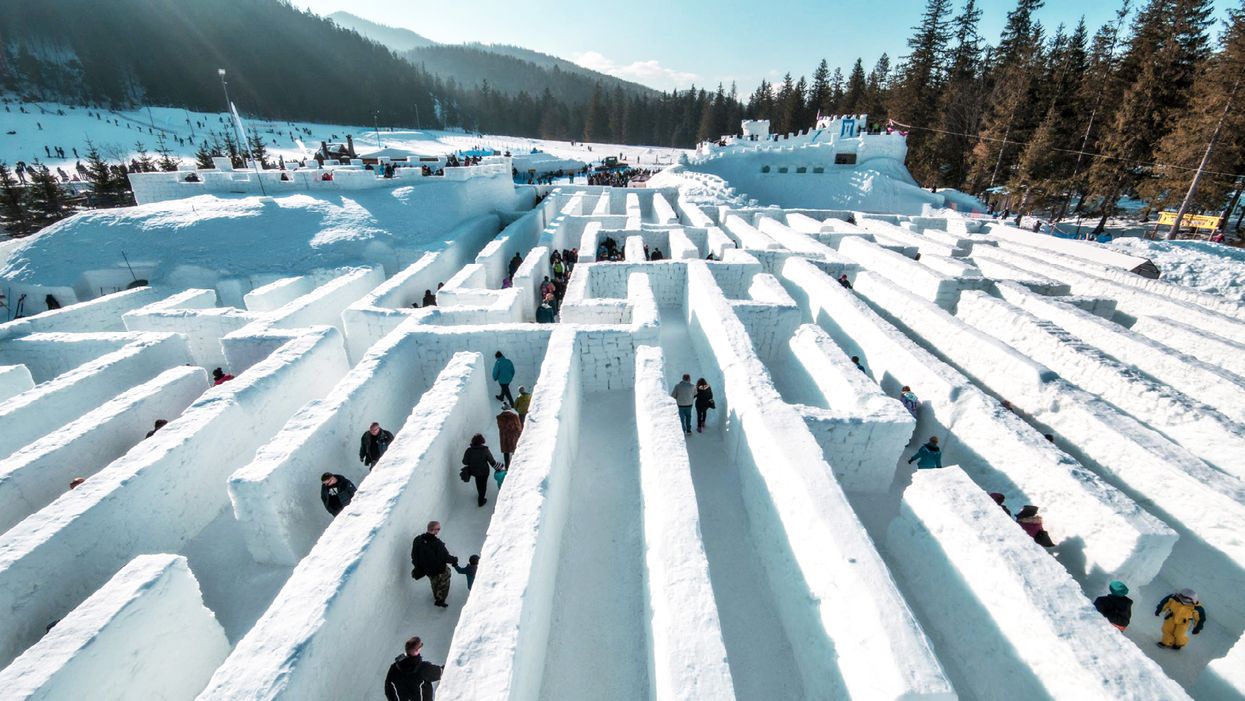 Winter doesn’t have to be depressing — in Ontario, one town makes the most of the snowy season with a massive three-day winter carnival that has won several awards over the years.

Thunder Bay is hosting the Voyageur Winter Carnival, and it’s one of the best celebrations of winter in the province. Several snow-related attractions and entertainment are featured every year, including massive snow tubing hills, ice racing, river skating, snowshoeing, curling, winter golf, a sugar shack, winter games and contests.

But perhaps the coolest feature of the entire carnival is the giant snow maze, which actually broke a Guinness World Record for being the worlds largest snow maze. It takes several engineers, surveyors and a full month of construction to put up the maze, and every year the town tries to make it bigger than the last.

“We invented tools to actually build the snow maze, and  it certainly took a bit of time to put together because there's a lot of walls, it's really easy to get lost in there," said Sergio Buonocore, the park general manager, to CBC News.

A photo of the snow maze has been published in the Guinness Book of World records. Its one of the reasons why the carnival attracts people from all over the province every year. It’s an experience every Ontarian should try at least once — just make sure to bring a thick winter jacket and snow pants!

This year, the carnival will run from February 17 to 19, weather permitting. Tickets can be purchased per day at $10 each or you could get a weekend pass that gets you access to all of the carnival’s events for $20 each. For more information, visit fwhp.ca.