Ontario Is Getting A Giant Floating Water Park This Summer (Photos)

Only a 1-hour drive from Toronto. 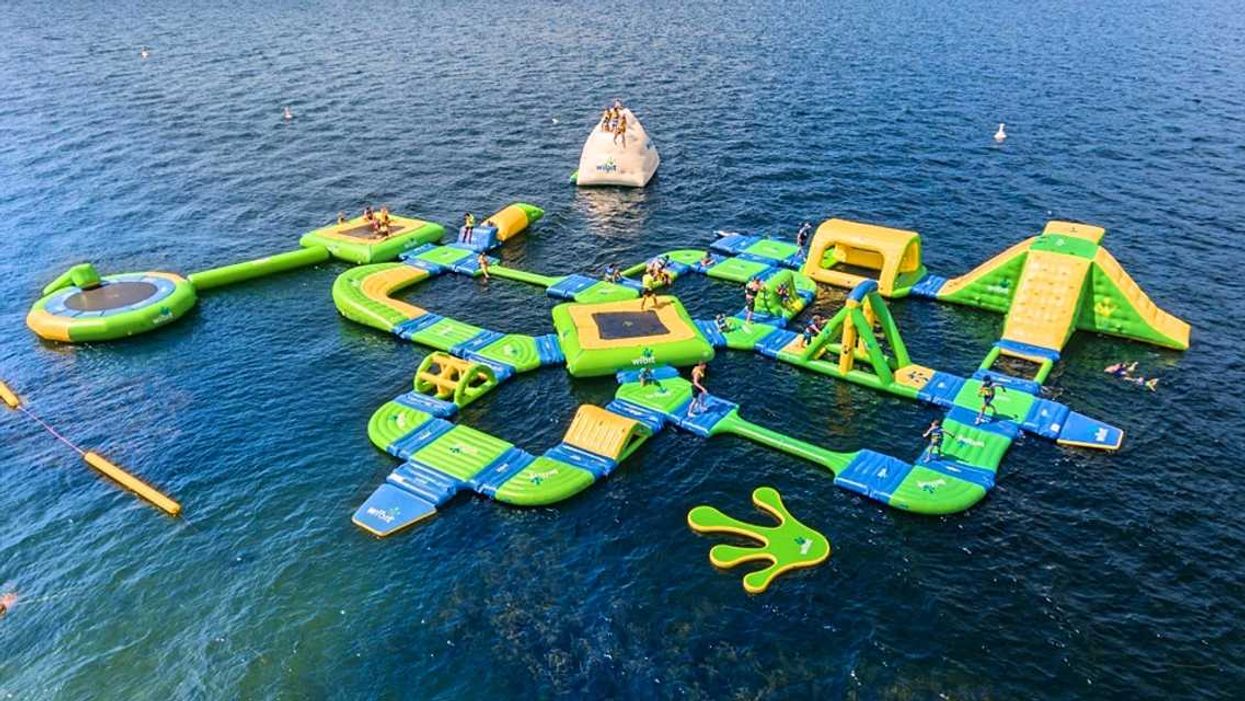 Summer is officially right around the corner! Even though winter refuses to quit, that won't get us distracted from that fact. In just a few short weeks the snow will be history and we'll finally be able to feel the sunshine on our faces!

When we were kids, summertime meant running around outside until we were forced to come inside when the streetlights came on, tricking our mom into letting us eat popsicles for lunch, and spending all of our days at our friend with the pool's house.

Even though we might not be able to spend all of our day's at a pool anymore, we can still cool off at Ontario's largest floating water park this summer! Located in Niagara, Pirate Ship Cove just opened up for their first season last year and this year is going to be even bigger than the last.

READ ALSO: You Can Float Down This 2 Km Lazy River Through An Ancient Gorge In Ontario This Spring

You can find the Pirate Ship Cove inflatable water park located just outside the city of St. Catherines which is just over a 1-hour drive from Toronto! This location used to be named Flyboard Niagara and only offered flyboard lessons but now they've expanded to offer a ton of exciting water sports.

Their inflatable water park is seriously massive and they've hinted on their Facebook page that an even bigger expansion is coming! In addition to the waterpark and the flyboard lessons, you can also rent kayaks, paddle boards and sea doos here for an epic day of fun on the water.

The park has everything from massive slides and climbing walls to trampolines and giant blobs to launch yourself into the water with! It's definitely not just for kids but kids are obviously welcome.

The cost to enter the waterpark is $39.95 per person during the day but they also offer a twilight special from 5-7 pm for just $24.95. Last year the park opened up at the end of June and while they haven't released their official date yet we can expect to be around the same time!