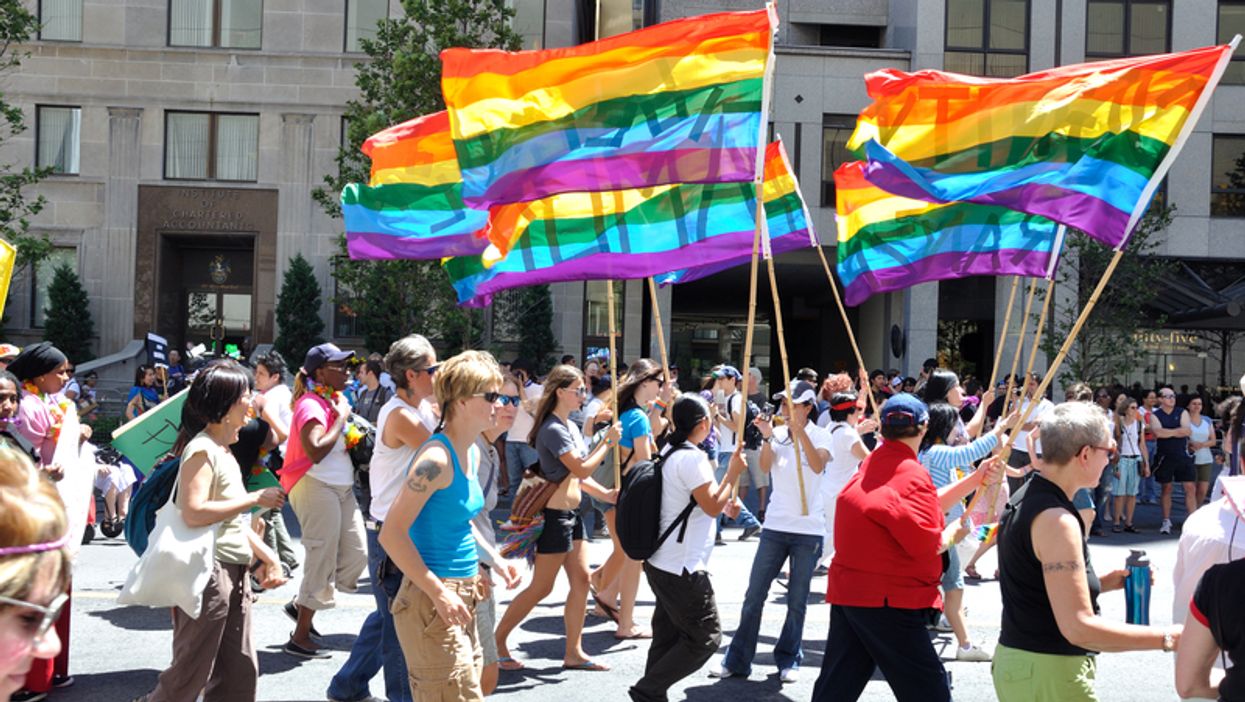 "Drinks to go" just got approved for this year's Pride festivities in Toronto. The festival is running for three days, from June 22nd to the 24th. Finally, Pride goers will be free to buy drinks from any bar or participating organizations selling alcohol and take them around the festival.

The "drinks to go" option will be in effect for all three days of the festival, in the Church St., Charles St. East and Dundas St. East areas. Since patios are usually crammed during Pride week, and beer gardens come with long lineups and cover charges, this new freedom is great news for everyone.

Toronto is the first city to take advantage of Ontario's new liquor laws since they were approved back in 2011. According to the laws, anyone is allowed to walk around with their drinks at a public festival, as long as they bought it on festival grounds. Pride is the second festival in Ontario to officially put it into action, after the Christmas Market in the Distillery District this past winter. Other Pride events in Canada, like the one in Montreal, have already been enjoying "drinks to go" and have proven its success. In years past, anyone attending the Montreal Pride street festival was free to take their drinks anywhere along Ste. Catherine Street. It's taken Toronto's Pride organization long enough to join in, but hopefully this means other festivals in Toronto will follow their lead.

Pride Toronto's Executive Director Olivia Nuamah says that many new activations and events are in the works for this year's Pride Month, as part of their initiative to "grow the festival and create spaces for all members of our community to come together, be proud and have fun."