Tory Lanez Responds To Punching A Fan At His Toronto Show

Tory Lanez says that the fan he punched at his Toronto show was trying to "cause him bodily harm." 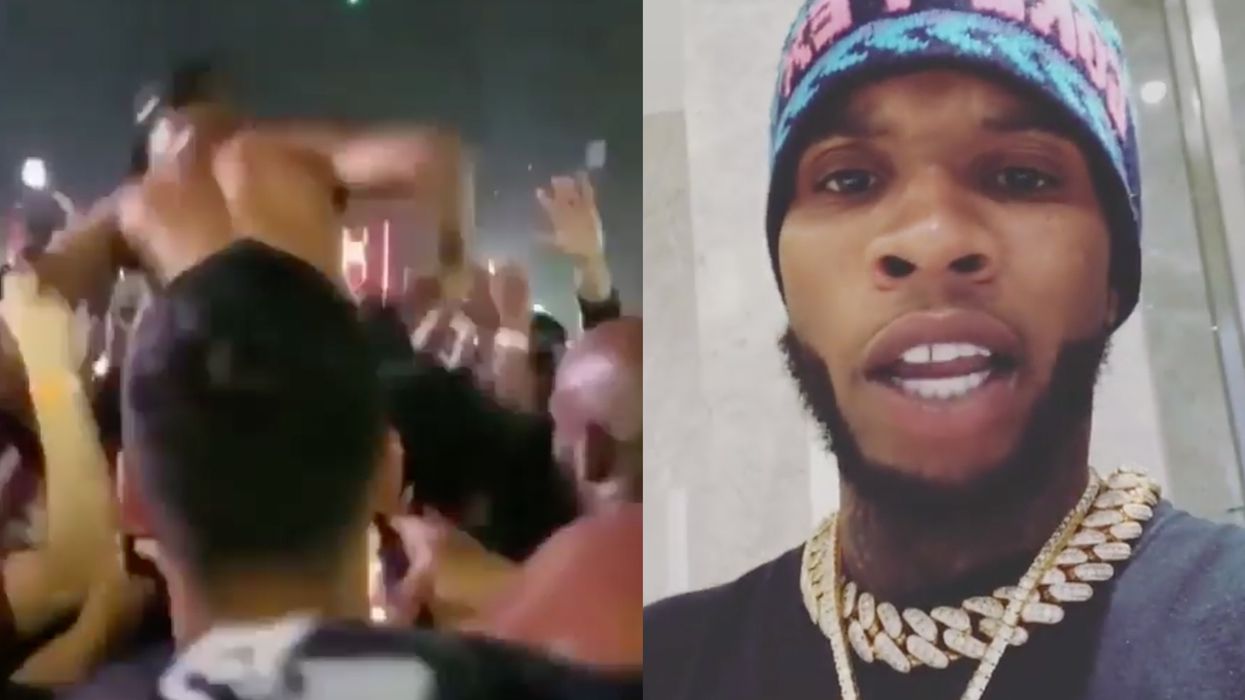 Tory Lanez caused quite a stir yesterday after videos surfaced online of him punching a fan in the crowd of his Toronto show on Wednesday night. Lanez, who's a Toronto-born rapper himself, let his anger get the best of him in the middle of his set at REBEL.

In the video, Lanez was reportedly preparing for his signature version of the crowdsurf where he walks on top of the audiences' hands. "Hands the f*ck up!" he yells into the mic at his fans. Then suddenly, Lanez jumped into the crowd and started throwing punches at an unidentified fan.

It's no surprise that, within hours of the video popping up on social media, the Internet blew up with fans, blogs, and news outlets commenting on the incident. Early this morning, Lanez jumped on Instagram to clear the air.

"Number two, if you've been to a Tory Lanez show in, I don't know, maybe the last four or five years, you'd understand that I crowdsurf at every single one, I've never been absent when it comes to the crowdsurfing," Lanez continues, "I've always did it, crowd walked on every single fan, every single crowd that I've been in front of, and they love me for that because I get in there, no security people, people love me."

"I would never disrespect my fans and file off on a fan. But, I always want y'all to understand the real story," he says, "I'm also never going to let nobody come to my show and try to take this from me or cause me a problem or cause me bodily harm. As a man, I just can't."

Fans have started commenting on the video, sharing messages of support and understanding. But, many have also pointed out that Lanez chose to keep his explanation pretty vague, not revealing the exact details of what the fan did to warrant the punches.

"Where the dude he punched? What's his story?" one comment reads. Another fan responded to the comment with, " the dude held onto Tory's hand tryna drag him down when he was standing on the barricade when he was performing and wouldn't let go."

In this video taken from above the crowd, you can see the fan pulling Tory Lanez by the hand and refusing to let go. Even from far away, it's easy to see that the fan was getting on his nerves.

Even if they deserved it, we definitely feel sorry for that fan.