A horror story waiting to happen. 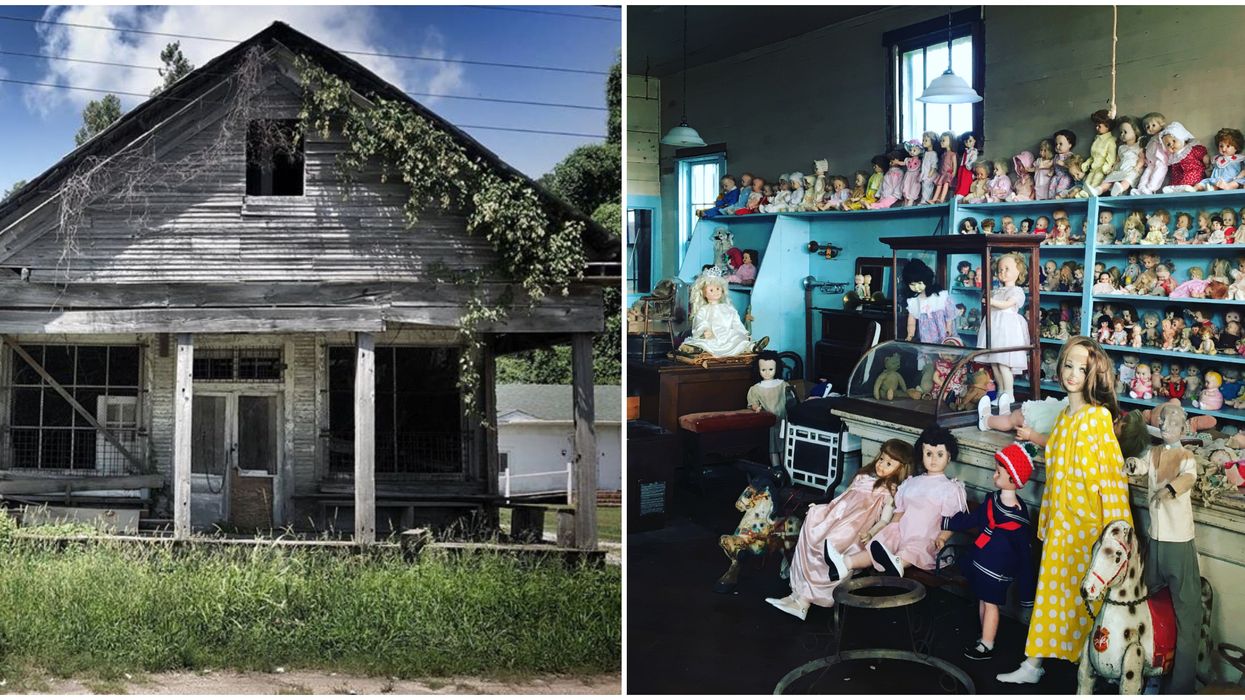 Even when they’re cute, dolls can still be pretty creepy. Sitting alone on a chair? Creepy. Standing on a shelf in a dark hallway? Creepy. Laying on a bed with unblinking eyes? Creepy! Now imagine a town where the doll population surpasses the human population. Yeah, total nightmare fuel. Well in one sleepy little town in Mississippi, Nitta Yuma brings that nightmare to reality.

Nitta Yuma is the kind of place you stumble upon without realizing it. It can be found tucked away in Sharkey County, Mississippi if you know where to look. And while it might not seem like much at first, this tiny town is full of history — and proud of it.

Helen Carolyn Phelps May, a daughter of one of the oldest families in the town, told Southern Living in an interview with Southern Living of how her mother wished to restore the town to its former glory and have it preserved as a historic center.

Phelps May even tells of her great grandfather who exchanged jewels and goods with Choctaw Indians in the area. Her mother, Dorothy, may not have realized that she would actually come to provide one of the things Nitta Yuma would be most well known for — the doll collection.

Until her death in 2011, Dorothy Phelps collected a wide array of dolls; as Helen reports it, there are over 3,000 of them in the collection, which greatly surpasses the town's living population.

Local legend tells that the town used to be home to around 600 residents, but today, it totals to about 20. The dolls are on display in the general store that curious guests can visit.

Dorothy’s family also owned a funeral parlor, and Helen told stories of how her mother would hold pretend burials with the dolls when she was a girl.

Helen told Southern Living that the display is now considered to be the largest doll museum in the state.

Aside from the massive doll collection, the little town houses pre-civil war era homes. Their facades have witnessed many years, showing the wear of passing time and creating a uniquely eerie ambiance that will take you back to the past.

If you feel like this is something you have to see to believe, Helen encourages curious explorers to come visit!

Why You Need To Go: There's plenty of history to experience in Nitta Yuma! From pre-civil war era buildings, an eerie abandoned town ambiance, and a collection of dolls larger than the current population, this is one unique town for curious visitors to explore.