The trainer is said to be seriously injured. 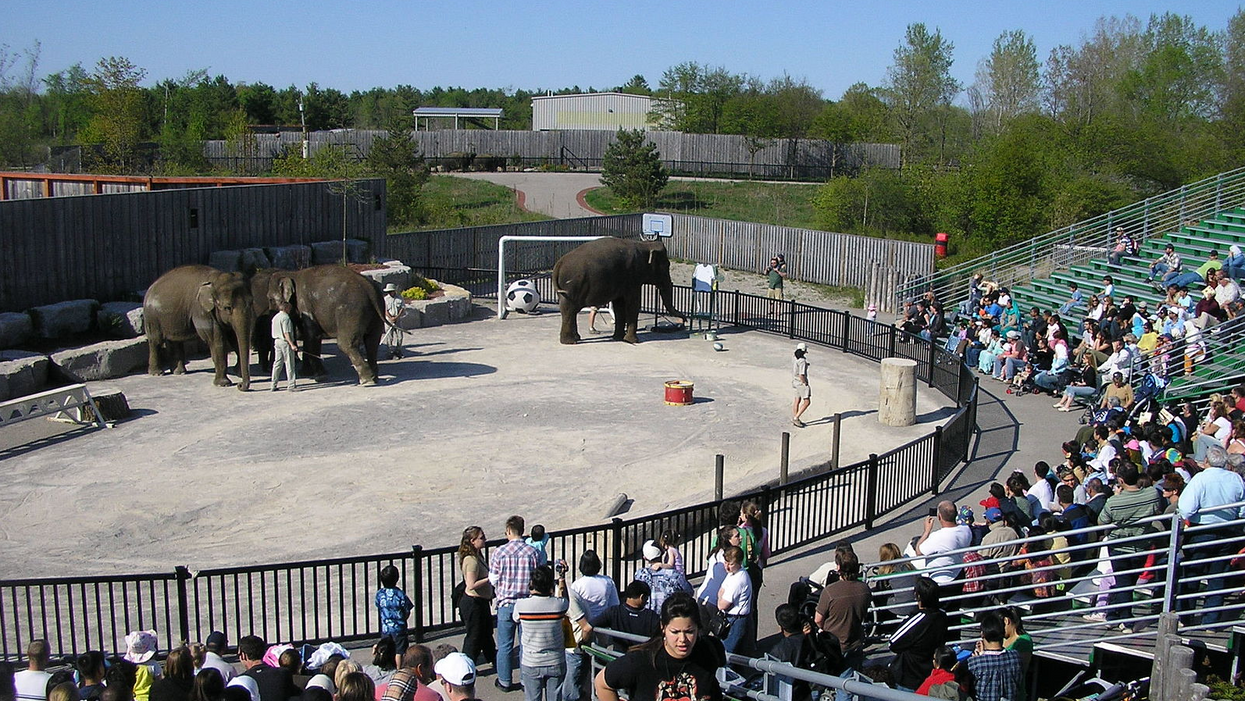 A scary incident happened on Friday. A trainer was attacked by an elephant at Ontario’s African Lion Safari. The trainer was airlifted to the hospital after being seriously injured by the attack Friday afternoon. Emergency officials were called to the Hamilton drive-in wildlife park at around 3:10 PM after reports of the elephant attack.

Hamilton Police tweeted at around 3:30 PM and announced that they had responded to a call at the safari park on Cooper Road, in Flamborough. The statement confirmed that the patient had been airlifted to the hospital and that the Ministry of Labour had been contacted.

According to reports from CBC News, a spokesperson for Ornge air ambulance confirmed that they had transported a male in his 30s with significant, serious injuries to the Hamilton General Hospital.

CBC News reports that the woman answering the phones at the park was unable to provide any further information about the incident, and said there was nobody present on-site who could answer questions from a reporter.

According to the park’s website, the African Lion Safari is a Canadian owned family business, that opened its gates to the public in 1969. The park currently houses more than 1,000 animals, including over 100 different species.

The website states, “Our manner of exhibiting animals is completely different from the traditional approach; that is, the visitor is caged in the car, and the animals roam in 2 to 20 hectare (5 to 50 acre) reserves.”

The African Lion Safari website offers the public to ‘get closer than you had ever imagined’ to the park’s wildlife, and says that the park is presently celebrating 50 years of successful business. The website also notes that the 750-acre park is home to a herd of 16 Asian elephants, which is the largest herd in any North American zoological facility.

According to reports from CBC News, this is not the first time an elephant has attacked a person at the tourist attraction. An elephant crushed a 14-year-old in 1992, when he was performing at the park. The elephant hit the teenager with her trunk, and another elephant trampled him, fortunately only causing the boy a broken leg.

Speaking at the time, the park’s president, who was also the teen's uncle, said, “This was a one-off occurrence. Nothing that could have been forseen, and of course, working with animals is risky at the best of times.”

The immediate response that is coming in from Canadians on Twitter is concern for the elephant, with several users asking if "is the elephant ok?" Another user has urged authorities not to euthanize the animal, which can be protocol following incidents like this.

Please don’t punish this poor animal. African Lion Safari has elephant rides and the elephants are sick of it! Leav… https://t.co/LJYwL0IVPk
— Wajiha (@Wajiha)1561147027.0

@HamiltonPolice I better not hear about intentions to euthanize the elephant! It's not it's fault it's in captivity… https://t.co/YJJonTs82H
— Jorge Barbosa (@Jorge Barbosa)1561148281.0

It is not yet known what events led up to the horrific incident that happened this afternoon at the park.

Narcity has reached out to African Lion Safari for comment and we will update this story when we receive a response.