It's a huge step for inclusion in hockey! 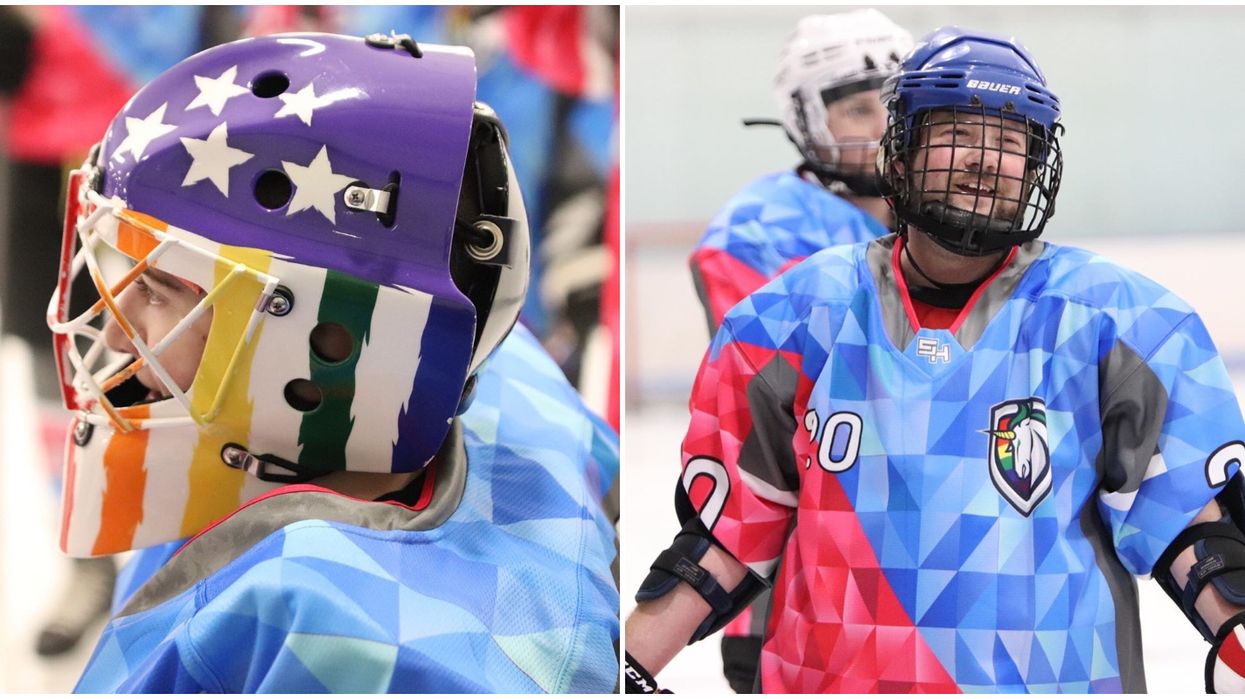 What may have been the very first hockey team comprised entirely of transgender and gender non-conforming players got to show off their skills in Boston during a friendly series of games hosted by Boston Pride Hockey, an LGBTQ+ hockey organization. The transgender hockey team was made up of Canadian and American players and included amateurs and professionals.

Two professional Canadian hockey players that joined the team were Harrison Browne of Oakville, Ontario and Jessica Platt of Sarnia, Ontario. Browne who is now retired, used to play professionally in the National Women's Hockey League. Browne is believed to be the first professional transgender hockey player in history.

Jessica Platt was the first transgender woman to play in the Canadian Women’s Hockey League. She is currently on the roster of the Toronto Furies.

"For a lot of transgender people you can feel the hostility in the hockey atmosphere because it's still very much a male-dominated sport where anyone who's seen as different is typically made fun of or is an outcast," Platt told The Canadian Press.

"A lot of kids feel like they don't have a place in sport because sport in the past and in history has been so binary," Browne told the Canadian Press, "it's always broken into men's and women's sides."

Boston Pride Hockey, who organized the event, wrote on their website that the Friendship Series and Team Trans were formed "to prove that everyone has a place on the ice!"

The series, which took place on November 9 and 10 in Boston. While Boston Pride's own team won both games, they wrote on their Instagram, "Team Trans was great! But more than winning, we made a lot of new friends!"

Hockey itself, and particularly the people who play it, became a hot button issue after Jess Allen made comments about players being "bullies" on CTV's The Social. The controversial comment struck Canadians and made them start thinking about what the "Canadian hockey player" really looks like.

To Browne and Platt, hockey is a sport that is beloved by all and players in Canada come in all shapes, sizes, genders and sexualities.

The sport actually does seem to be evolving with current culture. A recent move to be more sensitive was even made by Hockey Canada when they changed the names of each age group to be more appropriate.

While not everyone plays it, hockey is considered a way of life for many Canadians. There's even a mansion in Ontario with its own hockey rink. With so many different people playing hockey now, something like Team Trans is a great way to promote inclusion.

Team Trans is planning to play more games together in the future. They will be taking place in Madison, Wisconsin and Toronto.