This comes into effect on March 30. 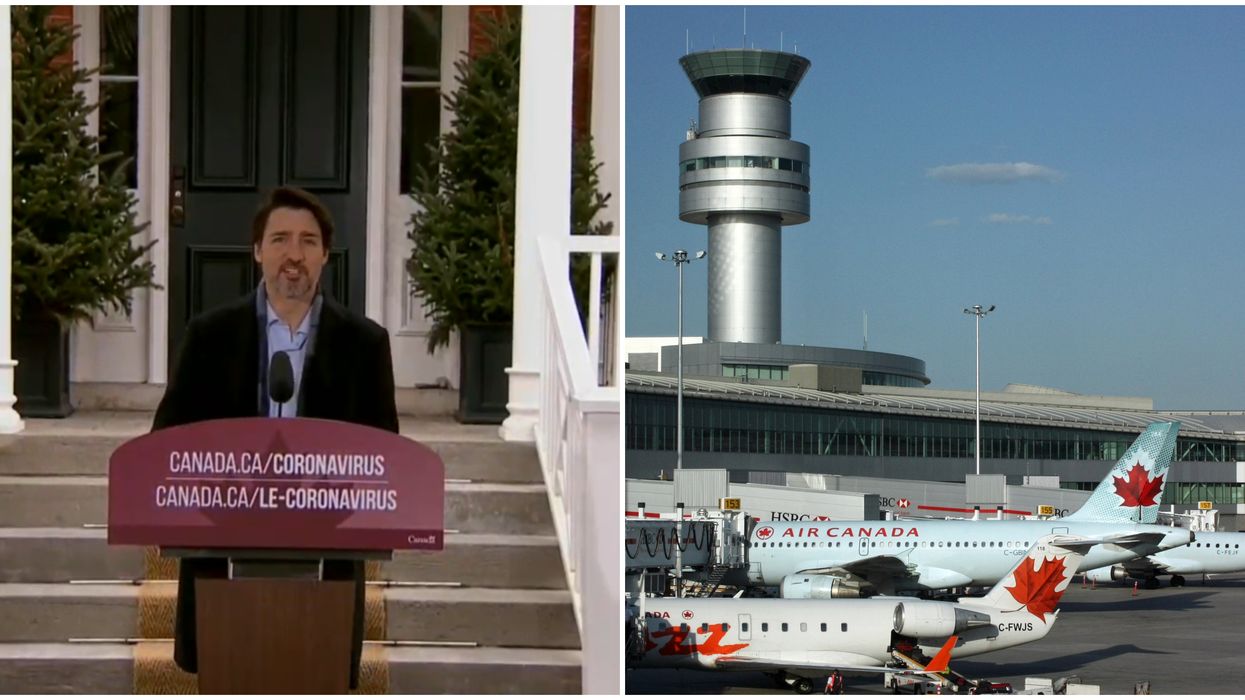 There are new rules coming into effect regarding who can move between our country's provinces and territories. Travel within Canada is being restricted for anyone who shows symptoms of COVID-19. With the new regulations, plane and train travel will be impacted.

The Prime Minister announced on March 28 that people wanting to travel domestically within Canada will be denied boarding onto planes or trains if they're showing COVID-19 symptoms.

"Stay home if it's not absolutely essential for you to travel," Trudeau said during his daily press conference outside of his home.

These regulations will come into effect across the country at noon on March 30.

So for all domestic flights and intercity passenger trains, people won't be allowed to get on if they have any symptoms of the virus. It doesn't matter if they are mild symptoms or severe.

However, buses aren't included in this, because they aren't federally regulated.

He also pleaded with Canadians to keep up the good work isolating themselves and keeping the distance.

"We need you to continue to stay home," he said. "There are sacrifices we're all making."

In addition to this new restrictions, there have already been quite a few travel-related regulations put into place recently due to the global pandemic, including travel advisories and border closures.

However, Canada hasn't made any moves to limit internal travel until now.

"Every step of the way we're going to look at whether we need to take further measures to keep Canadians safe," Trudeau said. "We will make those decisions as they are needed to be made but right now we're not looking at closing provincial borders."

So people can still travel between the provinces and territories for now if they don't show symptoms.

However, closing the borders within Canada hasn't been ruled out.

According to the government, symptoms can take up to 14 days frome first exposure to appear.

Known symptoms include cough, fever, difficulty breathing, and pneumonia in both lungs.

You can take an online self-assessment offered by the government to see whether you might have COVID-19 and what measures you should take either way.

Also, a mandatory 14-day self-isolation period has been put into place for anybody coming into the country now.