Former NBA teammates Tristan Thompson and LeBron James were spotted in the company of three women in Toronto's Yorkville district. 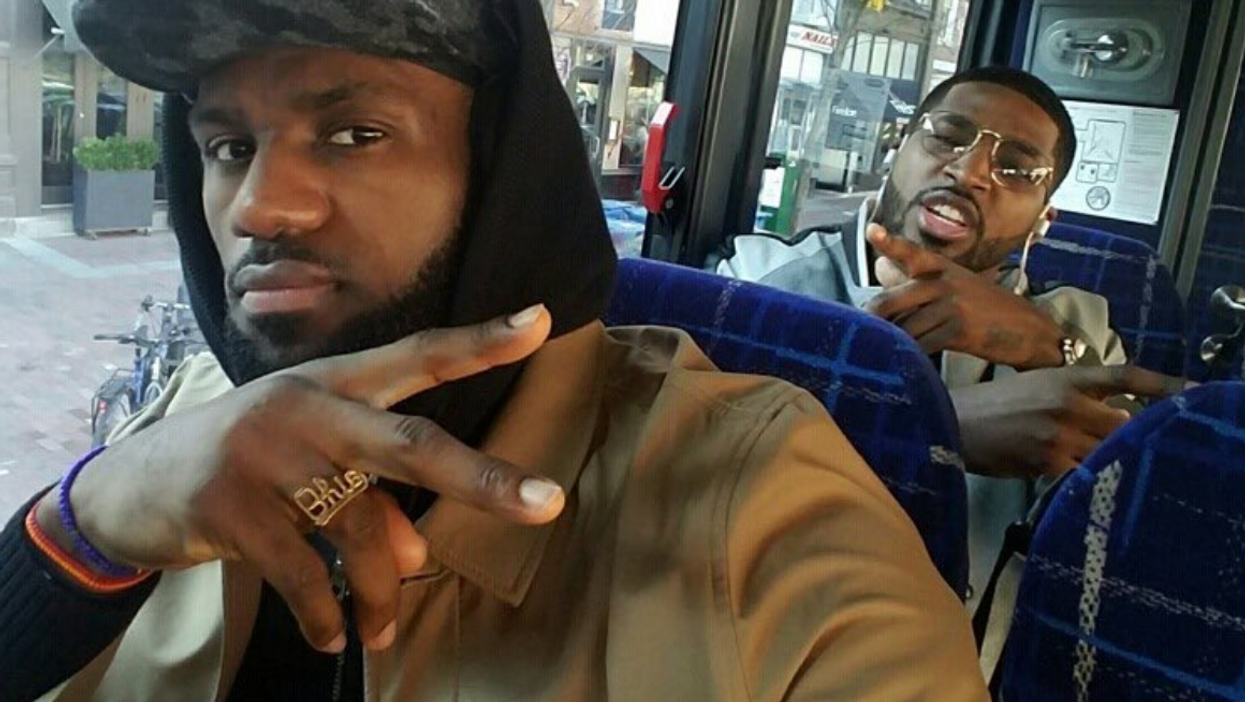 Tristan Thompson and LeBron James were spotted in Toronto this long weekend, kicking back and having lunch on a patio in the city's upscale Yorkville district - in the company of three mystery women.

The sighting comes only a few short months after news of Tristan's cheating escapades broke to the public. Back in April, Tristan was caught getting way too cozy with two different women, days before Khloe Kardashian was due to give birth to their daughter, True Thompson. One of the women had even spent time with Tristan in a New York City hotel for several nights.

Khloe and Tristan have reportedly made amends, and things appear to be back to normal between them. But, even now, Tristan clearly has no qualms about being in the public eye with other women. He and LeBron enjoyed their leisurely meal in plain view, facing a busy streetcorner on the ground floor of the patio.

Tristan, who's originally from Brampton, Ontario, was likely home for his summer season hiatus from the NBA. His former teammate LeBron James was in town for the Caribana festival, where he made a guest appearance. According to the Hollywood Reporter, it was hinted that one of the women had spent time with the NBA duo over the weekend. She had reportedly "partied" with LeBron, Thompson and rap group Migos, who performed at Caribana.

Back home in LA, Khloe Kardashian spent the weekend with her and Tristan's daughter. Khloe even posted an adorable photo of baby True on Instagram, following a throwback picture while she was still pregnant. But, Tristan's doing his best to prove his loyalty to Khloe. Just the other day, he surprised her with cake and balloons to celebrate the launch of her activewear line. So, we'll give him the benefit of the doubt - for now.