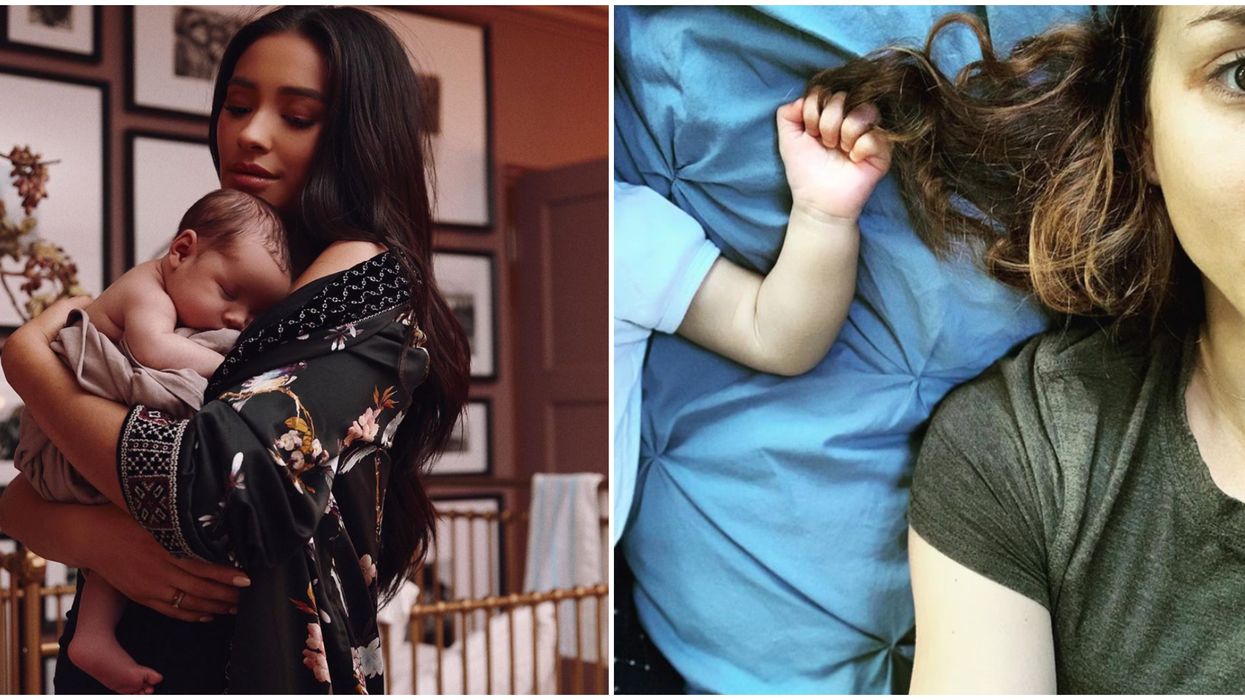 Since they gave birth to their daughters, fans have been incredibly curious about Troian Bellisario and Shay Mitchell's baby names. Many celebrities have been known to give their children unique names, and in the case of these two actresses, fans were hoping for baby names that were inspired by Pretty Little Liars.

Since she shook the world by announcing that she was pregnant with a baby girl, Mitchell's followers were hoping that she would honour her role on PLL by naming her daughter Emily. Mitchell and her baby daddy, Matte Babel, had other plans though and chose the name Atlas Noa.

After giving birth to her daughter, Bellisario kept things pretty well under wraps, and it wasn't until recently that she accidentally revealed the name of her baby — Aurora.

Now, PLL didn't include any characters with either of these names, but the entire premise of the show was the girls being harassed by a mysterious person named "A." Apparently seven seasons of being stalked weren't enough, because both actresses gave their daughters names that start with the infamous letter.

"It never crossed my mind until like an initial occurred. We were playing in our playroom and I just put A's everywhere, and then I was like, 'Oh my God, I've done it to myself.' Like I have nobody to blame for this and it's so funny that a motif will crop up in your life totally unconsciously," Bellisario told Teen Vogue.

Initially, she and her husband, Patrick J. Adams were considering boy names as they weren't sure what the sex of the baby was. The couple referred back to Greek mythology to come up with a name that had something to do with the sun,  and eventually, Aurora came up and never really went away.

Bellisario also talked to Teen Vogue about how ironic it was that Mitchell also carried on the legacy of "A" with her baby's name.

"That is a name that she told me she's had it since she was young, so way before Pretty Little Liars. It just happened that we want our children to go with the first of the class and everything, I guess," she said.

Aurora and Atlas may be too young to understand the significance of their names now, but one day they'll watch PLL and realize what a coincidence it is.