There's several issues Singh intends to bring up with the Prime Minister. 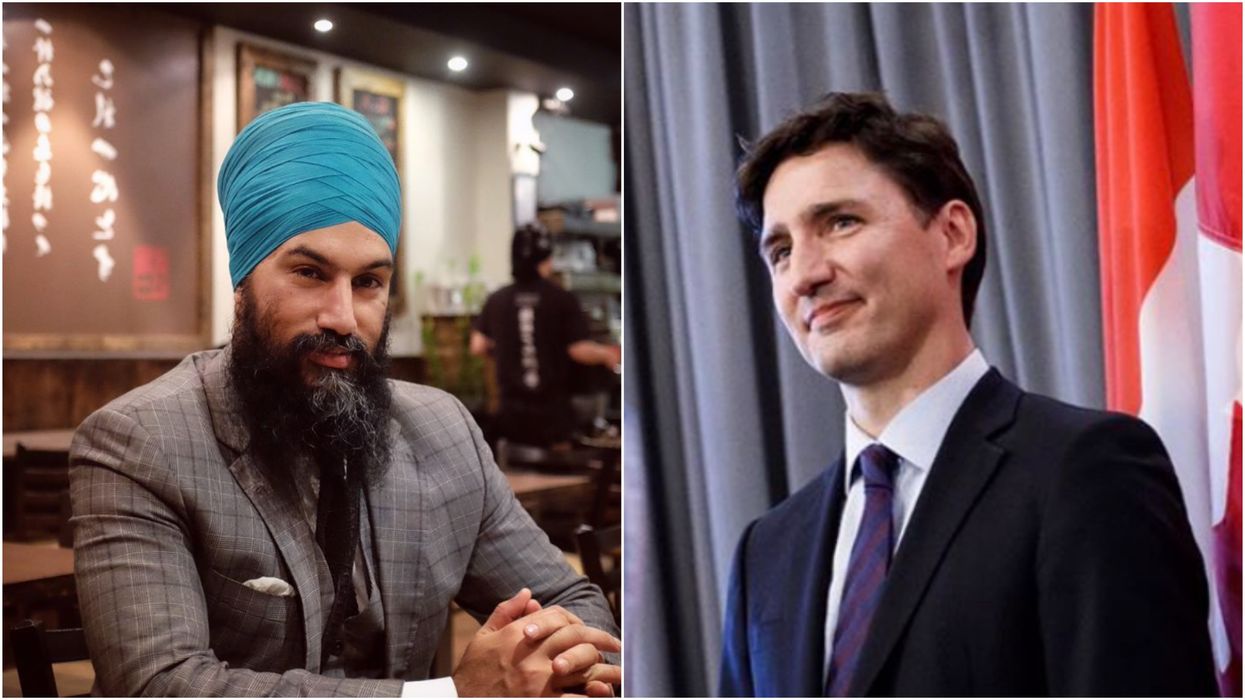 It’s been a busy week so far for the Prime Minister, who has been meeting with Canada’s leading politicians for the first time since the federal election. After “disappointing” meetings with Conservative leader Andrew Scheer and Saskatchewan Premier Scot Moe this week, Trudeau is probably hoping for a more productive chat with NDP Jagmeet Singh. Trudeau and Singh’s first meeting is scheduled to take place on Thursday, and Singh seems to have a plan.

This is the first time that Trudeau and Singh will have had an official meeting since the Liberals secured a minority government back in October.

Sharing a commitment to fighting the climate crisis, expanding affordable housing and creating a national pharmacare program, Trudeau’s meeting with Singh is expected to have a more fruitful outcome than his conversations with Scheer and Moe earlier this week.

Despite sharing common ground, Singh has already made it clear that he has no intentions to go easy on the recently re-elected Prime Minister, taking to social media to outline what he plans to bring-up during their Thursday-morning meeting.

Singh is expected to clearly lay-out his priorities on Thursday, in the hopes of using his party's position in a minority Parliament to get commitments on policies that reflect NDP platforms.

Taking to Twitter on Wednesday afternoon, the NDP leader made it clear that he was more than prepared for his meeting with the Prime Minister.

He explained, “Tomorrow I'm meeting with PM Justin Trudeau. On the shortlist for me: 1. Work together to deliver universal pharmacare for all.”

Singh went on, “2. Stop taking Indigenous kids to court & drop the appeal of the ruling on First Nations child welfare. And more – looking forward to it.”

Tomorrow I'm meeting with PM @JustinTrudeau. On the shortlist for me: 1. Work together to deliver universal pharm… https://t.co/CasEgLLOae
— Jagmeet Singh (@Jagmeet Singh)1573671860.0

In response to Singh’s tweet, one of his followers asked if he’d also be bringing up the climate crisis with Justin Trudeau. Singh simply responded, “absolutely.”

Singh's first priority is expected to be getting Liberal support for the immediate creation of a national universal pharmacare program.

The NDP leader is also expected to urge Trudeau to drop the legal challenge of a Canadian Human Rights Tribunal ruling that ordered Ottawa to pay $40,000 to Indigenous children who were wrongly placed in foster care after 2007.

It is not yet known whether these issues will become part of the Liberal government's plans.

Trudeau met with Conservative leader Andrew Scheer on Tuesday, who took to social media after their meeting to reveal what went on.

The Prime Minister also had a “disappointing” chat with Saskatchewan Premier Scot Moe, who was unimpressed with Trudeau’s “commitment” to the Province.

.@PremierScottMoe and I sat down in Ottawa today to talk about our priorities. I’m committed to working together to… https://t.co/BfRDVNJDHH
— Justin Trudeau (@Justin Trudeau)1573593501.0

Details from the meeting with Singh are expected to emerge on Thursday afternoon.

Earlier this week, Prime Minister Justin Trudeau announced that he would convene the new Parliament on Thursday, December 5.