Similar billboards have already gone up across Canada. 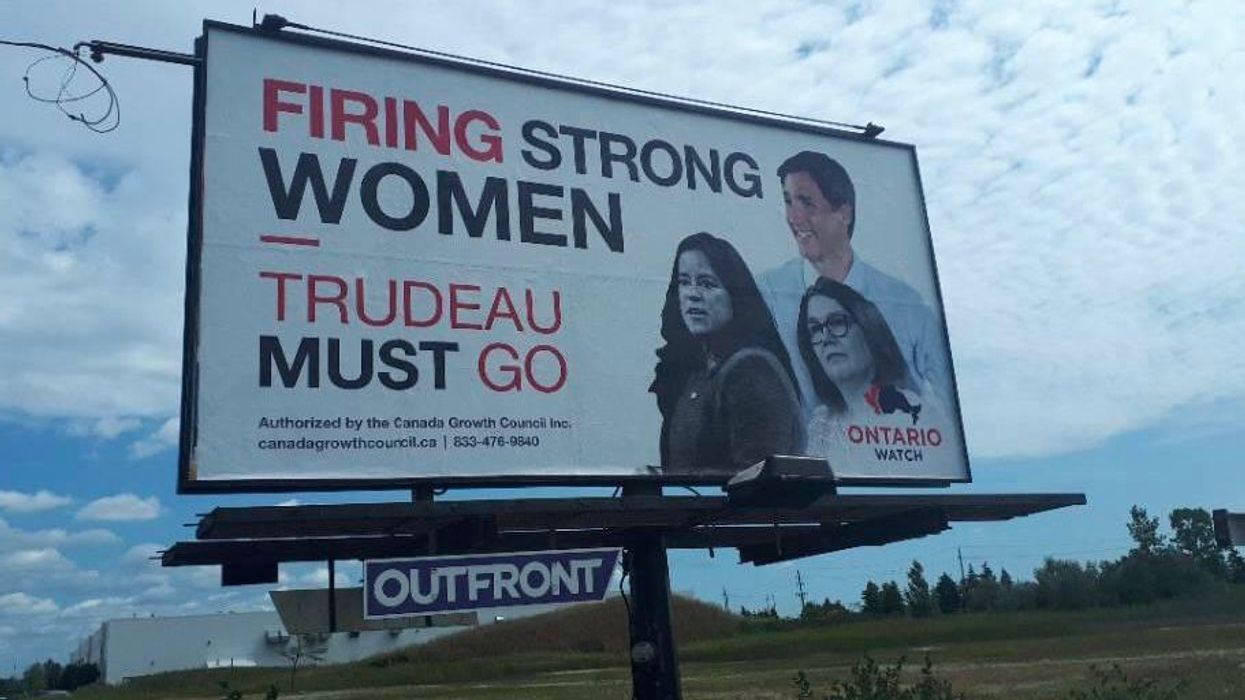 It looks like the smear campaigns for the Canadian election are already in full swing, and Justin Trudeau is the first one in the crosshairs. A number of anti-Trudeau billboards have started popping up around Ontario, including in Toronto. They do not paint a flattering picture of the current Prime Minister.

"We can't afford four more years," the billboards read in large red and black letters. A photo of Trudeau is adorned with reminders of "tax hikes," "Liberal scandals," and "broken promises."

There have been similar billboards spotted in other parts of Ontario, such as one that reads "Firing strong women, Trudeau must go." This one also includes photos of Jody Wilson-Raybould and Jane Philpott, cabinet ministers that Trudeau had let go during the height of the SNC-Lavalin scandal.

If someone were to look a little closer at the bottom left corner of these billboards, they would also see this message: "Authorized by the Canada Growth Council." The Canada Growth Council (CGC) had already started running advertising campaigns against Liberal candidates in other provinces. Now, it seems their sights are set on Ontario.

The CGC is a political action committee funded by individual donors and businesses across Canada.* According to the CGC website, the group believes in "free enterprise, small government, low taxes, trade, wealth creation, and supporting key economic industries in Canada." That last part applies particularly to the gas and oil industries in western provinces.

Canada's political parties have already started their advertising campaigns for the upcoming October election. Canadians have now seen official ads and slogans from the Liberal and Conservative parties, as well as billboards from the People's Party of Canada (which were promptly taken down).

The Canadian election will be taking place on October 21, 2019.