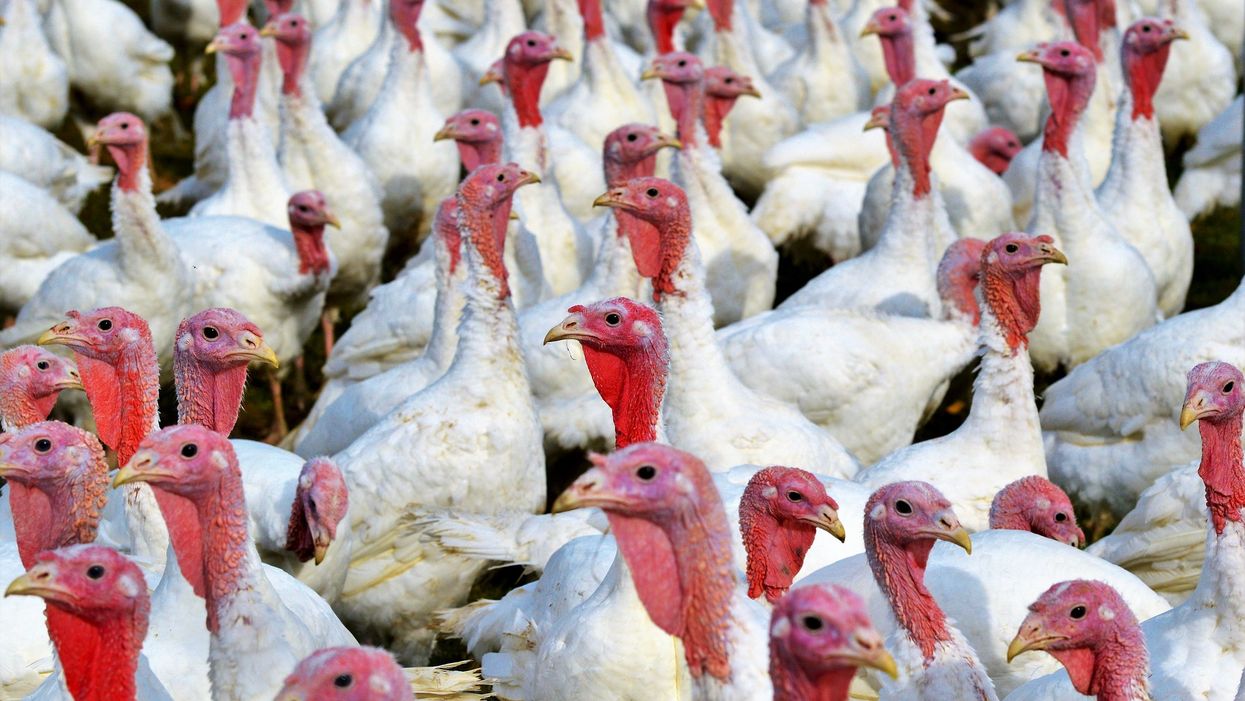 Dozens of Albertans came out on Labour day yesterday for a turkey farm protest near Fort Macleod, Alberta. The protestors called the conditions at the farm inhumane with four thousand birds cramped together. Roughly 60 people turned out for the protest, with half of them illegally planted inside the Jumbo Valley Hutterite turkey farm and the rest outside on the highway with signs.

The protestors were not with any group in particular and spent the early part of the day at the farm to free the turkeys. They rescued five turkeys from the farm that were given to them by the farmer and they will be taken to a sanctuary.

"Around 4,000 individual birds are kept here in barns for 14 weeks, which due to extreme crowding means very poor air quality, pest infestations so severe entire barns are occasionally fumigated," said activist Trev Miller, in an emailed statement to CTV News.

The manager of Jumbo Valley Colony, the operation's owner, told CBC News that the farm is fully regulated and they follow all animal welfare and food safety standards in the country.

Tom Tschetter told CBC the activists could do more harm by transferring disease from one environment to another walking into the barn.

The RCMP were called on-site to keep the peace between the protesters and the farmer.

Some of the activists recorded a live stream video from inside the farm and shared it to social media.

The protestors also shared a video of them driving away with the five turkeys they rescued from the farm. In the video, The five turkeys are shown in bigger cages riding in the back of the vehicle to be taken to an Alberta sanctuary.

The post owner has not responded to provide any comments on the video and the story will be updated once they do.

The RCMP are still investigating and there could be charges like breaking and entering, and mischief to property for the individuals