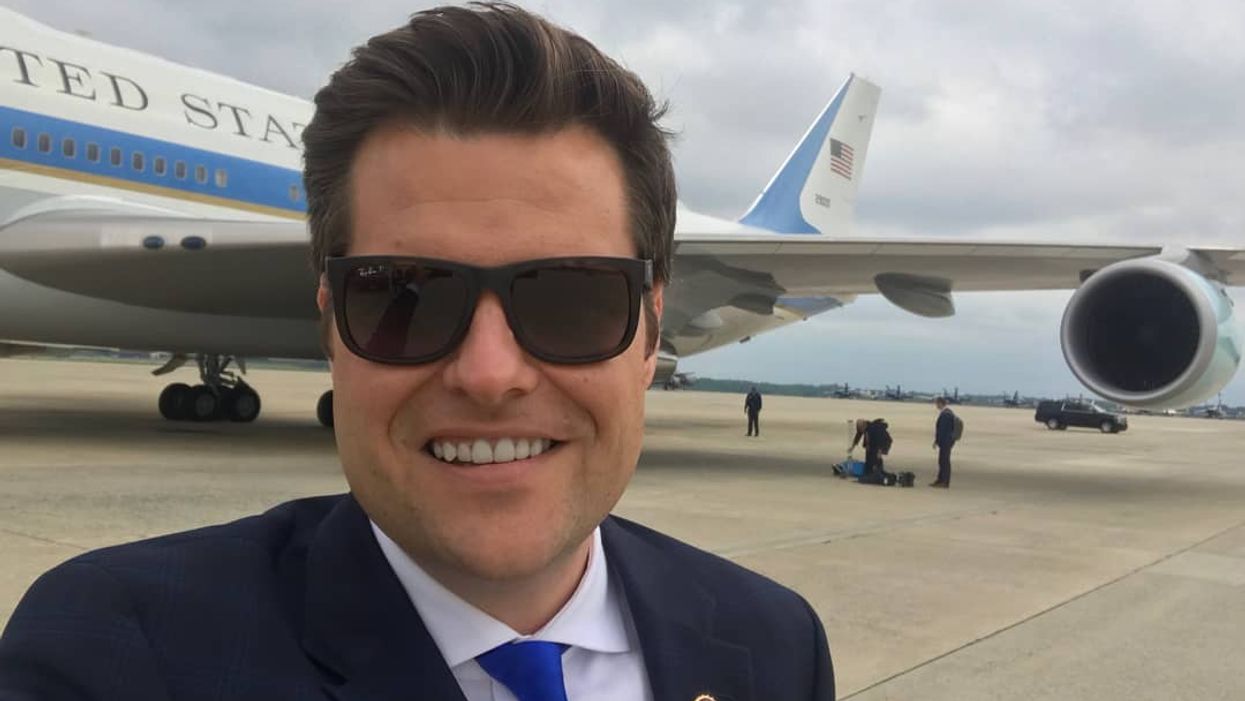 As far as political protests go, most that you usually see in the U.S. are peaceful - such as picketing and strikes. But now, the UK 'Milkshake' trend has made its way to Florida.

In the U.K, 'Milkshaking' has become the newest trend for political protest, and it's about as straight forward as it sounds - you throw a milkshake at a politician whose policies or beliefs you seriously disagree with.

Milkshaking first began to make headway in early May after a video went viral showing a man dowsing the founder of The English League of Defense, Tommy Robinson, in a strawberry milkshake during his campaign trail. Other British right-wing political leaders being hit with the creamy beverage soon began to follow in the English media.

This form of protest seems to be aimed at those who support the far-right in England; the U.S. equivalent is often compared to Republicans.

On Saturday, June 1st, Republican Florida congressman Matt Gaetz went out for a town hall luncheon at Brew Ha Ha in Pensacola, Florida. On his way out, picketers surrounded him chanting loudly - then suddenly a cup comes flying at him, covering his arm and shirt with what appears to be a strawberry milkshake. This might actually be the first ever milkshaking on U.S. soil.

You can see the video footage of Matt Gaetz being hit with the milkshake in the video posted to Twitter below.

While throwing a milkshake at someone seems as though it'd be a dismissable minor offense, the alleged attacker, Amanda Kondrat'yev, age 35, was charged with battery & assault. Kondrat'yev ran against Gaetz in the 2016 congress election as a Democrat.

Since this news has been announced Twitter has been flooded with comments. Most of the reactions to the milkshake-ing are priceless, making jokes and hilarity at the expense of congressman Gaetz, some even believe he deserved it.

You can see some comments from today below:

Couldn't have happened to a better person

Another fine British gift to the world.

Did it bring all the boys to the yard and did he teach them all or have to charge?

Not everyone found the milkshake toss to be amusing, one commenter even called out Floridians, saying "That's is why you can't have nice things", while another comment bashed the media for reporting the event in the first place.

@bbcworld is advocating violence on members of government. Clown world

Keeping it classy, Florida. That's why you can't have nice things.

Some people don't even care that it happened, they're just disappointed that a perfectly good milkshake went to waste. Others are just confused about what the heck Milkshaking even is.

What a waste of a good milkshake.

What does it mean?

No matter what your stance is, you can see the outpouring of comments on the Twitter post here.