They present an unacceptable risk of electric shocks and burns. 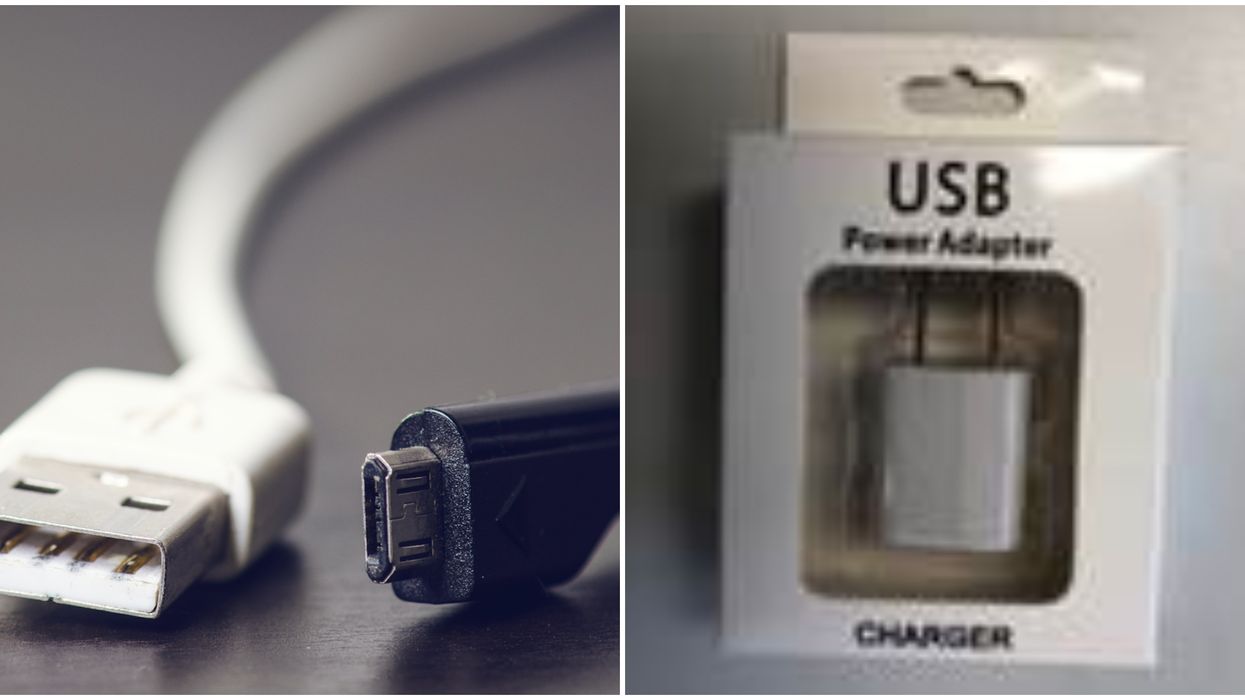 Discount USB chargers that were sold in Ontario and Nova Scotia are being recalled by Health Canada. Several products are being returned due to the fact that they could be a fire hazard. Four different brands are being named in the dollar store USB charger recall in Canada.

According to Health Canada, these chargers present an unacceptable risk of electrical shocks or burns, in addition to possibly bursting into flames.

The items were sold at several Great Canadian Dollar Store and Gift Market Discount Centre locations. These products were tested by the agency as part of a national compliance and enforcement project.

If you own one of the recalled charges, you can return it for a refund. Or, another suggestion from health officials is to just cut your losses and throw it away (following your area's electrical waste guidelines, of course).

There are a number of ways to find out if a charger you bought might be counterfeit.

Health Canada warns that if the product is missing certification labels (you can ask a store employee to show you these before purchasing), the prongs are loose, or it just generally appears to be poorly made, you should stop using it immediately.

The government body also suggests looking for grammatical errors or weird fonts on the packaging.

Another thing to look out for is a suspiciously low price.

Replacing an authentic charger can be expensive (an Apple charger for iPhone or iPad can cost $39). But you should be concerned if an electrical charger costs less than a cup of coffee.

It's probably better to spend the extra money and not worry about burning down your house or getting a serious electric shock.

Health Canada has compiled a list of all the brands of chargers it has recalled on its website.

Samples were collected from stores in British Columbia and Nova Scotia. However, some of them were imported by companies located in Ontario.

A similar recall took place in 2018 when a different set of counterfeit chargers were also recalled for presenting severe safety hazards.

Just over 31,000 units are affected by this product recall. A complete list of them is included in the advisory, as well as photos.

It is recommended that if you think you have a counterfeit charger that you immediately stop using it.